Taiwanese multinational electronics manufacturer Foxconn has announced two, new self-developed concept prototype electric vehicles – the Model B crossover hatchback (photographed in red) and the Model V all-terrain pickup (pictured in blue). In addition, Foxconn also introduced a production version of the Model C, a crossover (photographed in white) that will go on sale in Taiwan next year.

The two new prototype EVs and production version of the Model C represent the next step in the company’s efforts to muscle into the automotive world in much of the same way it did with electronics manufacturing. 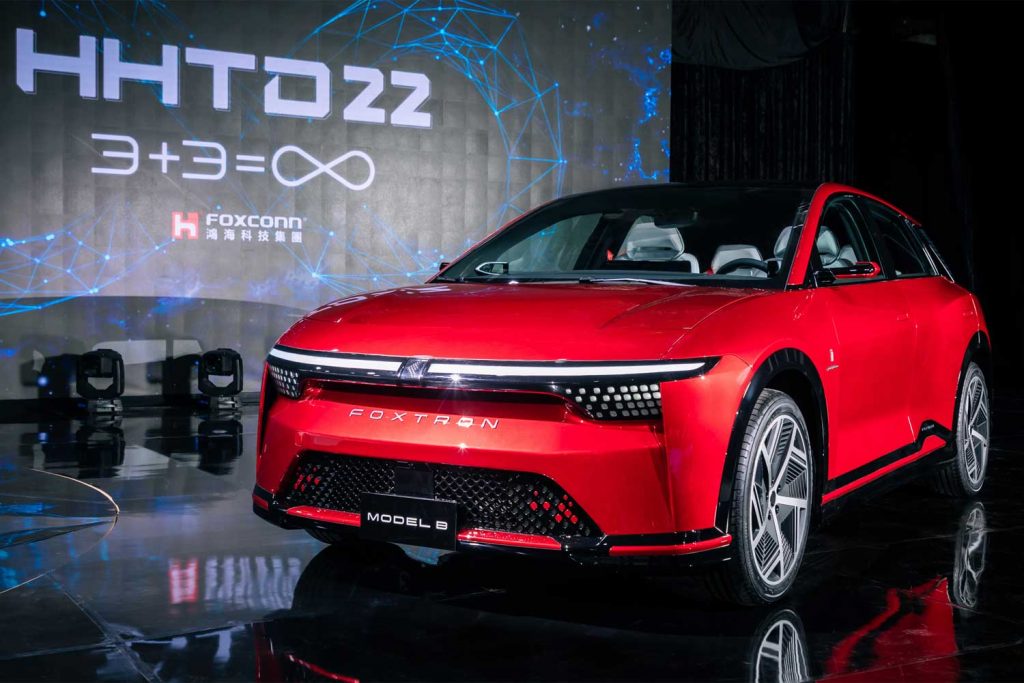 “The rapid development of Hon Hai in the field of electric vehicles is a continuation of the Group’s growth and innovation. In the past, we assisted global brand customers to transform the consumer electronics industry chain, step by step, providing consumers with extraordinary and affordable technology products,” said Hon Hai founder Terry Gou. “In the future, Hon Hai will certainly redefine the EV industry and provide drivers with safe and comfortable user experience in transportation.”

It’s worth noting that Hon Hai Technology Group is known as Foxconn internationally. 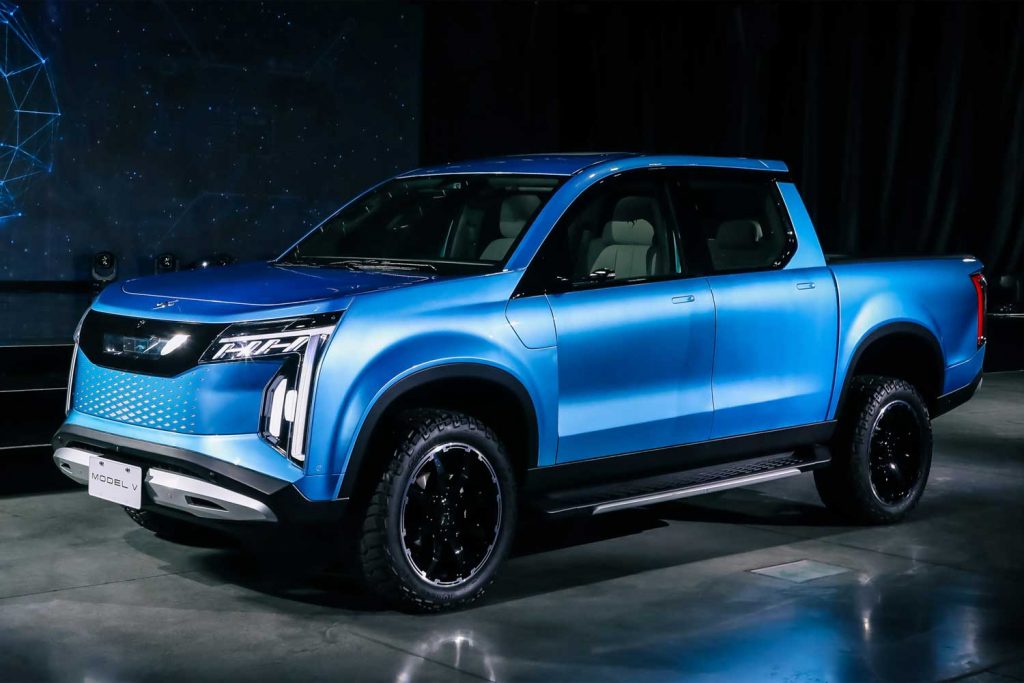 In regards to the two new EV prototypes revealed, the Model B crossover hatchback is designed to appeal to the younger generation, with a smaller footprint close to that of a subcompact, and delivers excellent efficiency. As for the Model V pickup, it completes Foxconn’s vision of a well-rounded lineup. This all-terrain electric truck can tow up to three tons, and is equipped with a bevy of safety and intelligent technologies. No other specs or technical details were provided at the time of the announcement.

It’s worth mentioning that neither Foxconn or Hon Hai will not be manufacturing these EVs under their own brand.

As a reminder, Foxconn currently owns the former GM Lordstown Plant in Ohio. GM previously operated the facility, where it last built the Chevy Cruze until mothballing the plant. After shutting down production, GM sold the facilities to EV truck startup Lordstown Motors. In the deal, GM received almost eight million shares in exchange for selling the plant at a discounted rate. Lordstown Motors planned to use this facility to manufacture the Lordstown Endurance pickup.

However, GM sold its stake after the release of a short-seller report in early 2021, which accused Lordstown Motors of misleading its investors in regard to real-world demand for the Lordstown Endurance along with its actual production capacity. Cofounder and CEO, Steve Burns, ultimately resigned as a result of said report. Lordstown Motors then sold the plant to Foxconn, which will now produce the Lordstown Endurance pickup, among other electric vehicles.