Custom trucks are pretty popular these days, but this rig steps it up to a whole new level. What we’re seeing here is a 1993 GMC TopKick boasting a variety of interesting upgrades and unique touches, and, as it just so happens, it’s up for sale, as well.

For those readers who may be unaware, the GMC TopKick, alongside its corporate cousin, the Chevy Kodiak, were produced between 1980 and 2009 as variants of the medium-duty C/K truck line, with three generations coming and going over the years. Essentially, these massive machines serve as cargo haulers, buses, utility vehicles, and the like, and now, we’re checking out this particular custom version now offered for sale. 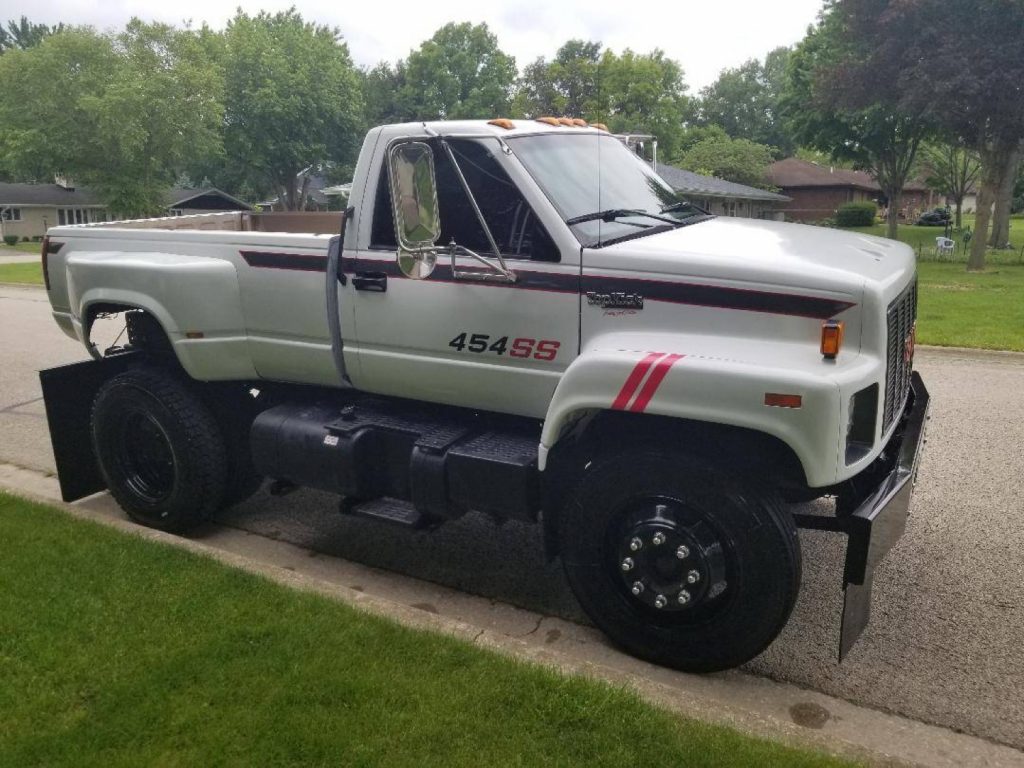 The first thing to grab us about this 1993 GMC TopKick is the pick-up truck bed conversion, with the truck now boasting an eight-foot Chevy Silverado HD dually bed. The truck is riding on powder-coated 22.5-inch steel wheels wrapped in new 40-inch tires, and it’s also running a set of Illinois B-truck license plates, which are issued to Second Division vehicles weighing 8,000 pounds or less. Of course, we also have to mention the Chevy 454 SS decals and Grand Sport striping, which may or may not tickle your fancy.

Under the hood is a 6.0L fuel-injected V8 engine, which mates to a five-speed Eaton manual transmission and Eaton rear end with a 4.63 final drive ratio. The listing states that the rig can return upwards of 10 mpg while towing 10,000 pounds. 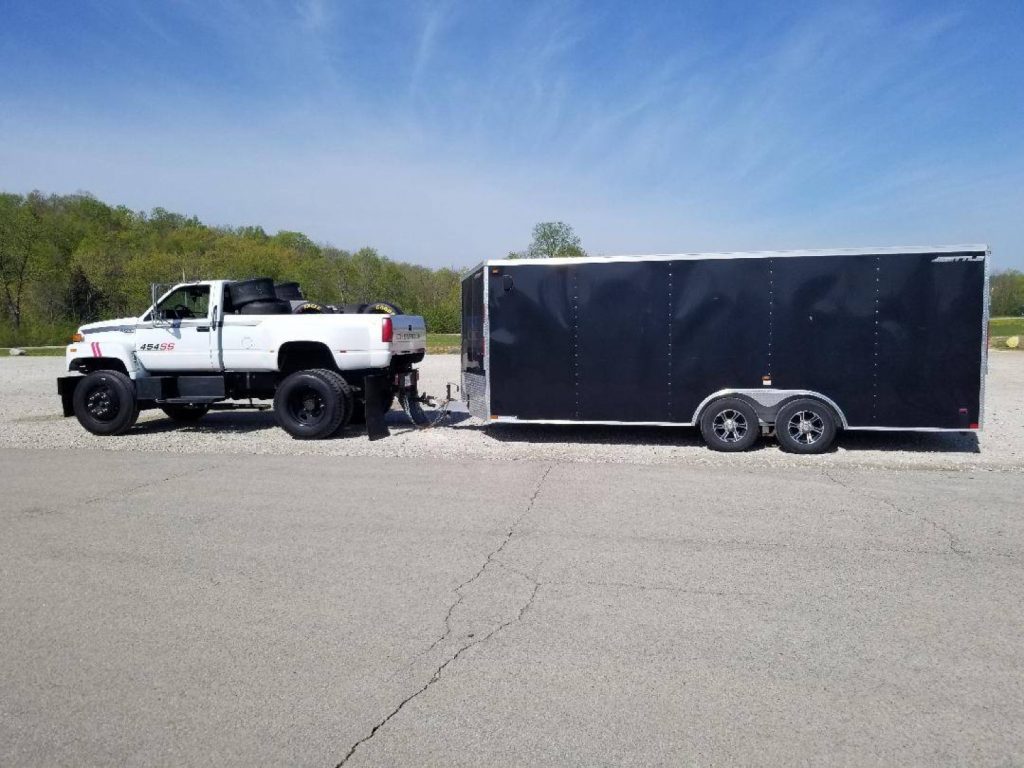 Upgrades were made to the interior as well, with a new Alpine audio system, hands-free phone system, Bluetooth-enabled stereo, and CD head unit, although photos of the cabin are unavailable.

“Just about everything imaginable has been mechanically restored, replaced or is new,” the listing states. 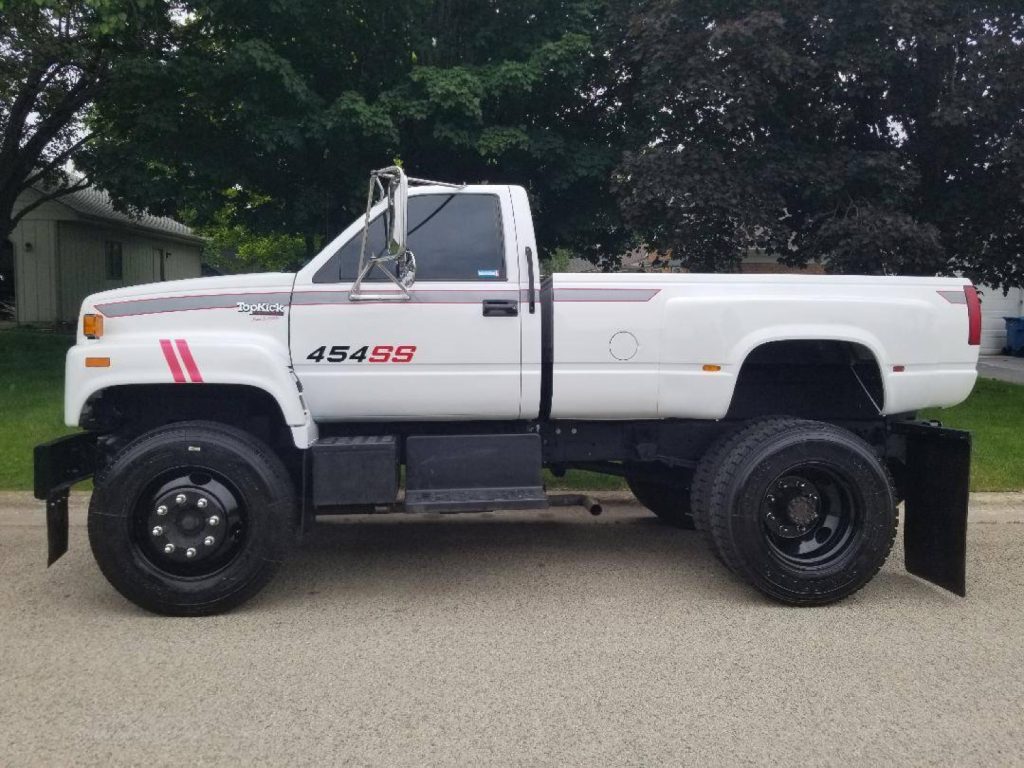