Chevy Trailblazer sales decreased in the United States, Canada, and South Korea during the third quarter of 2022.

In the first nine months of the year, Trailblazer sales decreased about 43 percent to 41,932 units.

In the first nine months of the year, Trailblazer sales decreased about 50 percent to 3,229 units.

In the first nine months of the year, Trailblazer sales decreased about 28 percent to 11,679 units.

Chevy Trailblazer sales during the third quarter of 2022 kept the Bow Tie’s subcompact crossover in fourth place among 20 entries when ranked by sales volume. The Jeep Compass moved up to first place with a 14 percent sales decline to 20,631 units. The Honda HR-V dropped to second place with a 47 percent slide to 19,539 units, while the VW Taos jumped up two spots to take third place with a 44 percent bump to 18,880 units. The Trailblazer remained in fourth place with a 32 percent drop to 17,388 units. The Trailblazer’s corporate cousin, the Chevy Trax (see running Chevy Trax sales), placed 15th with a one percent bump to 6,329 units.

The four GM vehicles in the mainstream subcompact crossover segment, the Chevy Trax and Trailblazer along with the Buick Encore and Encore GX, accounted for a cumulative 37,029 deliveries. That was good for an 18 percent segment share, putting The General in second place in the segment from an overall volume standpoint.

By comparison, the three Stellantis rivals – the Jeep Compass, Jeep Renegade, and Fiat 500X – accounted for a cumulative 27,333 deliveries for a combined 13 percent segment share for third place overall.

Toyota’s newest model, the Corolla Cross, joined the mainstream B-crossover segment earlier this year to most likely replace the C-HR, which has performed poorly from a sales volume standpoint. During the second quarter, Toyota saw a combined 16,439 sales of the C-HR and Corolla Cross, for a seven percent segment share.

Meanwhile, Hyundai – with the the Kona and Venue – and Kia – with the Seltos, Niro, and Soul – saw a cumulative 50,145 deliveries, which account for a combined 24 percent segment share for a solid first place finish.

However, a strong argument can be made that the Kia Soul is not part of the segment in question, but rather competes one segment below based on its size and price point. Removing the Soul from the Hyundai-Kia total nets 33,308 deliveries for a combined 16 percent segment share, placing the Hyundai-Kia conglomerate to second place behind GM at first under this scenario.

On a related note, the automakers listed above with multiple models all posted similar cumulative sales numbers last quarter, maintaining the same ranking and same, or nearly the same, segment share percentage, respectively. The segment overall, though, was down about 16.5K deliveries quarter-over-quarter. Also, while the Trailblazer posted an eight percent segment share, the top-spot Compass held a share of just 10 percent. This all exemplifies how competitive and crowded this segment has become. 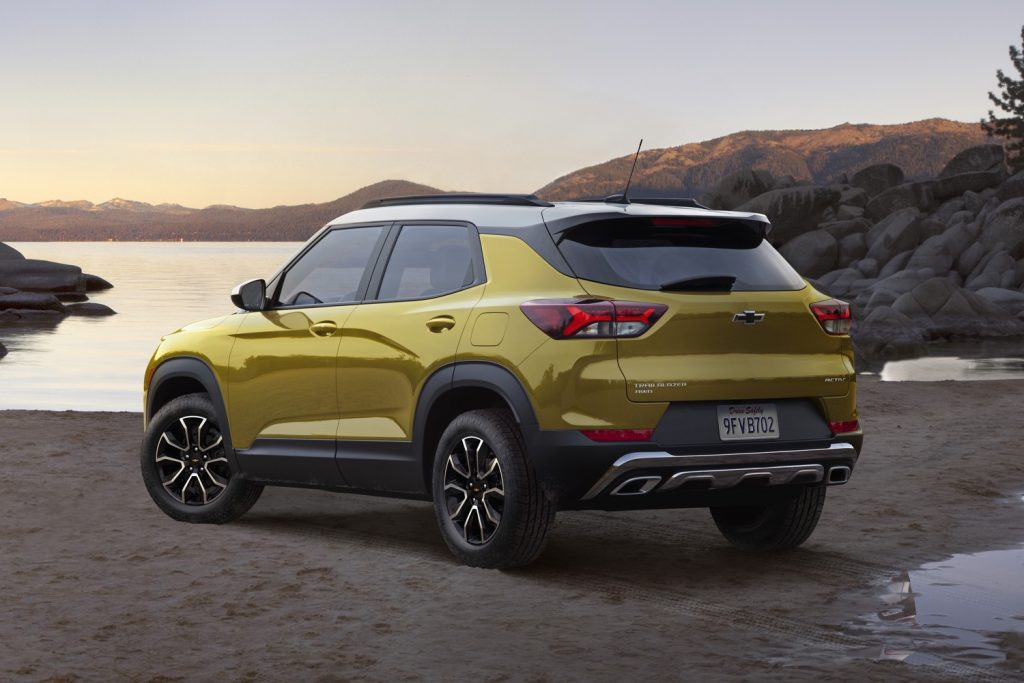 Chevy Trailblazer sales, which encapsulates one of the most crowded segments we report on – with 20 entries, remained in fourth place from last quarter – a decent showing. And with four models total from Chevy and Buick in mainstream subcompact crossover segment, GM cumulatively took the first or second spot depending on whether the Kia Soul should be counted, as noted above.

The model’s somewhat lackluster performance was caused by limited supply as a result of production disruptions. Like most models in The General’s portfolio, limited retail supply is the result of ongoing global supply shortages, including but not limited to the ongoing global semiconductor microchip shortage. In fact, the Trailblazer was at just eight days supply earlier this month, five days supply at the beginning of September, and a scant three days supply in early July. Apart from addressing microchip shortages and parts supply issues, GM will expand production of the Trailblazer for the U.S. and Canada by 6,000 units.

To further address production issues, the 2023 Trailblazer adopts a port consensus order model, determining the way in which dealers order the crossover. That means GM builds the vehicles which it thinks are needed, as defined within existing constraints, rather than dealers requesting the vehicle they want from the factory at regular intervals. 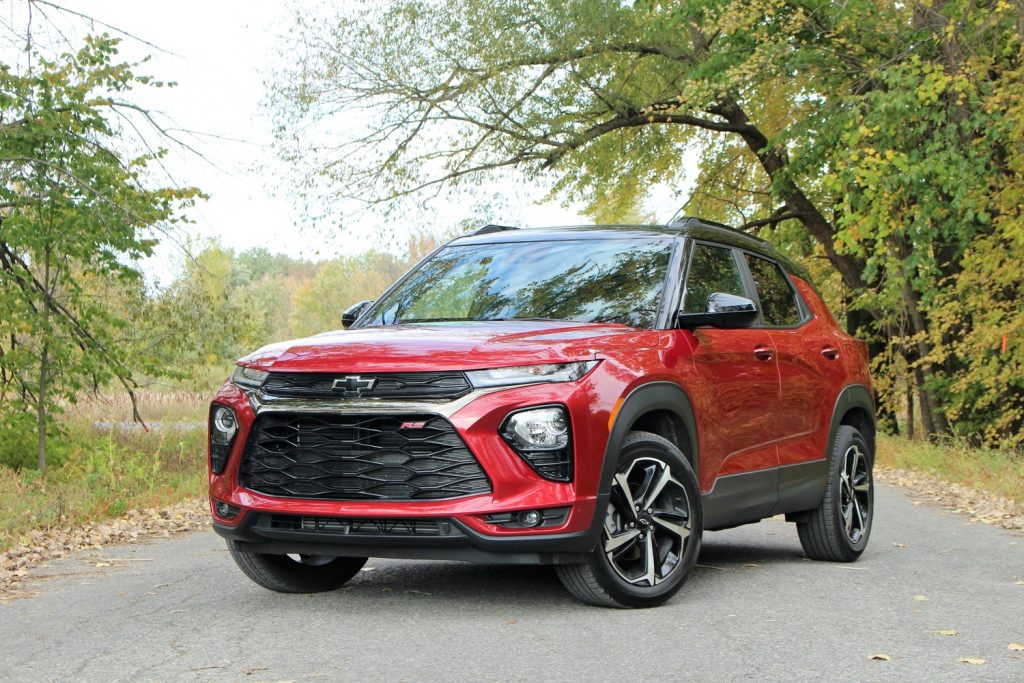 Chevy’s subcompact crossover has proven to be popular among buyers, offering unique models – from the sporty RS to the off-roady Activ trim. A year ago the Trailblazer earned its highest-ever share in the segment, and the model continues to receive top ratings. In November 2021 the Trailblazer received a perfect reliability rating by Consumer Reports. This was followed by the 2022 Chevy Trailblazer earning a  2022 Top Safety Pick+ award from the Insurance Institute for Highway Safety the following February, itself following the same award from IIHS back in September 2021 for the 2021 Chevy Trailblazer.

The 2022 Chevy Trailblazer received minor changes and updates over the 2021 model year, which served as the model’s launch year. Changes included the base L trim level being dropped, which leaves the LS as the new base trim.

The 2023 Chevy Trailblazer arrives with minor changes as well. All Trailblazer models are available with front- or all-wheel drive configurations and are powered by either the turbocharged 1.2L I3 LIH engine or the turbocharged 1.3L I3 L3T engine. Production of the 2023 Trailblazer started at the GM Bupyeong plant in Bupyeong-gu, Incheon, South Korea on April 24th, 2022. 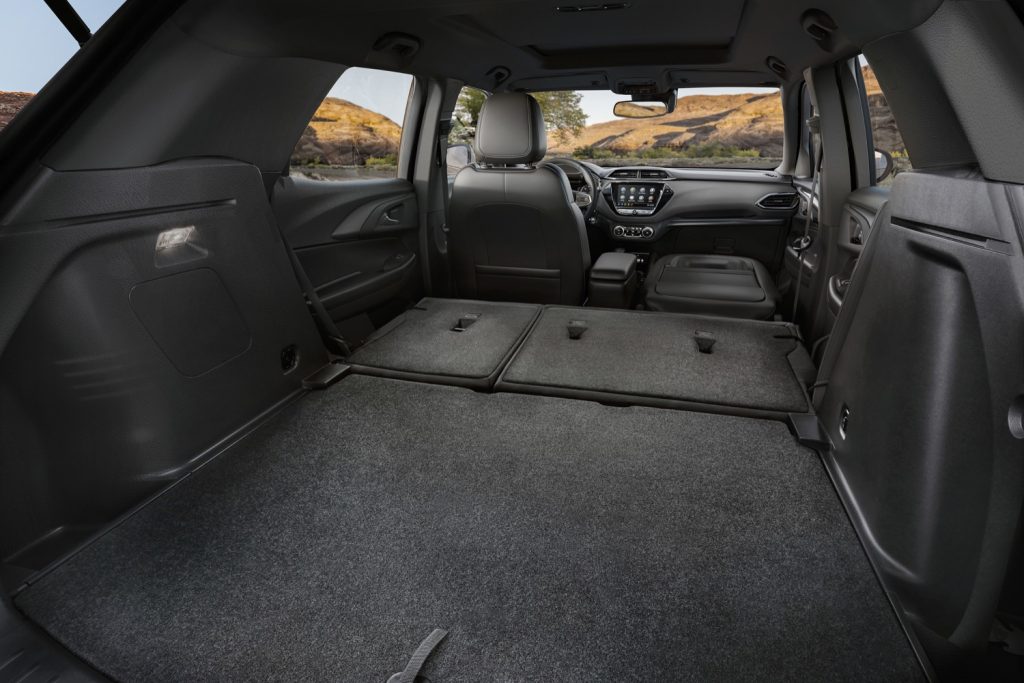 The Trailblazer was the most-affordable 2023 model-year GM vehicle available to order in the U.S. following the departure of the current Chevy Spark hatchback. But while GM was also set to drop the small Chevy Trax crossover from its lineup after the 2022 model year, the automaker subsequently confirmed it would release an all-new Chevy Trax later this year. It then debuted the next-generation 2024 Chevy Trax earlier this month as Chevy’s new entry-level crossover. 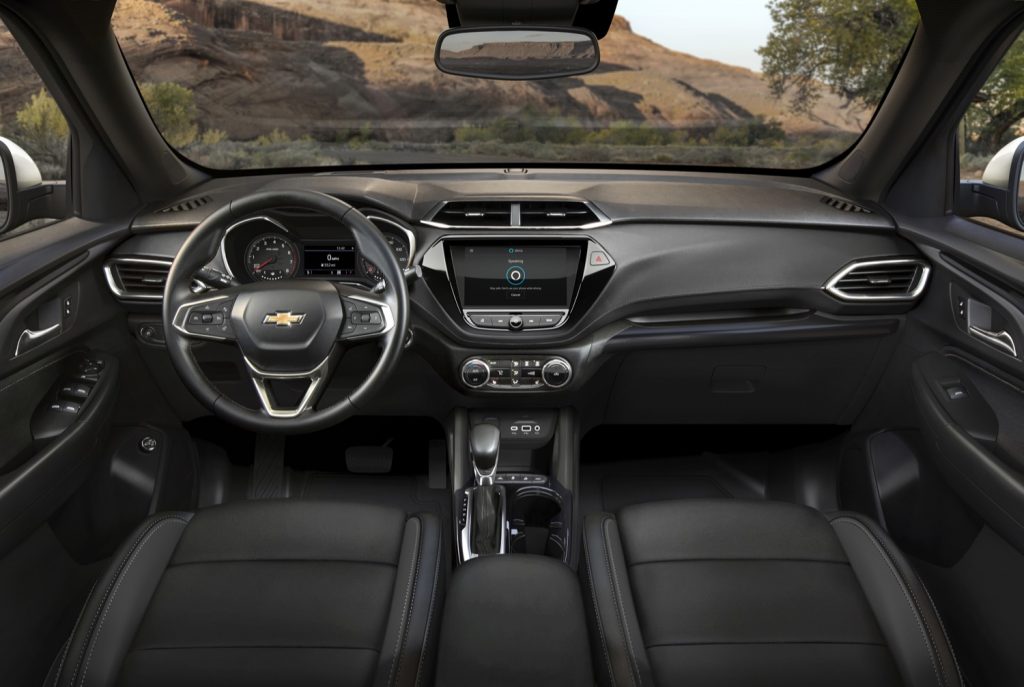