The Las Vegas Metropolitan Police Department (LVMPD) took one suspect into custody this past Monday after a high-speed race on public roads resulted in the destruction of a Chevy Corvette C8 Stingray. The other suspect was taken directly to the hospital. 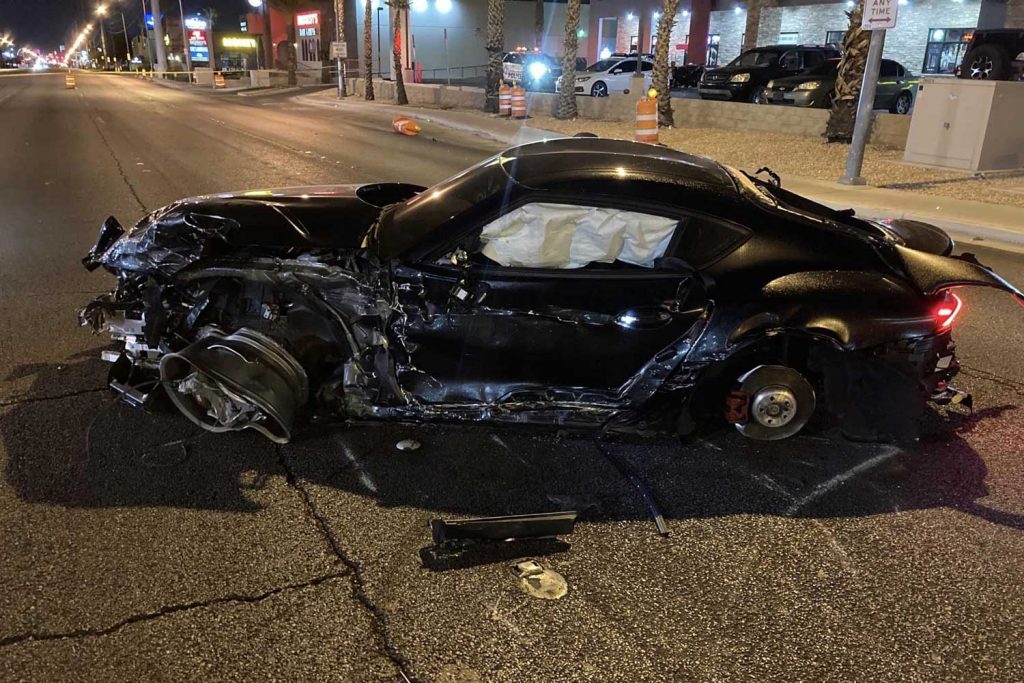 In a Facebook post, LVMPD responded to calls around 9 pm that there was a crash related to illegal street racing that involved as many as seven different vehicles.

“There was vehicle debris for approximately a quarter mile down the roadway, white smoke coming from a transformer, 3 vehicles with major damage, airbags deployed, and multiple other vehicles with minor to moderate damage,” described one officer. 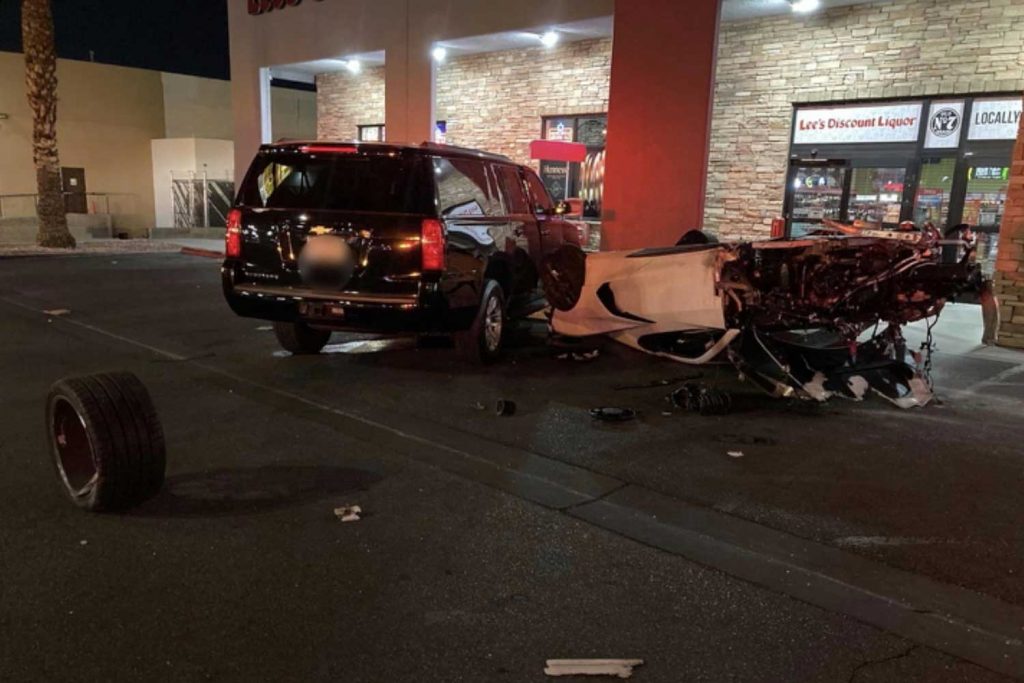 The ensuing investigation found that the C8 had been racing a GR Toyota Supra. The two vehicles were traveling at over 100 mph and failed to stop at a red light. The resulting crash destroyed a bus stop, hit a few parked cars and a fire hydrant, and knocked out power after light poles and power lines were found sparkling.

The suspect who was arrested was charged with multiple crimes including reckless driving, participating in a speed contest, and disregard for the safety of a person and property. 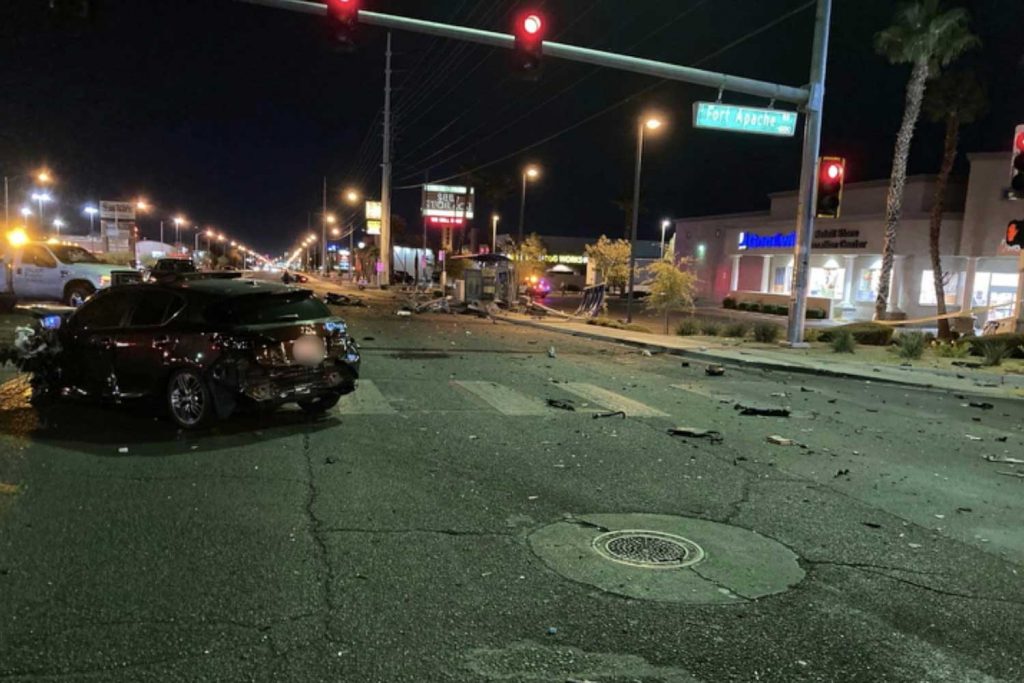 Unfortunately, these types of crashes don’t seem to be out of the norm for the C8 Corvette. GM Authority has covered Chevy Corvette accidents for some time now, with a few notable examples. These include a Lime Green Corvette that was split in half, a completely disfigured C8 that looked like it fell off a cliff, and a high speed crash in a residential area with a stolen vehicle.

This should be a given, but as a reminder, NEVER race on public roads. Leave the high speeds for the track. It’s simply not worth risking your life or the lives of others for a short-term thrill.