Kyle Larson in the No. 5 Nascar Chevy Camaro ZL1 was on the receiving end of a rather aggressive retaliatory act from Bubba Wallace in the No. 45 Toyota TRD Camry after the two had a run-in at Las Vegas Motor Speedway on October 16th, 2022. On October 18th, Nascar announced that Wallace will be suspended for one race as a result of his actions.

Nascar found Wallace’s actions of being in violation of Sections 4.3.A and 4.4.C & E of the Nascar Member Code of Conduct, which refer to penalties resulting from “intentionally wrecking or spinning another vehicle, whether or not that vehicle is removed from Competition as a result.” Wallace has been suspended from the next Cup Series event, which will occur at Homestead-Miami Speedway on October 23rd. Truck Series regular John Hunter Nemechek will drive the No. 45 Camry in his place.

“When we look at drivers historically, it’s been very rare if ever that we suspend drivers, so we don’t take that action lightly,” Steve O’Donnell, Nascar’s chief operating officer, said. “We view our penalties from what has to happen at the race track. It’s a driver-driven sport. Obviously, everybody’s very important to what takes place in the sport… we thought [Wallace’s actions] definitely crossed the line and that’s what we focused on in terms of making this call.” 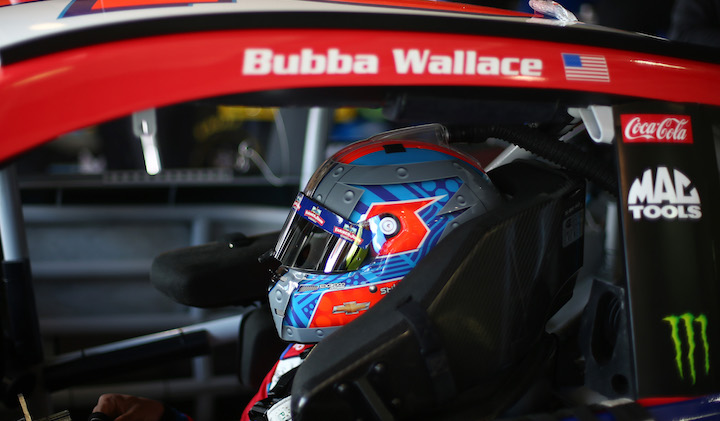 In an interview, Wallace initially said that he had lost steering in the No. 45 Camry and slammed into Larson’s No. 5 Nascar Chevy as a result. He has since issued an apology on social media.

“I’m sure with everything going on he’ll know he made a mistake in the retaliation part,” Larson stated in an interview after the incident. “I’m sure he’ll think twice about it next time.”