Autonomous vehicles may be safer for pedestrians if they are equipped with a set of “eyes” that indicate where the vehicle is “looking,” according to a recent study.

Performed by the University of Tokyo, the study found that a vehicle fitted with robotic eyes programmed to either look at the pedestrian or away from them, made it easier for bystanders to make safer or more efficient choices when crossing the street in front of the vehicle. 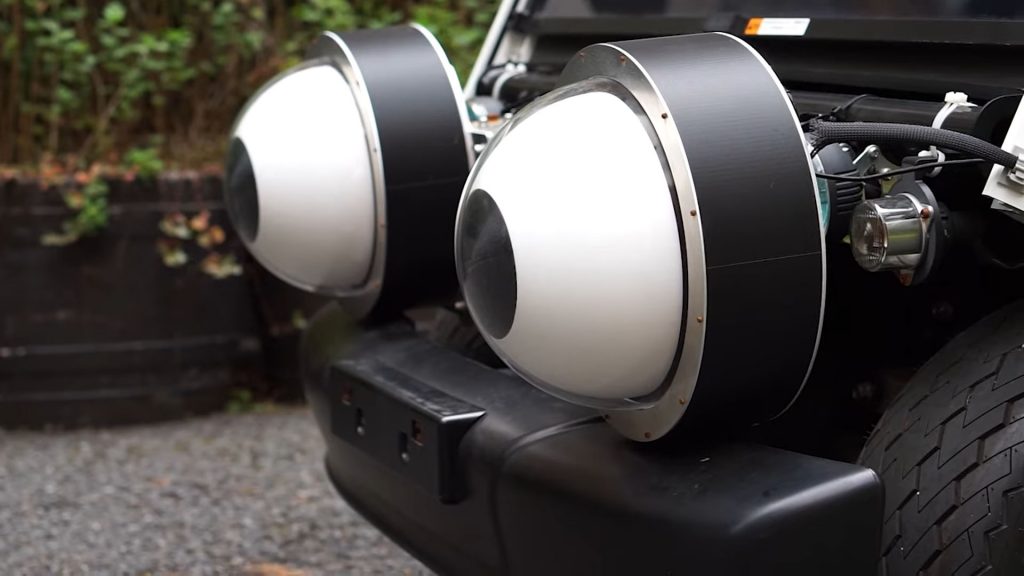 The test car for the study was named the “Gazing Car,” and featured a set of large, cartoonish robotic eyes affixed to the front of it. During the experiment, participants were asked to guess whether the vehicle intended to stop or not, judging by the direction of its mechanical eyes. Since it was deemed too dangerous to carry out this study in real life, participants were asked to take part in a virtual reality survey. Nine women and nine men were selected, and were asked to decide within three seconds whether or not they would cross the road in front of the Gazing Car depending on which way it was looking.

The eyes proved to be effective in helping the participants decide when it was safe to cross the road, and the study also witnessed a few interesting secondary results. The male participants were more likely to make dangerous decisions, but the errors were reduced with the vehicle’s mechanical gaze. The female participants were more cautious about their decisions, electing to stop even when the vehicle was planning on stopping anyway. The mechanical gaze also helped eliminate their errors.

However, the some participants found the mechanical eyes to appear creepy or scary, others found them cute.’

“In the future, it would be better to have a professional product designer find the best design, but it would probably still be difficult to satisfy everybody,” said Project Lecturer Chia-Ming Chang, a member of the research team. “I personally like it. It is kind of cute.”

GM’s autonomous vehicle arm, Cruise, has not implemented a mechanical eye system for its vehicles, but it has named its prototype EVs. For example, one Chevy Bolt EV is named Poppy. Personification of autonomous vehicles could very well smooth their path forward and make things safer for pedestrians and occupants, although a recent study suggests that true autonomy may never actually be possible.