Go-fast pickups are as popular as ever, with automakers and enthusiasts alike stuffing the body style with horsepower and torque for impressive high-speed thrills. Now, one digital artist is taking the Chevy Silverado 1500 to a new level with this wild hot rod concept. 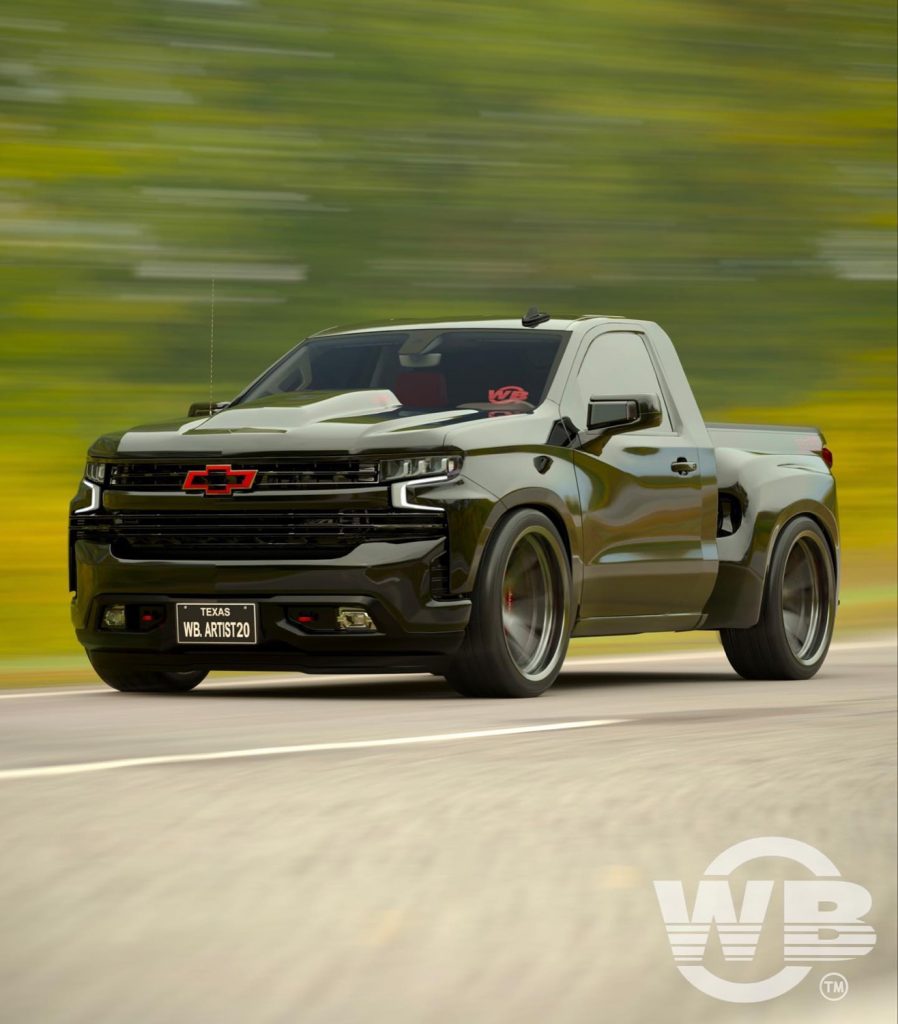 Coming to us from digital automotive artist Oscar Vargas (@wb.artist20), this unique concept is dubbed the Chevy Silverado Stepside 632 SS.

“Originally I was going for just a single cab stepside, then I remembered I had a 632 3D motor in my files so I had to use it on this,” the artist writes.

We’re certainly glad he did, because this thing looks mean in all the right ways. Let’s start in front, where we spot the familiar fascia of the refreshed Chevy Silverado 1500, with narrow headlights underscored by C-shaped daytime lighting signatures. A large Flow Tie badge is front and center, outlined in red, while red detailing was added to the lower tow hooks as well. 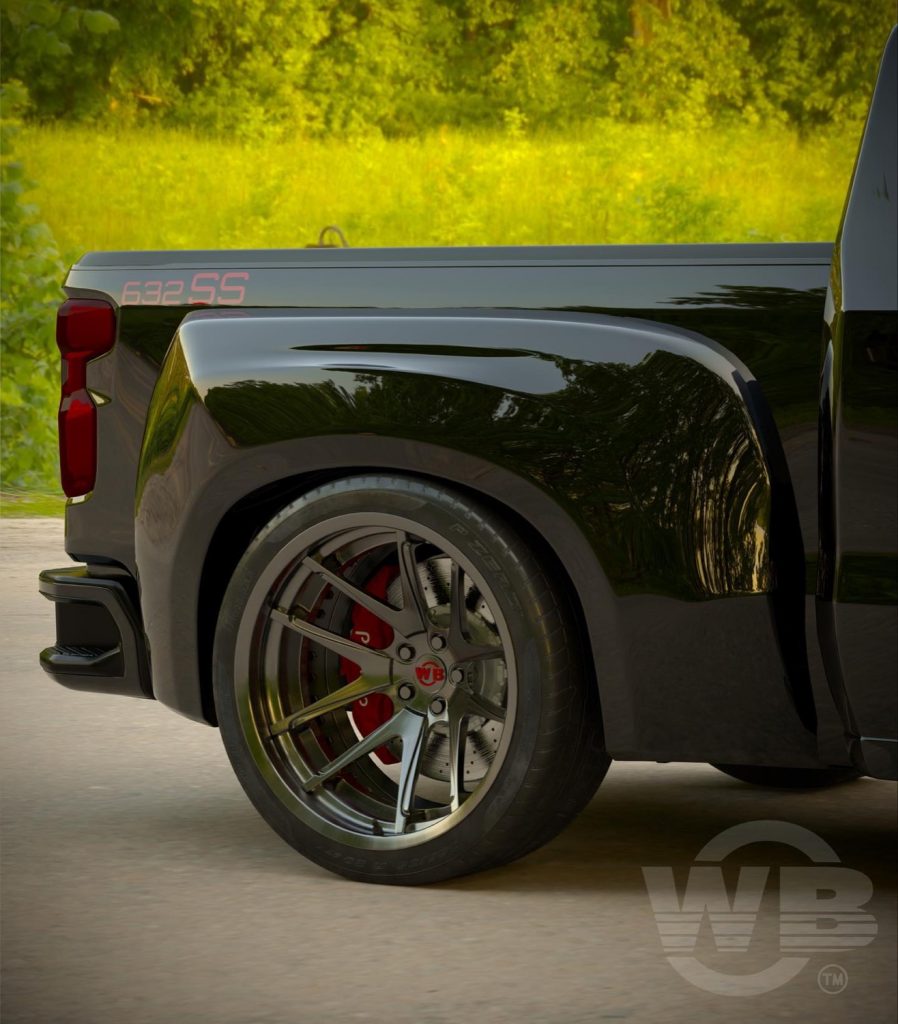 Naturally, this thing is running a massive cowl hood, hinting at all the cubes lying in wait underneath. The profile also shows off plus-sized split spoke wheels wrapped in low-profile rubber, with positively gargantuan brakes filling the center. The truck is lowered nicely on top of the wheels, lending it an ultra-aggressive appearance that’s sure to intimidate anyone in the other lane.

The Chevy Silverado’s ultra-short length also underlines this truck’s performance intentions, with nicely flared rear fenders to complement the stance. Red detailing is everywhere, from the brake calipers, to the wheel center caps, to the decals, complementing the black paint nicely. 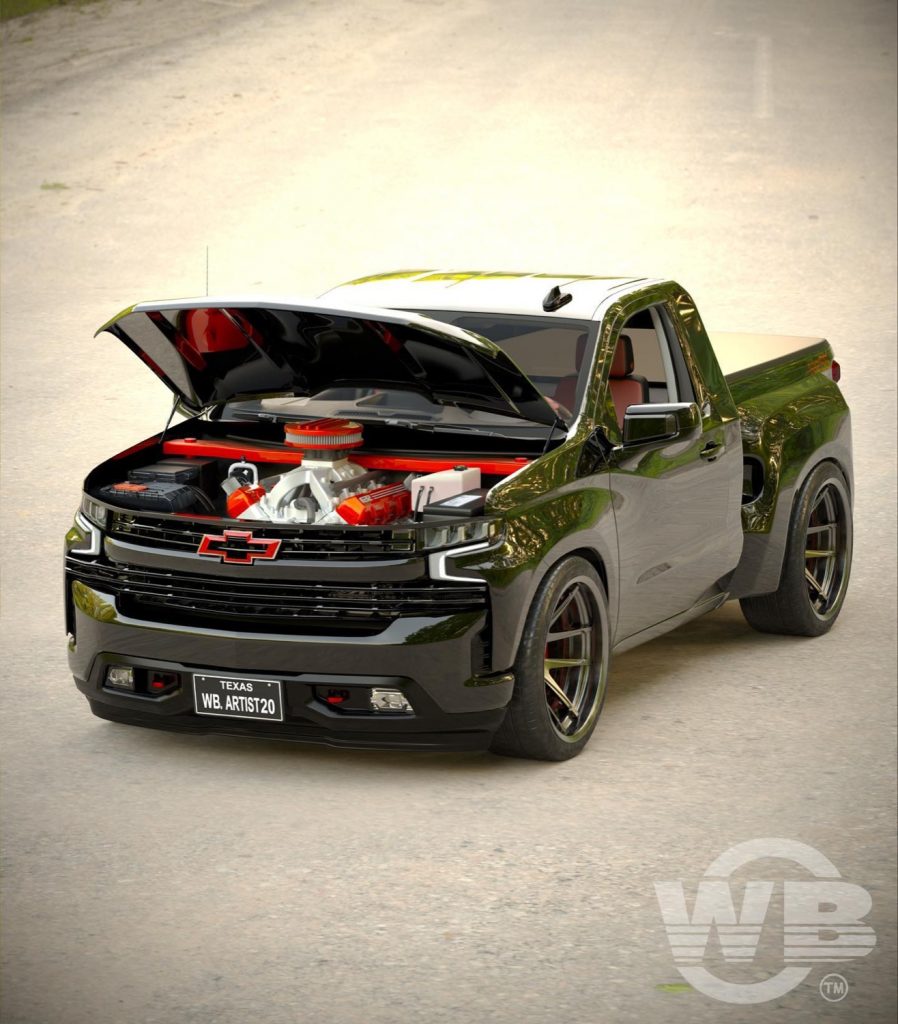 And of course, we can’t forget that mammoth 632 under the hood. This powerplant can definitely chuck out plenty of ponies on demand, with an ultra-fat naturally aspirated powerband available from the driver’s right foot.