A stunning red 2003 Chevy S-10 ZR2 with less than 7,400 miles on the odometer is currently searching for its next owner on Cars & Bids.

This second-generation Chevy S-10 ZR2 is finished in Dark Cherry Red Metallic with a Graphite interior, and has only had one owner in its two-decade-long existence. It is outfitted with the ZR2 Wide-Stance Sport Performance Package, an off-road equipment group that was offered on the second-gen Chevy S-10 pickup. 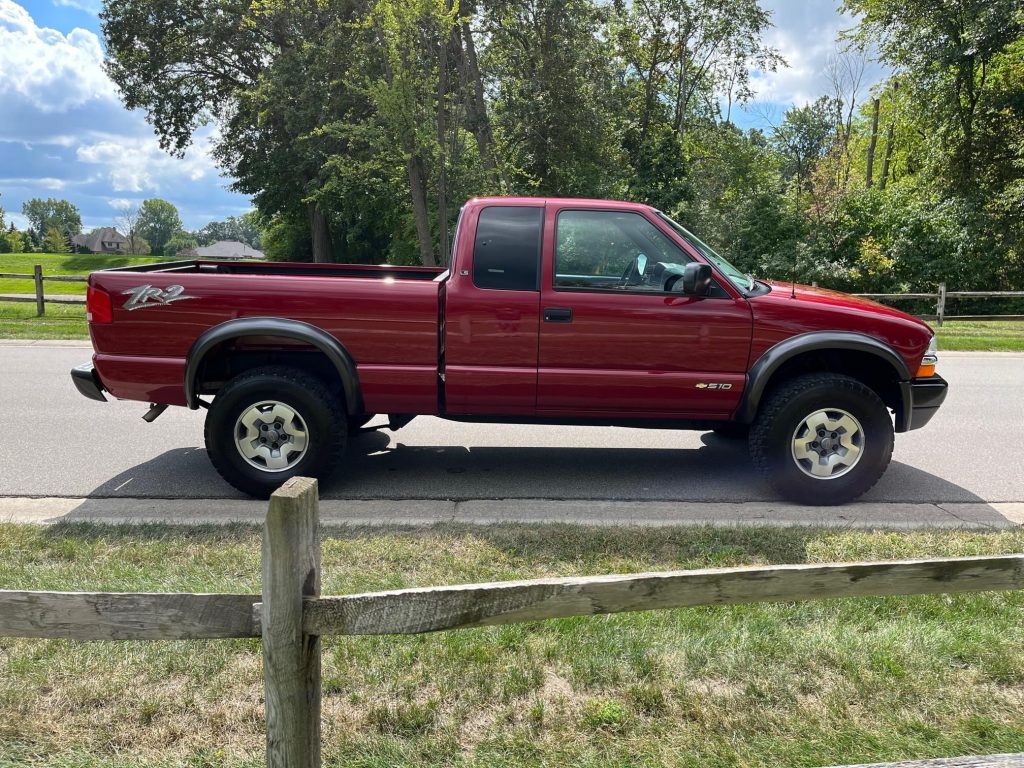 The ZR2 package adds a four-inch wider track width on a boxed ladder-type frame with modified suspension mount points. It also grants the pickup larger wheel and axle bearings, exaggerated fender flares and a three-inch lift to accommodate 31-inch all-terrain tires on 15-inch aluminum wheels. This S-10 also sports Bilstein shocks and a skid plate, along with an Insta-Trac 4×4 system to make it a worthy off-road companion. 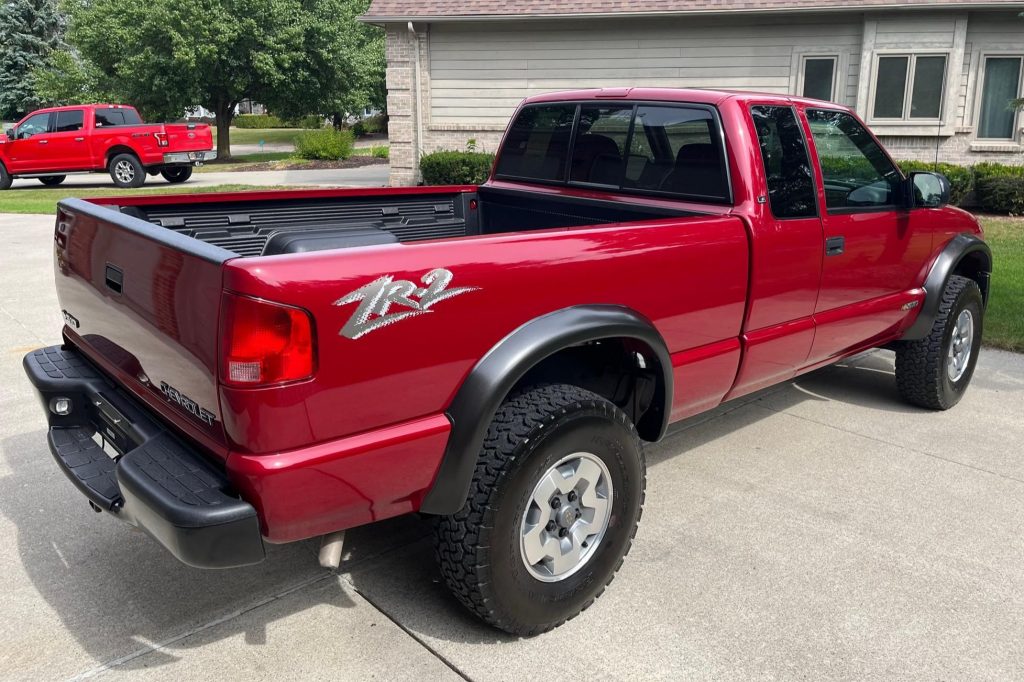 Power in the 2003 Chevy S-10 ZR2 is sourced from GM’s 4.3L V6 LU3 Vortec engine, which is capable of 190 horsepower and 250 pound-feet of torque. A four-speed automatic transmission relays that power to the pavement to either the rear two or all four wheels, along with an electronically controlled two-speed transfer case.

A few minor modifications are reported on this pickup, including a trailer hitch receiver, a Pendaliner drop-in bedliner, and an aftermarket security system. Known flaws include scratches on the front fenders and wheels along with some corrosion on driveline components. The listing notes that the pickup’s tires are also in need of replacement, likely due to age. 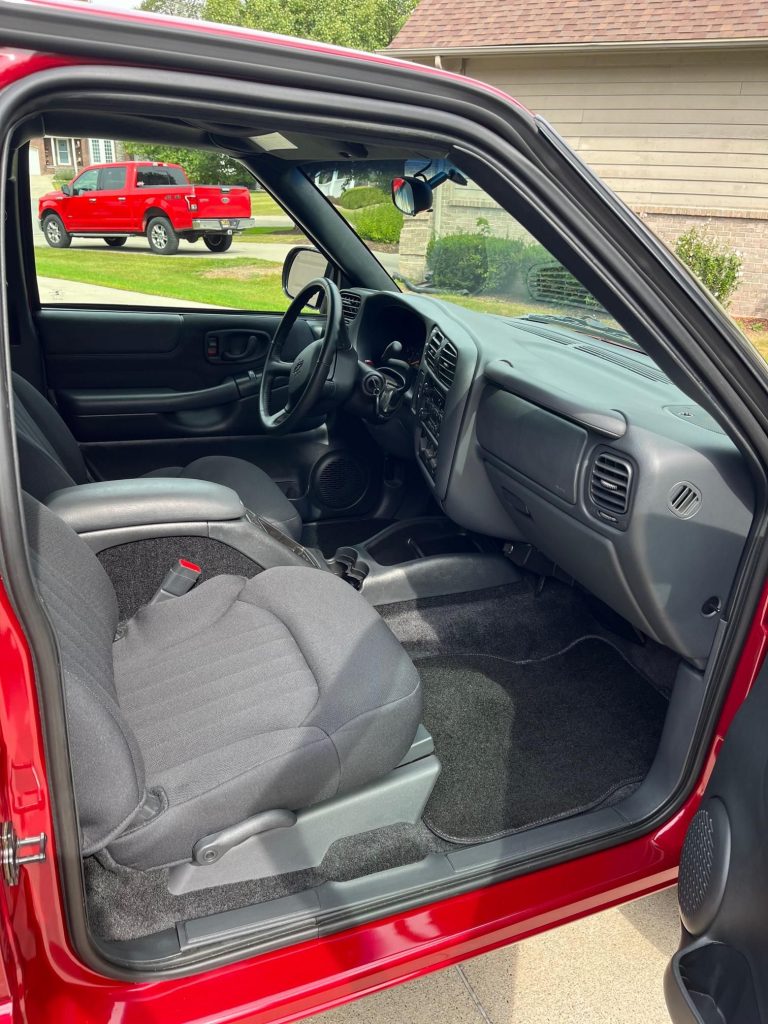 Be sure to subscribe to GM Authority for more Chevy S-10 news, Chevy news, and around-the-clock GM news coverage.