GM is gearing up to release a fresh third generation for the GMC Acadia crossover with the debut of the 2024 model year, and now, GM Authority has captured the first spy photos of the upcoming 2024 GMC Acadia interior. 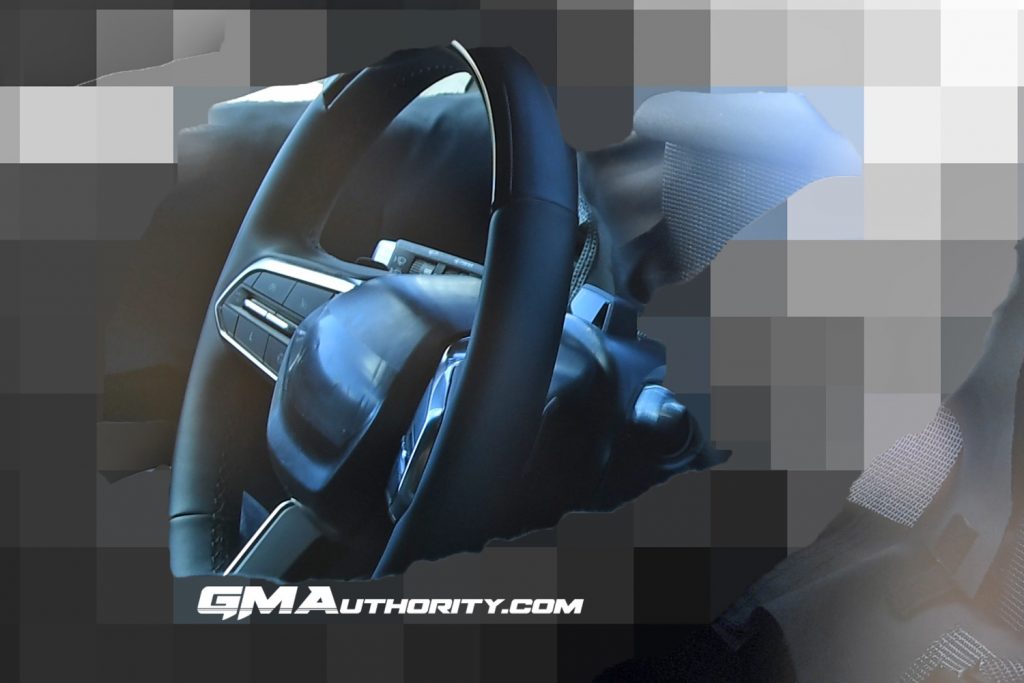 One of the most important bits to pick out from these new spy photos is the GM Super Cruise strip along the upper rim of the steering wheel, confirming an earlier report in which GM Authority exclusively covered that the 2024 GMC Acadia would indeed offer the semi-autonomous driver assist system. We also see a GM Super Cruise sensor located on the steering column that follows the driver’s attention to ensure they are ready to retake the steering wheel, if needed.

The rest of the steering wheel includes a series of hard buttons mounted at thumb’s length in the outer spokes, with silver trim lining the outer edges. 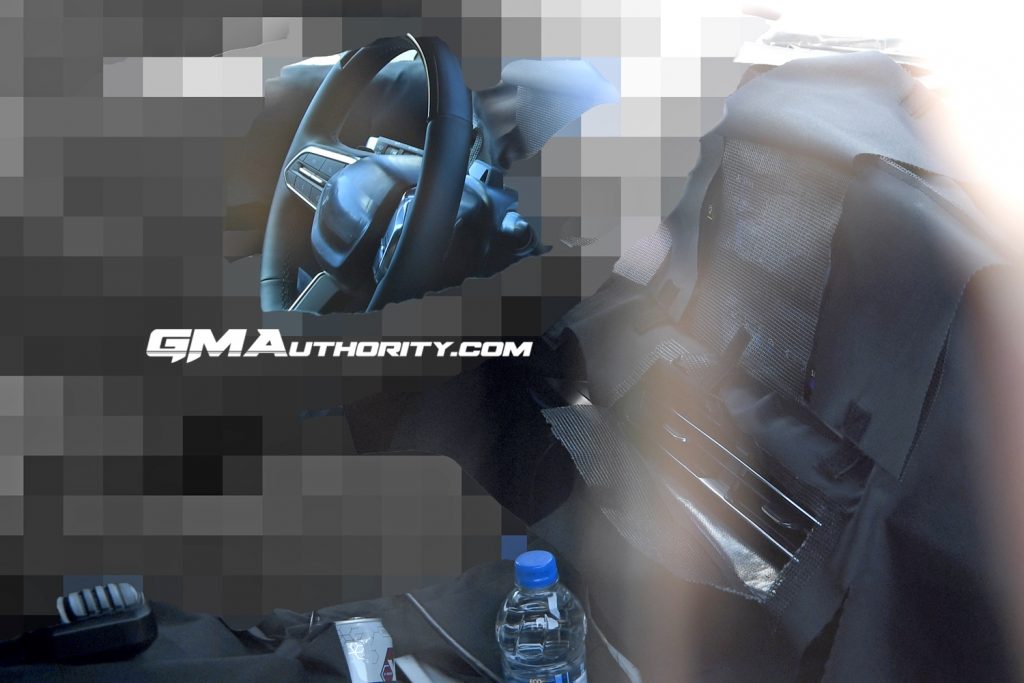 Also of note is the 2024 GMC Acadia’s redesigned center stack, which is covered with mesh to obscure the primary infotainment screen. However, below the infotainment screen, we spot a pair of horizontally oriented vents trimmed in silver. Cupholders are once again located forward on the central tunnel. 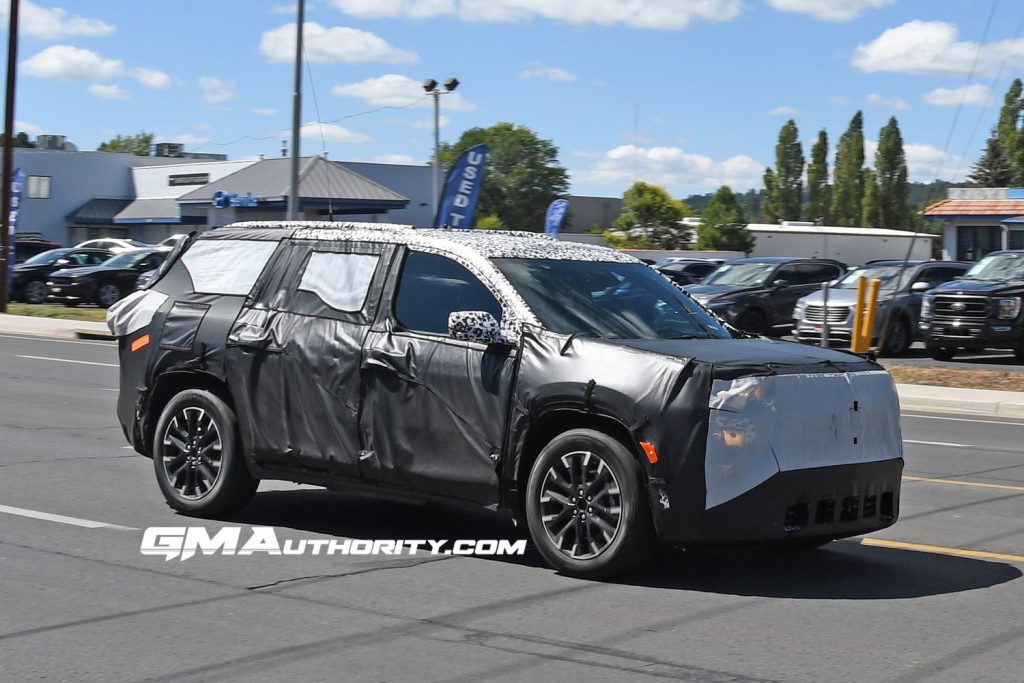 Per previous GM Authority coverage, the 2024 GMC Acadia is expected to grow considerably with regard to exterior dimensions, dropping in as a full-size three-row crossover, as compared to the midsize model offered currently. As a reminder, the GMC Acadia was originally offered as a full-size three-row crossover when it was first introduced for the 2007 model year, but was later downsized to a midsize model with the second generation for the 2017 model year. The 2024 GMC Acadia is expected to ride on a modified version of the GM C1 platform. 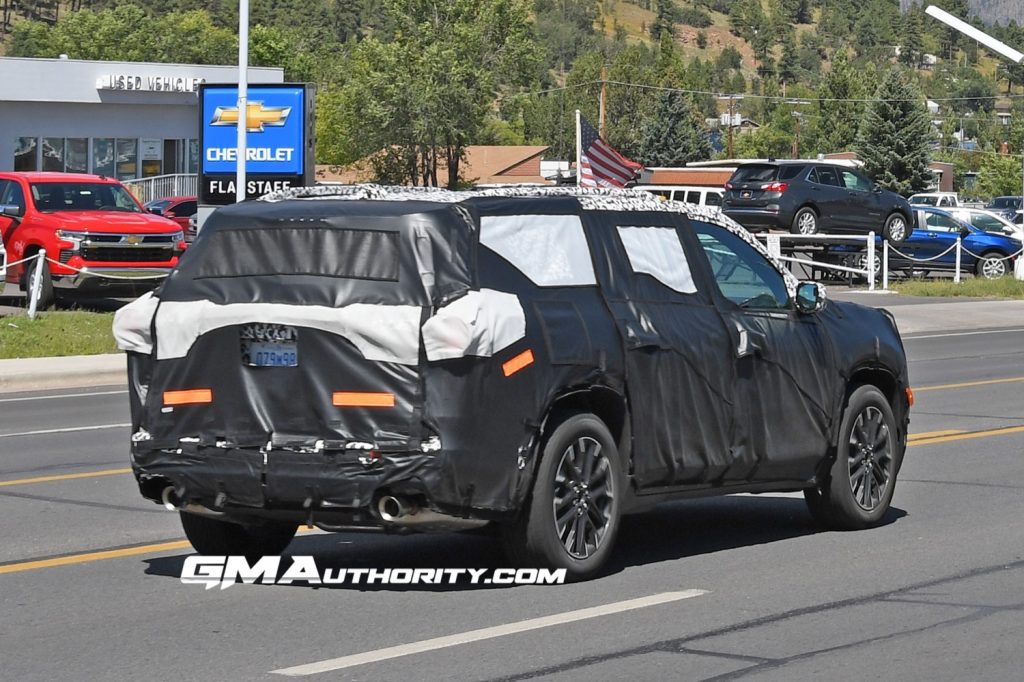