The 2023 Corvette Z06 has amassed a huge following since Chevy first revealed the high performance machine. Much of the interest has been around the unique naturally aspirated 5.5L V8 LT6 engine, which is the world’s most powerful naturally-aspirated V8 in a production car. Many fans, enthusiasts and observers have been salivating to see Chevy’s new track monster in all of its colors, and that’s what we have for you here today – the C8 Z06 in the eye-popping Rapid Blue hue. 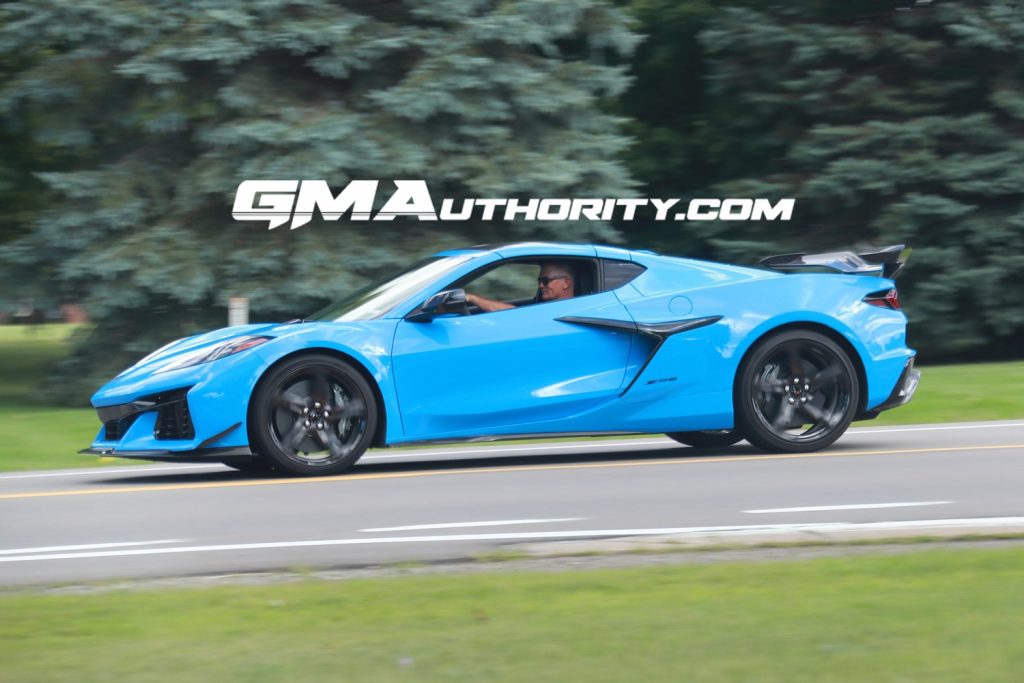 GM Authority has captured these exclusive photos of the C8 Z06 in the Rapid Blue color (Color Code GMO). The model seen here is the 2023 Chevy Corvette Z06 Coupe (as opposed to the hardtop Convertible) equipped with the optional Z07 Performance Package, which includes the following content (relevant RPO code in parenthesis):

The Z07 package on the C8 Z06 also requires one of the following:

This model is equipped with the first option – comprised of Carbon Flash-painted carbon fiber aero components. The ensemble rides on a set of optional five-spoke carbon fiber wheels (RPO Code ROY), while the optional Black exhaust tips (NGA) can be seen out back. 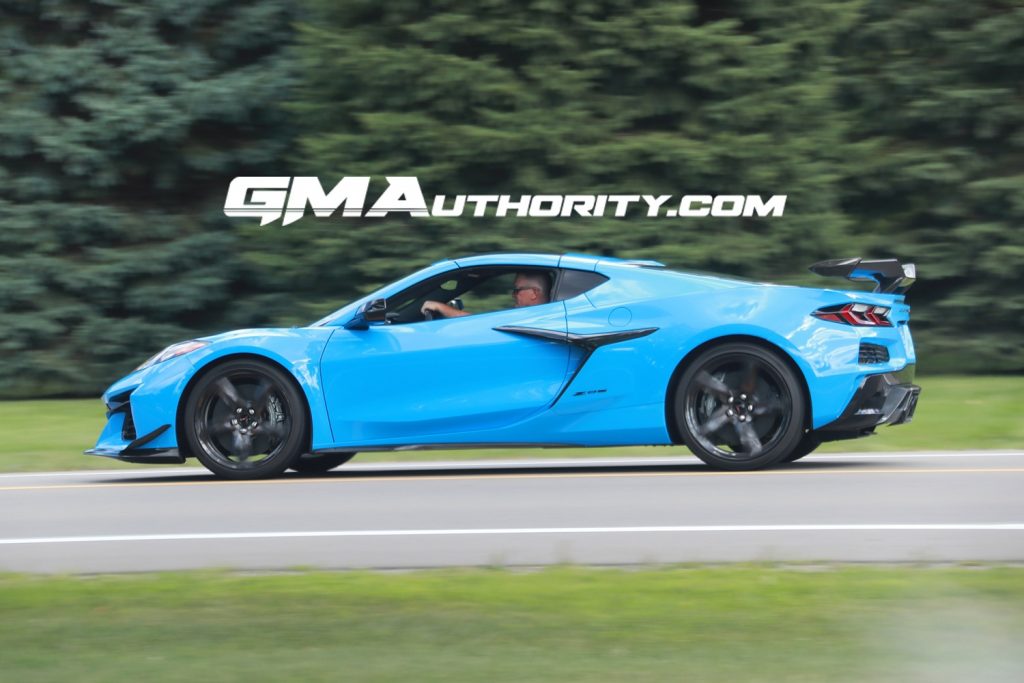 For the 2023 Corvette Z06, the Rapid Blue hue is available with five interior colorways, but not three others. 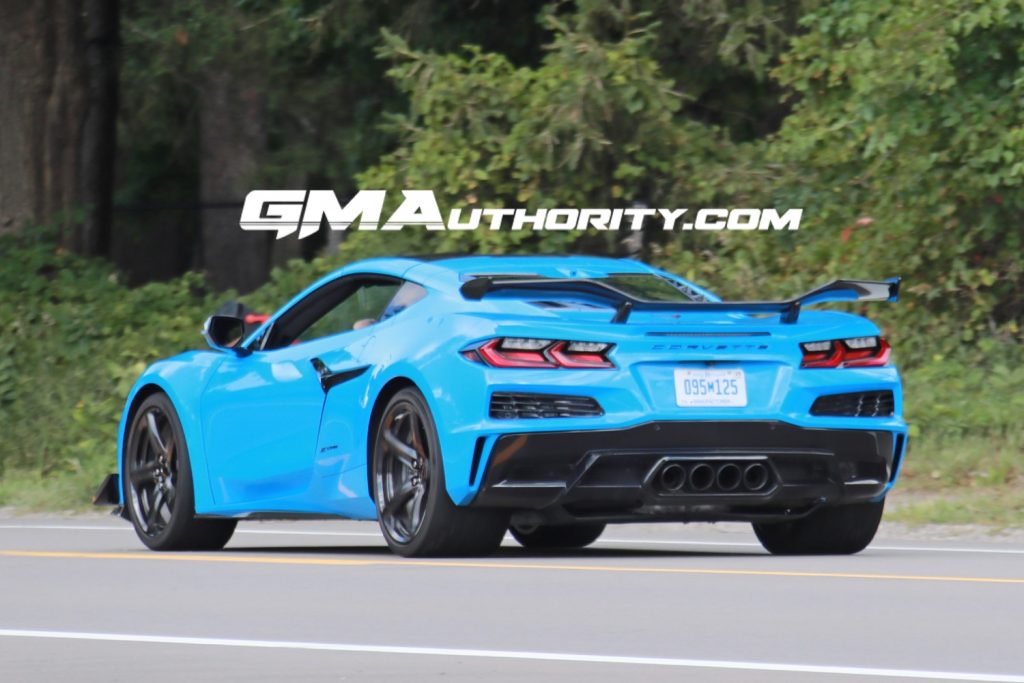 Chevy has been struggling with parts constraints stemming from the COVID-19 pandemic, and – as GM Authority was the first to report – orders for the 2023 Corvette Z06 have been heavily limited, further adding to the rarity of this desirable performance machine. In fact, the C8 Z06 is now currently unavailable to even order.

As a reminder, the 2023 Corvette Z06 is equipped as standard with the naturally aspirated 5.5L V8 LT6 gasoline engine rated at a whopping 670 horses and 460 pound-feet of torque. Under the skin is the GM Y2 platform that unpins all C8 Corvettes, while production takes place at the GM Bowling Green plant in Kentucky.