New-vehicle buyers looking for an abundance of cargo space have a range of options when it comes to the Chevy utility vehicle lineup, with no less than eight different models on offer for the 2023 model year. The question is, how do these models compare in terms of raw cargo space numbers? To find out, we’re putting them side-by-side in the following GM Authority spec comparison.

With all that, let’s take a look at the cargo space specs for the 2023 Chevy utility vehicle lineup:

As we can see, the 2023 model-year Chevy utility vehicle with the most available cargo space is the Chevy Suburban, which offers a maximum of 144.7 cubic feet of room with all of the rear seats folded down. Meanwhile, the Chevy utility vehicle with the least amount of cargo space is the Chevy Bolt EUV, which offers 16.3 cubic feet of cargo room with the second-row seats upright.

Also notable is that the Chevy Trailblazer offers significantly more cargo room than the two all-electric Bolts with the rear seats upright, coming in at 29.9 cubic-feet. 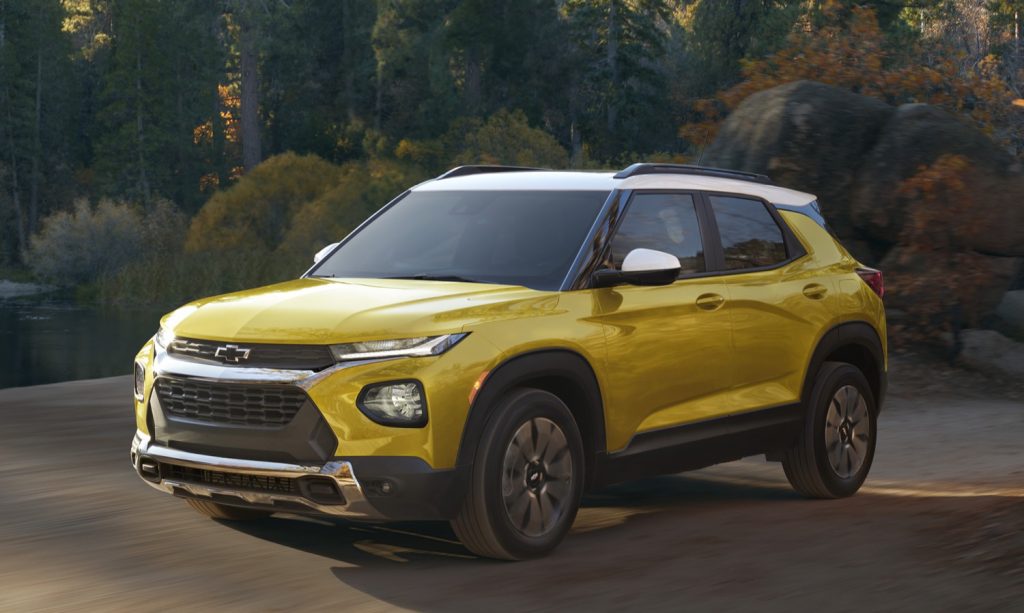 Stay tuned, as we’ll be bringing you further insights into GM’s cargo specs in the near future. In the meantime, remember to subscribe to GM Authority for more Chevy news and around-the-clock GM news coverage.