The name Jeff Gordon is more or less synonymous with Nascar, with Gordon enjoying a lengthy racing career spread across more than two decades that includes a long list of wins and championship victories. Now, Gordon’s 2011 Chevy Impala Nascar Sprint Cup race car is up for grabs. 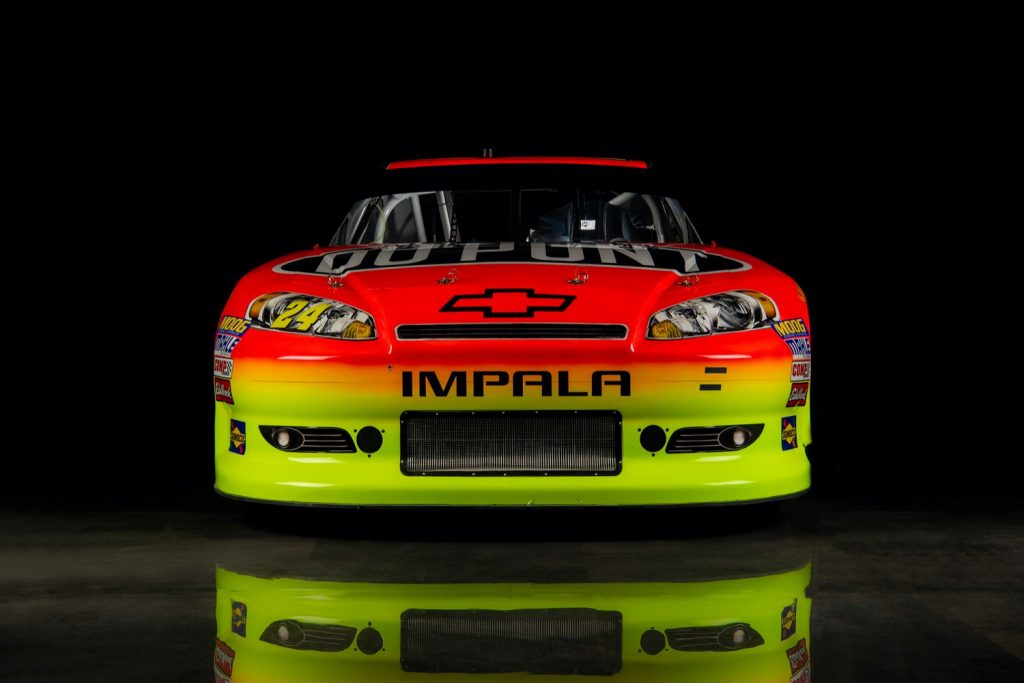 This particular vehicle is chassis number 678, and is one of the last known No. 24 cars sold to a private individual directly from the Hendrick Motorsports race team. This vehicle was driven by Jeff Gordon throughout the 2011 season, with a competition history that includes a second-place finish at the Indianapolis Brickyard 400 (its very first race), as well as a sixth-place finish at the Pure Michigan 400. The Chevy Impala race car’s final race was in September at Chicagoland Speedway for the Geico 400, finishing 24th. 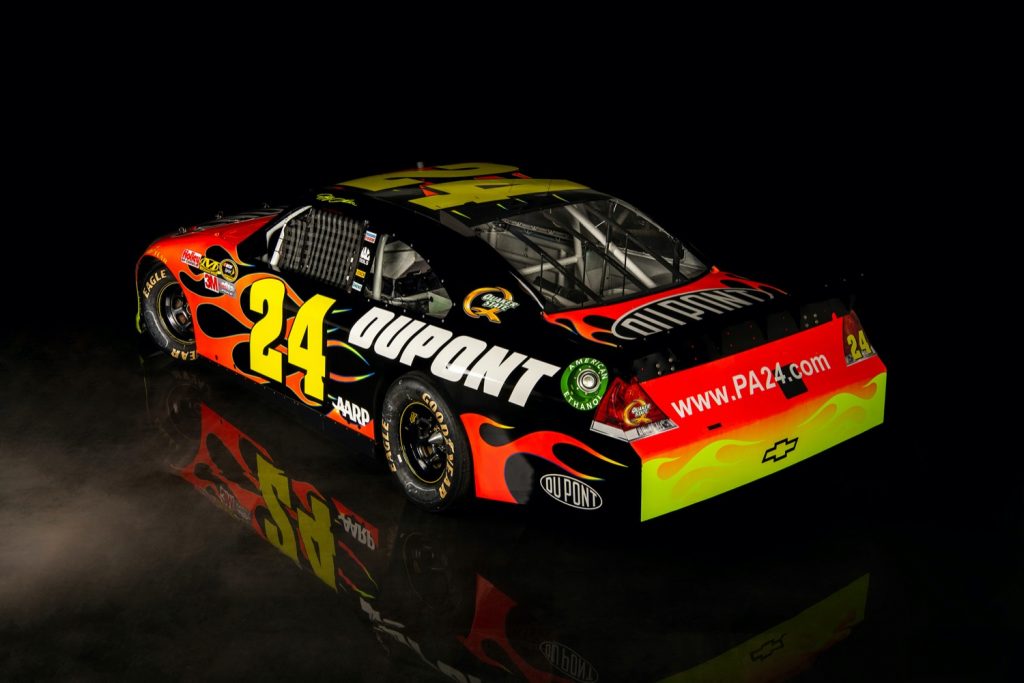 Outside, this 2011 Chevy Impala Nascar racer looks exactly as it did in competition, with the exception of an updated carbon fiber rear spoiler. The original 2011 Nascar spoiler is included with the sale. Beyond that small detail, we see the original No. 24 Hendrick Motorsports livery, with classic orange and black, plus Dupont sponsorship. The 15-inch Aero wheels are shod in Goodyear Eagle D slick tires. 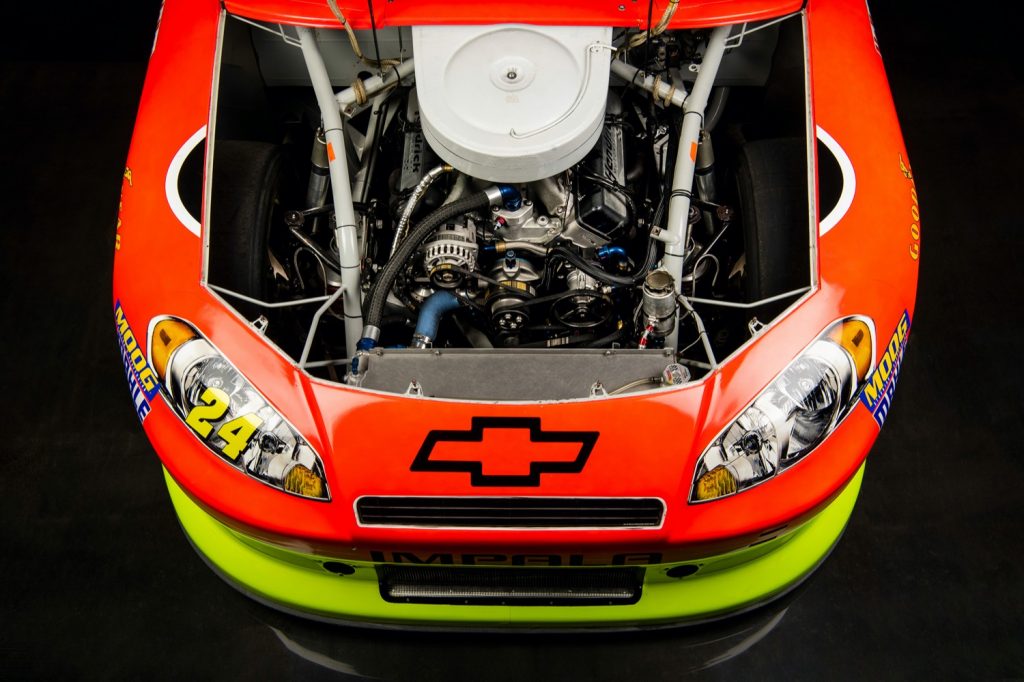 Making the thunder is a 358 cubic-inch V8 GM HMS SB-2 Pushrod OHV engine, the output of which is rated at 850 horsepower. Engine details include a Holley 830 cfm carb, dry-sump oil tank, and Hendrick Motorsports radiator and oil cooler. All the go is sent rearwards by way of a four-speed G-Force SR1 Nascar gearbox often used for road course racing. The chassis is setup for road course track day events, and according to the listing, is ready to compete. Alternatively, the vehicle could make for quite the addition for a museum or personal collection.

Now, Gordon’s 2011 Chevy Impala Nascar Sprint Cup racer is available to purchase from Speedart Motorsports, and is listed for sale at $165,000.