The Hummer H1 is about as iconic as they come, and this particular example enhances the nameplate’s rough-and-ready attitude with a long list of custom details and upgrades. Now, this custom Hummer H1 is headed to the auction block. 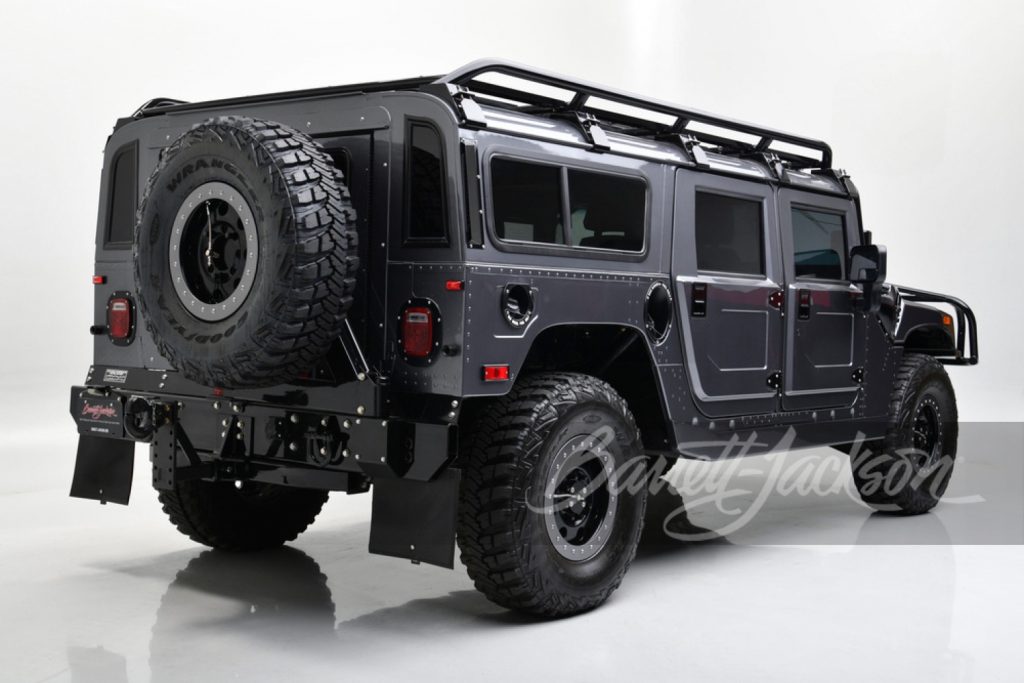 First things first – this Hummer H1 was built in 2016 by Predator, Inc. Based out of Vista, California, Predator specializes in Hummer H1 accessories and custom builds, and this particular H1 is a no-expense-spared example of what the shop can do.

One of the big-ticket items can be found under the hood, where this Hummer H1 is now running an upgraded 6.6L turbodiesel Duramax engine with a 654 Garrett turbocharger kit. Supplementary mods include new injectors, an upgraded intercooler, and a new radiator. Output is rated at 450 horsepower and 900 pound-feet of torque, all of which is sent through a stage-four Allison six-speed automatic transmission. 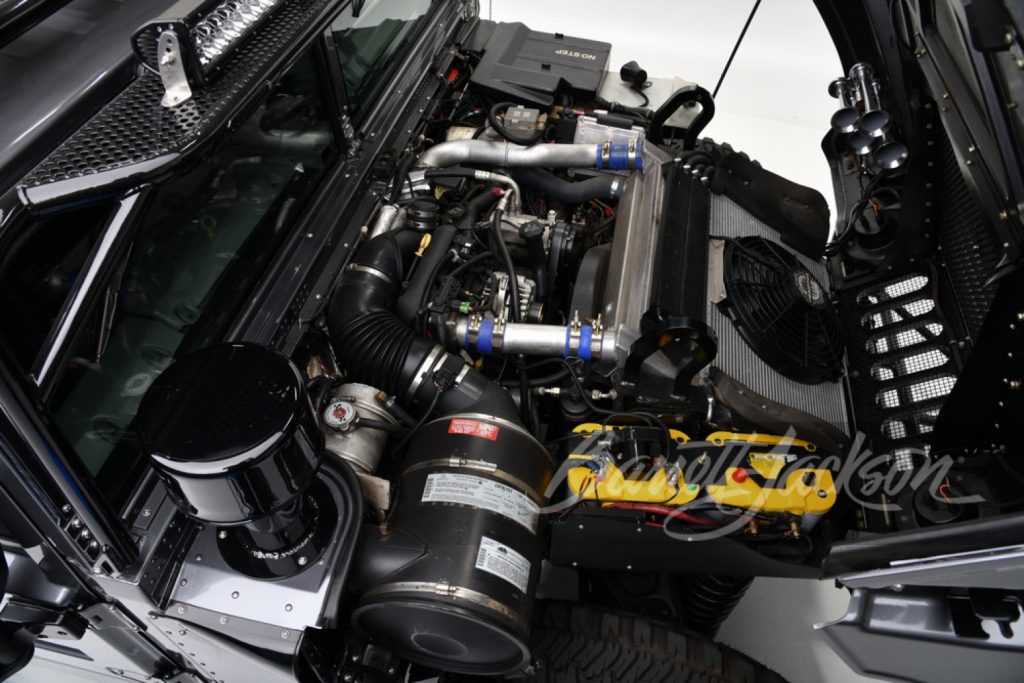 Inside, this Hummer H1 looks like it’s ready for the apocalypse with custom Autometer gauges and a transmitter radio. It should also be relatively comfortable thanks to leather seating for four and a flat-screen TV mounted in the middle of the dash. 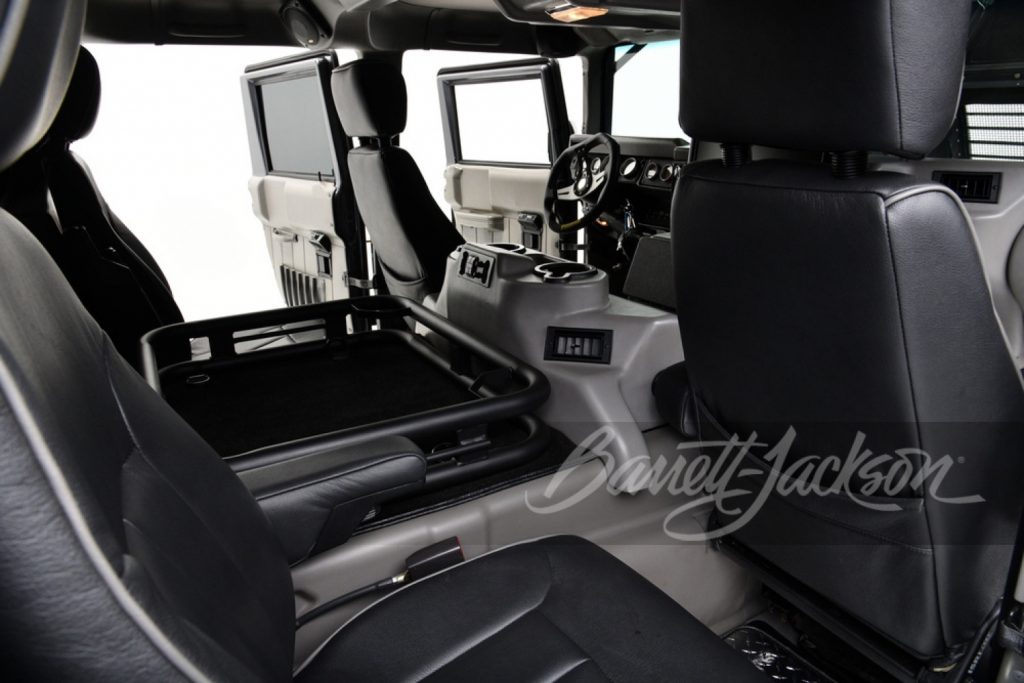 In the corners, there’s a set of custom six-piston brakes, while the Hummer H1 rides tall thanks to a 2-inch suspension lift. The exterior is dripping with interesting details, such as steel tubing for the front end and roof, as well as heavy-duty bash plates and LED lighting. And oh yeah, it even comes with a machine gun, because of course it does. 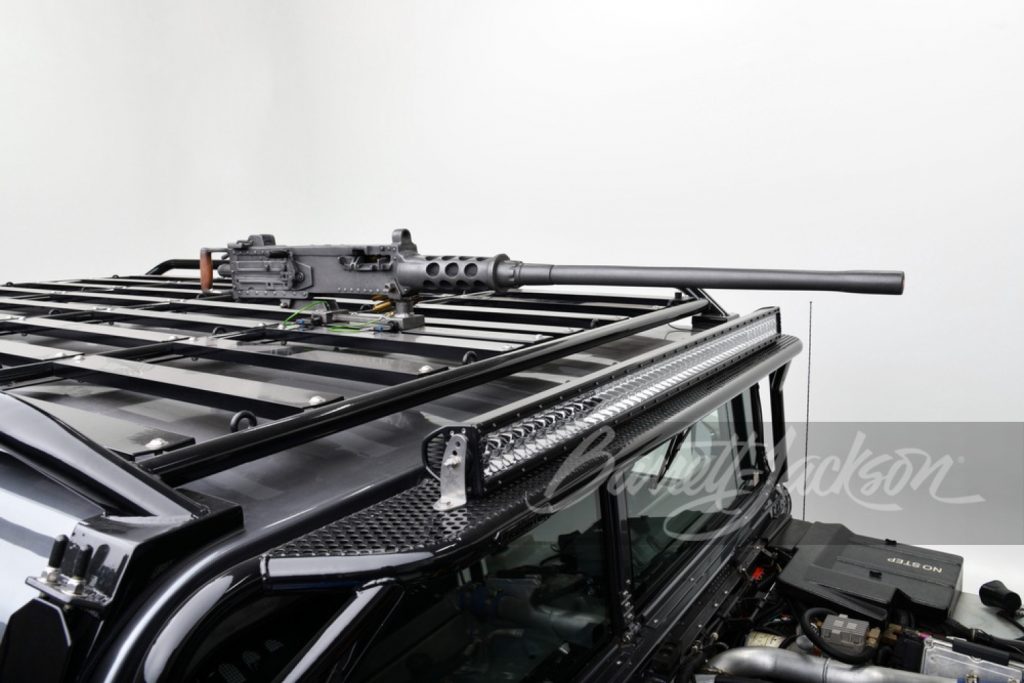 This particular lot also includes a custom-built trailer, which matches the Hummer H1 in terms of design. Inside the trailer is steel cabinetry and another flat-screen TV, and the trailer includes 12-volt power, propane mounts, and a rather sizable water tank.

Now, this custom 2003 Hummer H1 is headed to the auction block as Lot 726 at the upcoming Barrett-Jackson event in Houston, set to take place at the NRG Center October 20th through the 22nd. The whole shebang will be offered at no reserve.