Finding that right balance between classic and modern isn’t always easy, but this 1970 Chevelle Pro Touring build looks to do exactly that. Now, this custom coupe will soon find a new owner as it heads to auction later this month at no reserve. 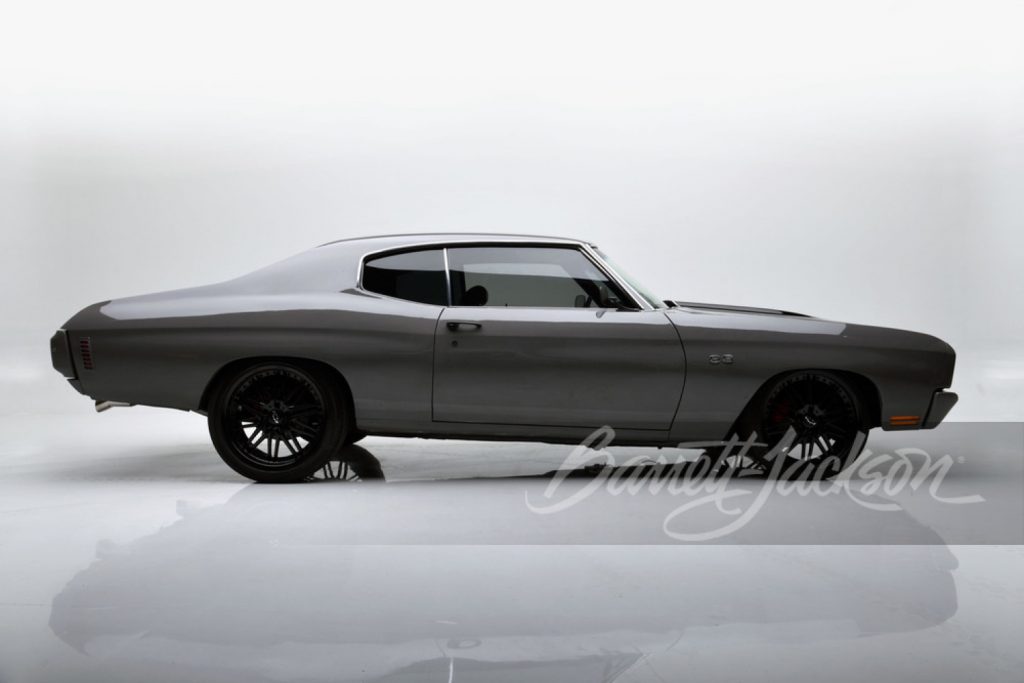 Outside, this 1970 Chevelle gives us a heady dose of old-school muscle appeal. Finished in Nardo Gray, the sultry lines are enhanced by black SS-style exterior stripes on the hood and deck, which are complemented by black door handles and sideview mirrors, as well as black SS badging. Further dark detailing is added with black LED headlights, smoked taillights, and tinted windows, while a set of red brake calipers can be seen hiding under the staggered, custom 20-inch black wheels. 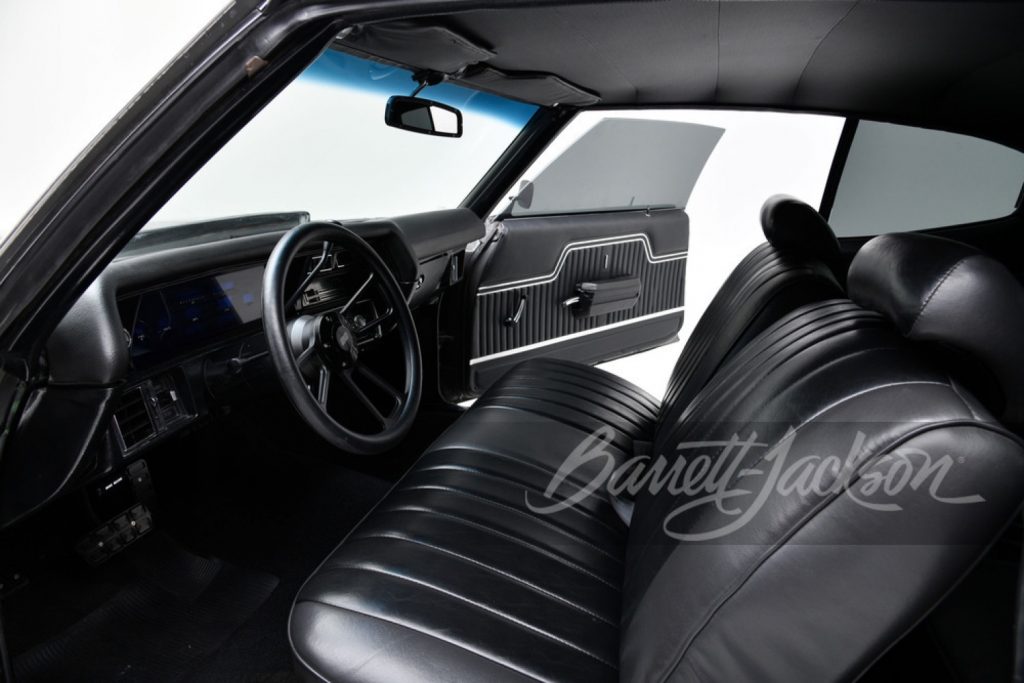 Inside the cabin, this 1970 Chevelle was upgraded to keep the original style intact, while adding a few modern amenities on top. To that end, the builders fitted a set of Dakota Digital LED gauges and a USB charging port, while billet was used for the door handles, window cranks, pedals, steering wheel, and gear shifter. The engine note is complemented by an Autosound stereo with JBL speakers. 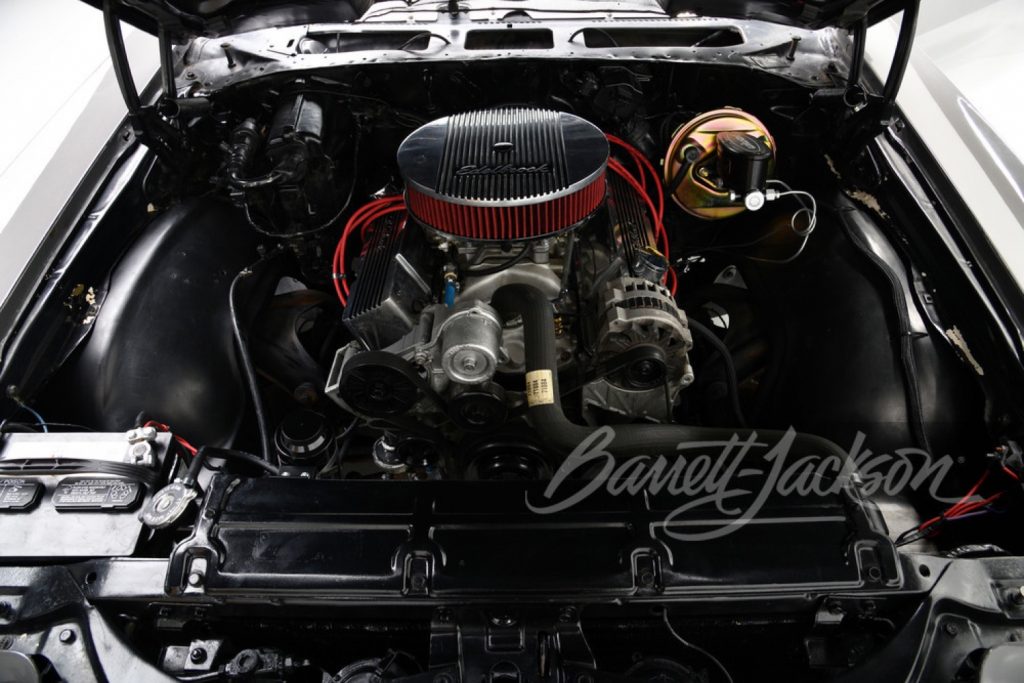 Speaking of the engine, this 1970 Chevelle runs a freshly rebuilt 5.7L V8 topped by an Edelbrock intake and four-barrel 600 CFM carb. The motor exhales through a custom set of long-tube headers and dual exhaust pipes with polished chrome exhaust tips, which include Flowmaster mufflers with remote-controlled electric cutouts. Further under-hood highlights include an upgraded serpentine system and dual electric fans, as well as an upgraded power steering system. The ‘eight is fitted with an automatic transmission.

Now, this 1970 Chevelle is headed to the upcoming Barrett-Jackson event in Houston, set to take place at the NRG Center on October 20th through the 22nd. The Chevelle will go under the hammer as Lot 449 at no reserve.