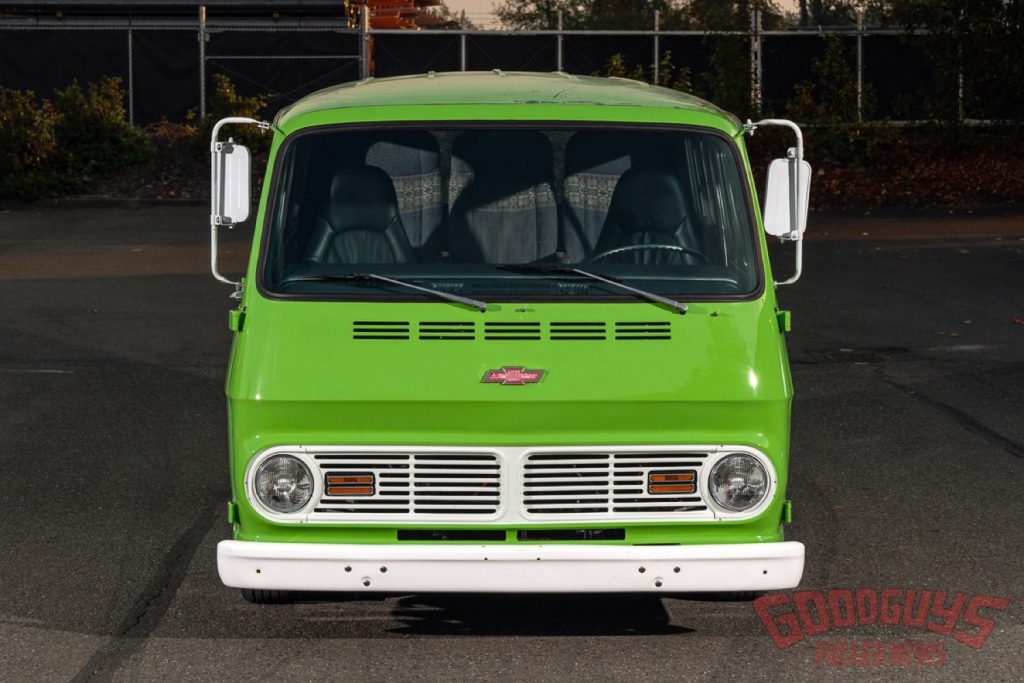 As the story goes, Conner’s father brought this 1967 Chevy G10 home from an auction in 2010 to chop it up for parts. At the time, Conner was only 7 years old. After getting it in the garage, Conner’s dad decided that the van was too nice to dismantle, so instead, he stored it. Fast forward 10 years to 2020, and Conner and his father hatched a plan to kill some downtime during lockdown, namely refreshing the old Chevy G10 into something fun and custom.

First things first, the father-and-son duo decided to install a new engine, with the original six-cylinder motor swapped in favor of a Chevy Small Block 350. The V8 was upgraded with a Holley Sniper EFI system, and now connects to a Turbo 350 transmission feeding a Ford 9-inch rear end. 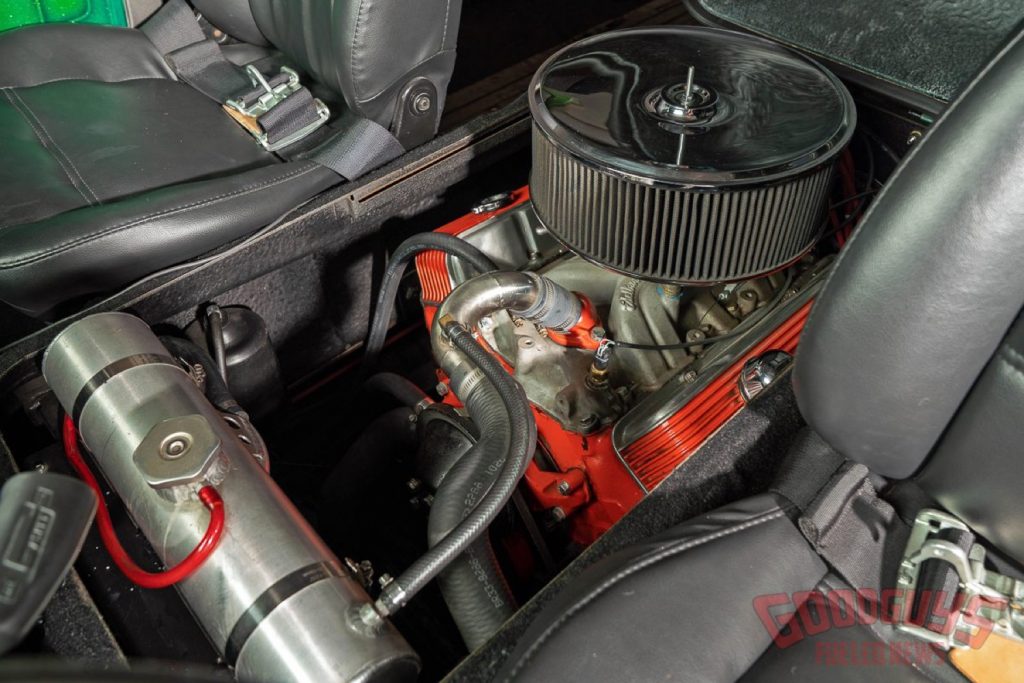 The Chevy G10 suspension was also modified for a sizable 5-inch drop. Achieving this is a custom fabricated ladder bar for the rear, paired with a 3-inch drop axle in front and a further 2 inches cut via the leaf springs.

That’s a substantial drop, and it looks good riding on a set of 15-inch Real Rodders Wheels in back and US Mags in front. The Chevy G10 body panels are covered in bright green paint, with green also applied to select components in the cabin. Speaking of the interior, gauges from a 1964 Nova and a T-handle Mr. Gasket shifter help to round it all out. 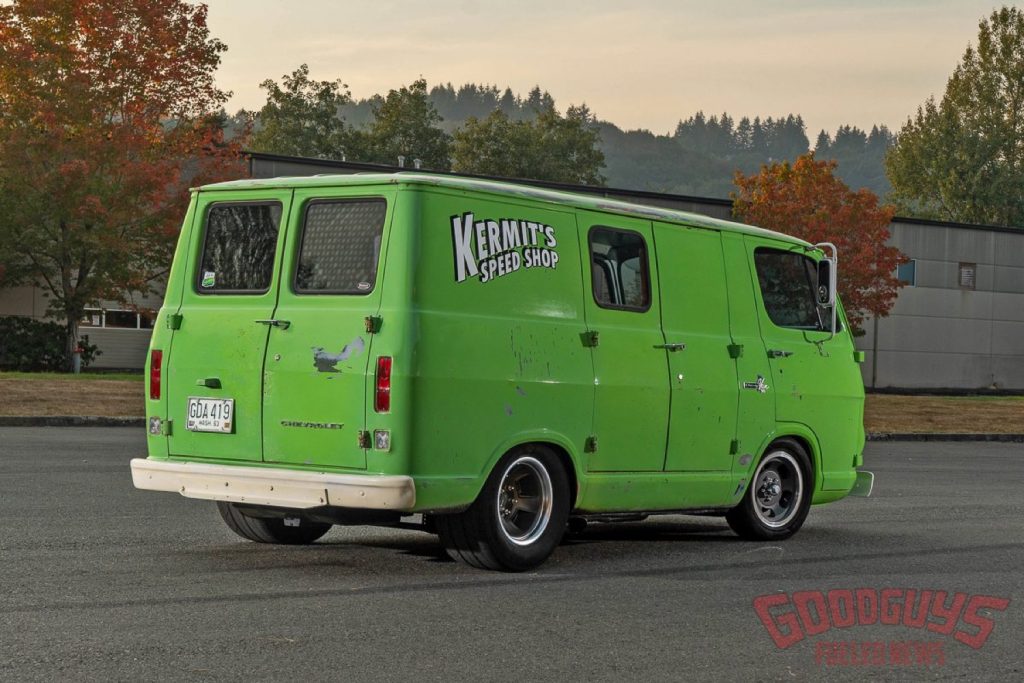 Interestingly, the build took just 10 days to complete, after which Conner and his dad decided to take it on a road trip.

The pair has a few plans for future upgrades, but in the meantime, this custom G10 Van will be on display at the Goodguys 25th Speedway Motors Southwest Nationals in Scottsdale, Arizona, set to take place November 18th through the 20th.