The Goodguys Rod and Custom Association recently announced award winners in eight individual categories for the latest 2022 award season. Among the winners was this custom 1965 Chevy C10, which took home the win in the LMC Truck of the Year Late category, which recognizes vehicles between the 1960 and 1997 model years. 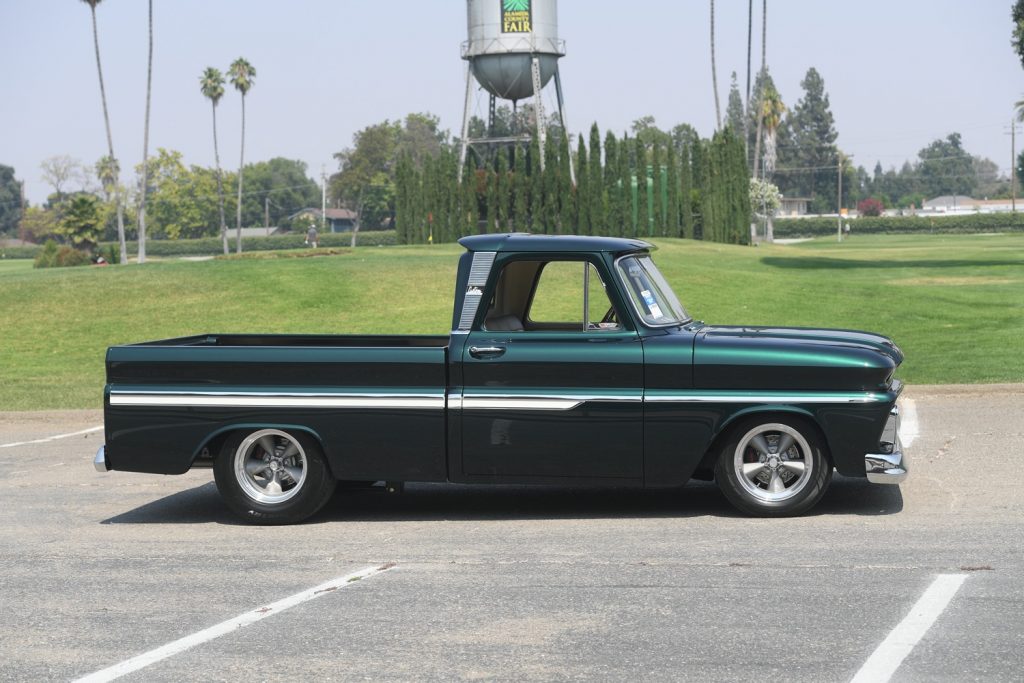 The winning 1965 Chevy C10 belongs to Mark Sandfort, and was built by South City Rod and Custom in Hayward, California. Per a report from Fuel Curve, Sandfort’s folks had previously owned a 1964 Chevy truck, so the choice to go with a pickup had sentimental value for the owner.

As such, Sandfort wanted to transform his old Chevy C10 3/4-ton long bed into an attractive, reliable driver, something that both enthusiasts and non-enthusiasts could enjoy. The key was finding the right balance between old-school style and enough polish to make it feel like new. 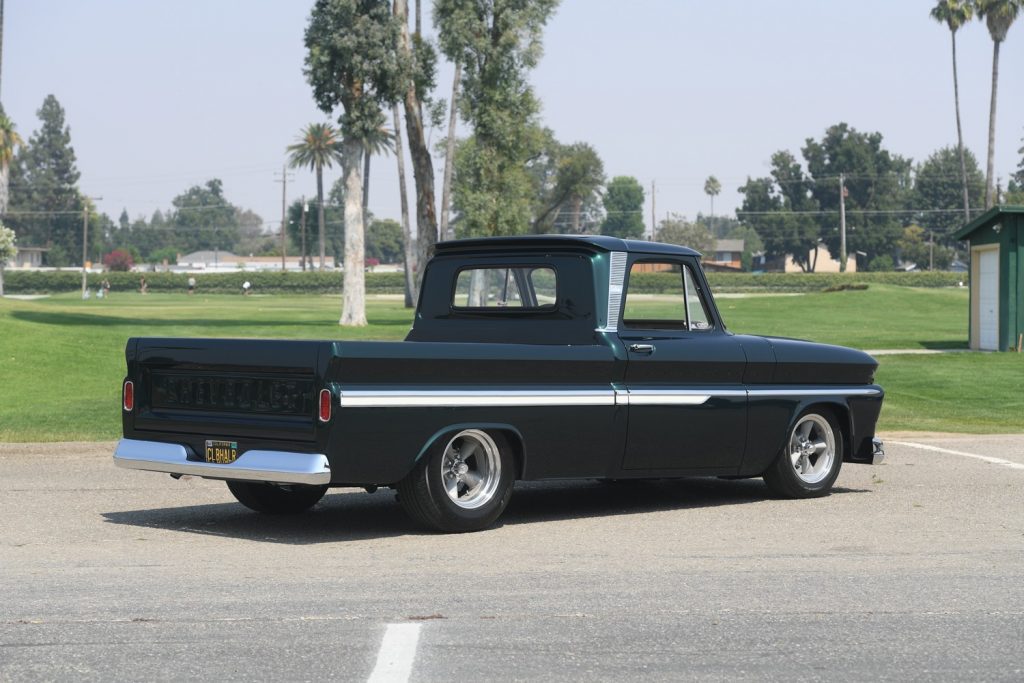 The exterior, for example, keeps the classic Chevy C10 aesthetic more or less intact, but enthusiasts can still point to details like the custom tailgate, bumpers, and reshaped front wheel wells as evidence that this particular vehicle is something special. The truck rides on 16-inch ET wheels, while under the green body panels is a Roadster Shop chassis. Speaking of the green, the exterior paint was completed by Compani Color, also located in Hayward.

As for the power spec, this Chevy C10 is motivated by a carbureted Small Block V8 engine, which looks good thanks to copious polished metal under the hood. The V8 connects to a 700R4 transmission. 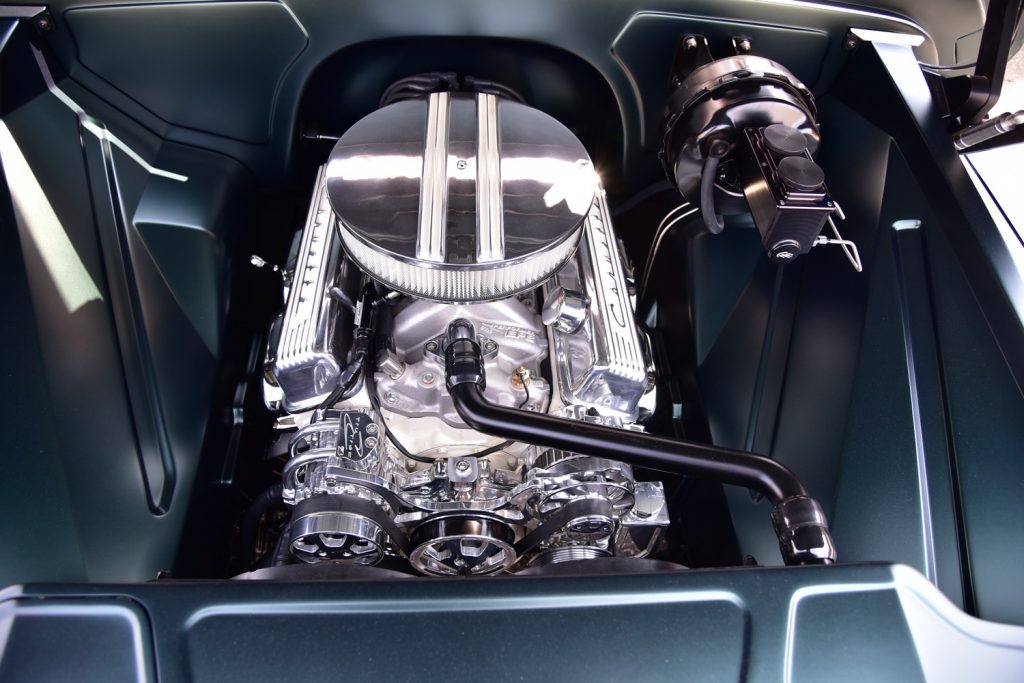 The interior is equally as classy, with modernized gauges that keep the old-school look, plus a reupholstered bench seat and wood-trimmed steering wheel.

The whole build is as clean as they come, with nothing outrageous or out of step with the classic aesthetic. 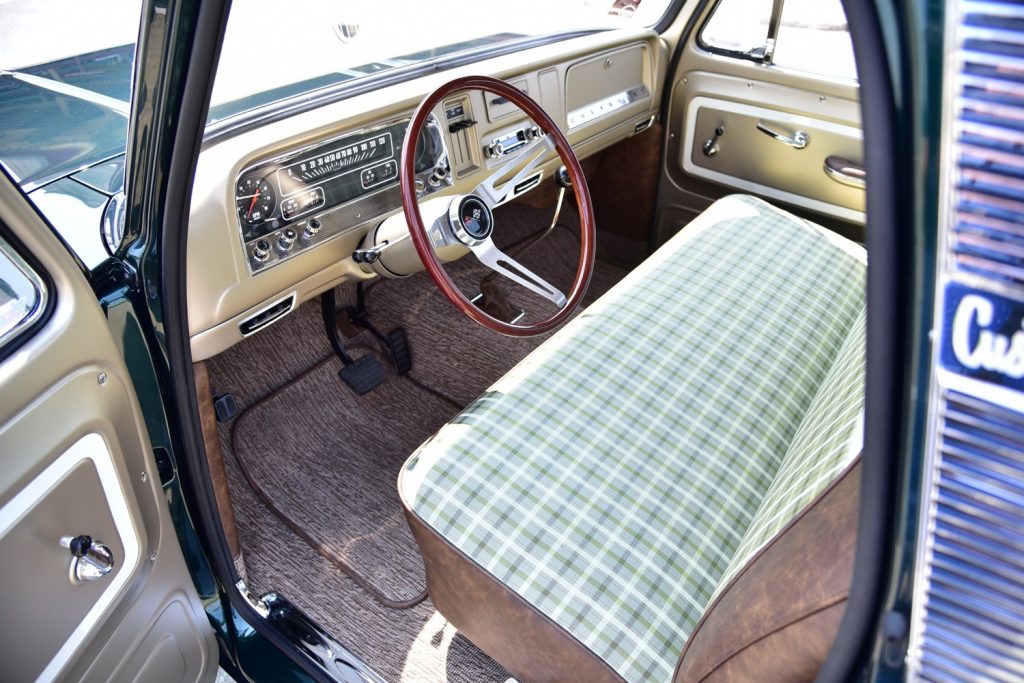 Now, this Chevy C10 is headed to the 25th Speedway Motors Southwest Nationals set to take place in Scottsdale, Arizona next month.