Houston-based aftermarket wheel manufacturer Ferrada has shared a video of a C7 Corvette Stingray fitted with a set of its CM2 concave alloy wheels to its official YouTube channel.

This custom yellow C7 Corvette is riding on a set of Ferrada CM2 Concave Madness wheels, which measure 20 inches by 12 inches in both the front and rear. The deep concave face of these wheels is the main draw here, with the company referring to their appearance as a “concavity first” design. 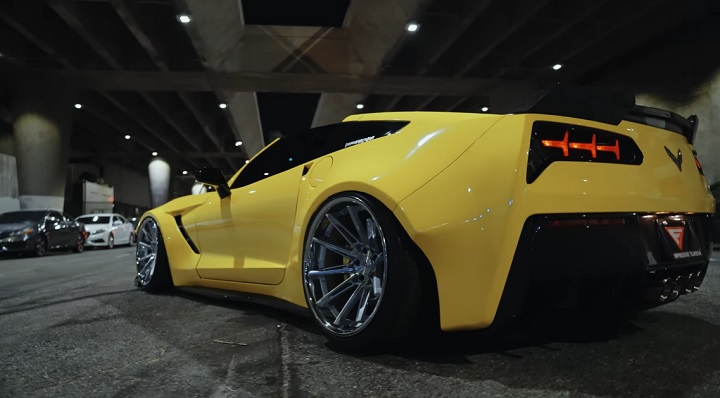 “Aggressive is one word to describe this crazy C7 Corvette, rocking CM2 Machine Silver in our DAF series this monster is the perfect combo,” Ferrada says in the description for this promotional video.

These wheels are offered in a wide variety of finishes, including matte black, graphite, and silver. Prices start at $595 for the 19-inch diameter wheel, but the 20- by 12-inch wheels pictured on this custom Vette are $745 a piece. In addition to the wheels, this C7 also appears to feature a replica ZR1 widebody kit, aftermarket LED taillights, a carbon fiber hood, carbon lip spoiler, and yellow-painted brake calipers, among more. It’s also sitting on air-ride suspension, allowing the driver to slam it to the ground for static shots and raise it to a more usable ride height for rolling shots. 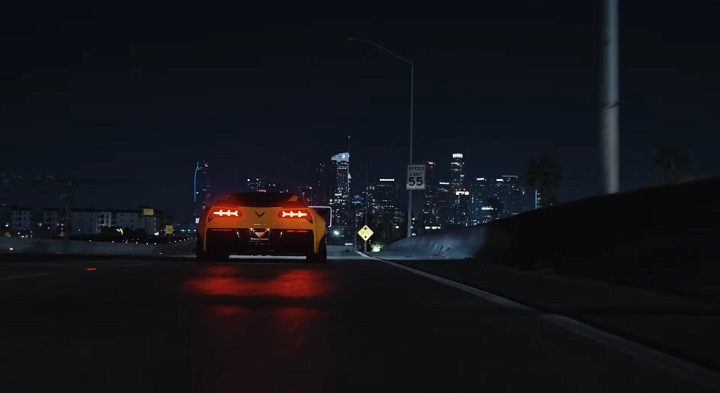 This isn’t the first set of Ferrada CM2 wheels we’ve seen installed on a late model GM product, as we recently featured a video showcasing a sixth-generation Chevy Camaro with this exact same wheel, albeit in a different size. However, this video is a bit more attention-grabbing, in our opinion, including some very impressive, Bladerunner-esque cinematic shots taken at night in downtown Los Angeles. Check it out embedded below.