New for the 1964 model year, the mid-size A-Body platform Chevy Chevelle quickly became one of Chevrolet’s most successful and popular nameplates. By the 1970 model year, the Chevelle had become one of the players in the muscle car wars. With federal emissions and fuel economy standards looming, and insurance companies beginning to flinch at increasing power numbers, it was clear the horsepower wars would soon be in the rearview mirror. GM decided to go for broke, removing their internal edict of limiting cubic-inch displacement in passenger cars other than full-size to 400 cubes or less (of course, this did not apply to the Corvette). Enter the 454 cubic-inch LS5 and LS6 for the Chevelle. 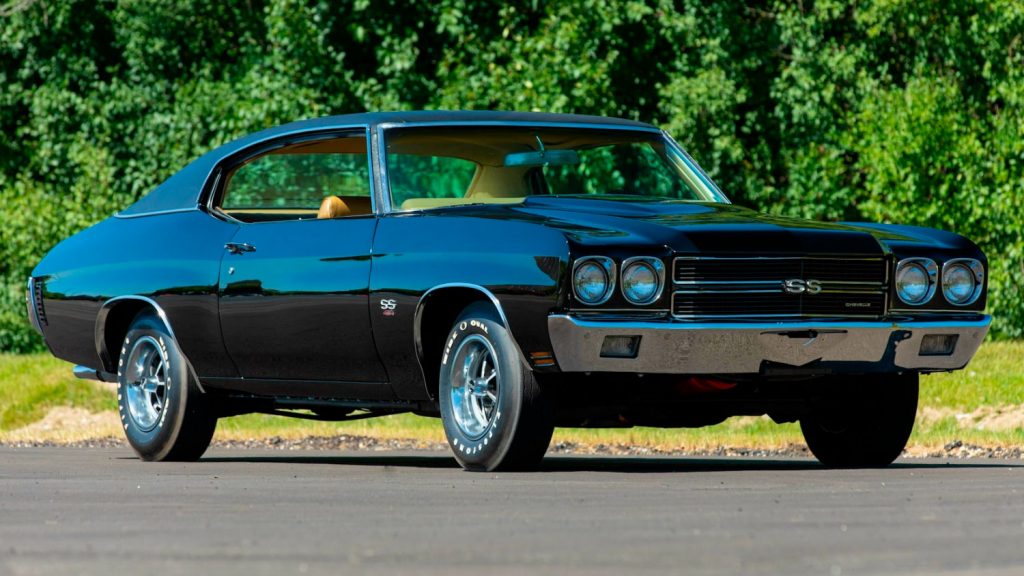 If the Chevy Chevelle SS LS5 was a brute at 360 horsepower, then the LS6 was a raging beast rated at 450 horses (many said this figure was grossly underrated, and 500 hp was closer to the truth) and 510 pound-feet of torque. The LS6 was King of the stoplight gladiators, at least for that bright and shining final year of hairy-chested bravado, before the sackcloth curtain of governmental doom put an end to all the fun. 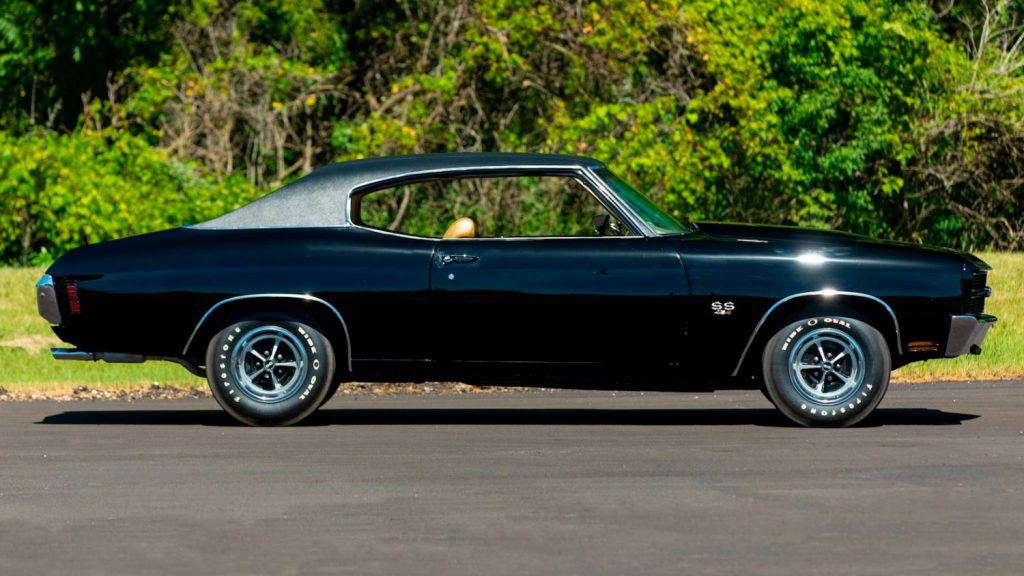 The Chevy Chevelle SS LS6 was powered by an iron-block 454 with 11.25:1 compression, an aggressive cam, solid lifters, and a Holley 800 cfm carb. It could be paired with either a three-speed Turbo-Hydramatic automatic transmission, or a four-speed manual. 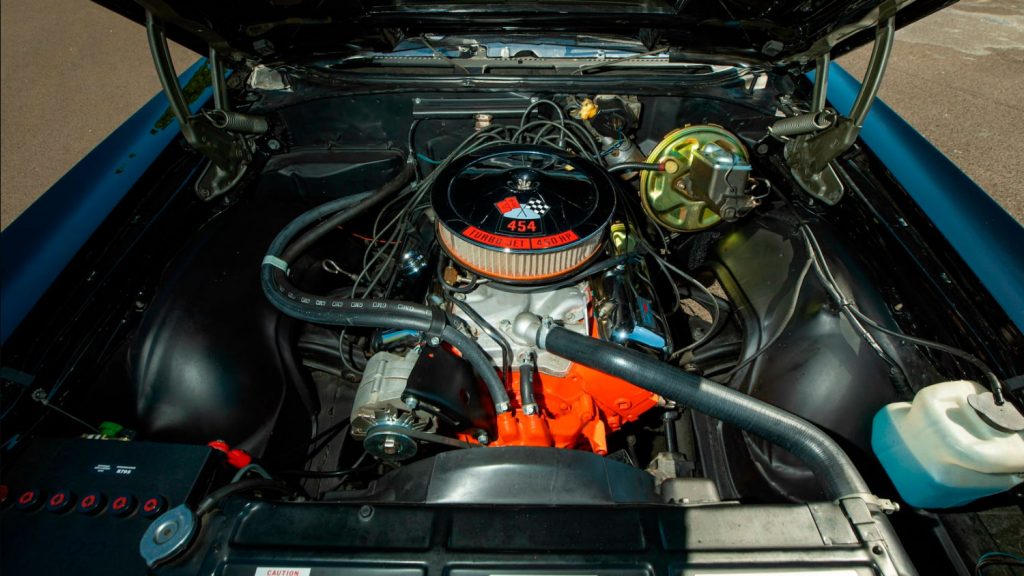 Our feature 1970 Chevy Chevelle SS LS6 was a special-order vehicle, and has two original build sheets to support that claim. It is different from most other 1970 Chevelle SS offerings in that it was ordered without power steering, cowl induction, or the stripe package. The Chevelle has been the subject of a comprehensive restoration that was completed in 2013. It is finished in Glasurit single stage Tuxedo Black paint with a black vinyl roof over a Metallic Medium Gold vinyl interior. The Chevelle was equipped with a host of other equipment including a GW8 4.10 ratio twelve-bolt axle with G80 Positraction, an F41 Special Front and Rear Suspension, power brakes with front discs, and the aforementioned C08 black vinyl top. The Chevelle SS rolls on its factory SS wheels shod in Firestone Wide Oval tires, and its 454 cube LS6 is backed by a column shifted TH400 three-speed auto. The original owner’s manual is included in the sale. 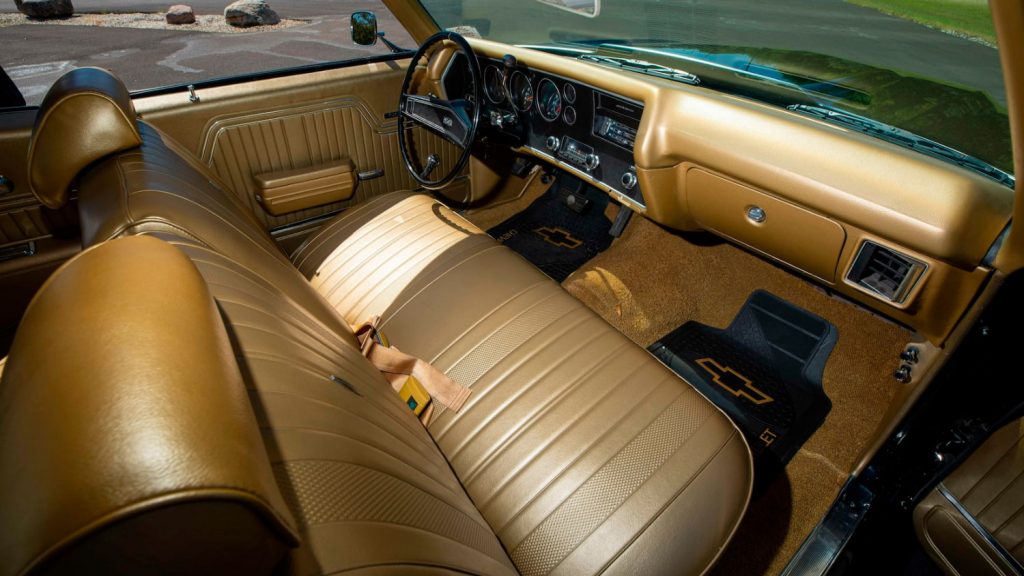 This rare Chevy Chevelle SS LS6 will cross the Mecum Auctions block at their Chicago sale October 13th through the 15th. 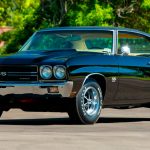 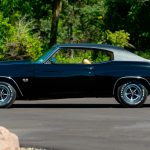 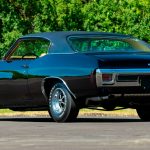 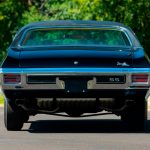 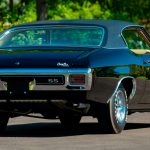 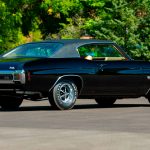 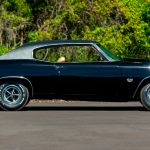 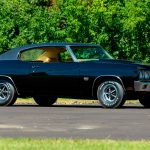 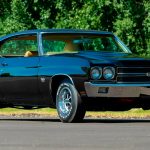 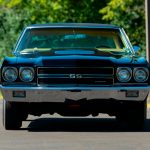 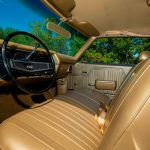 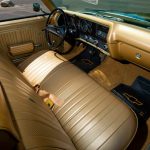 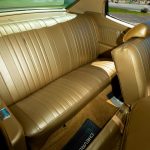 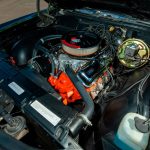 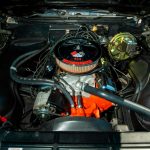 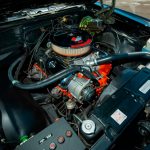