Production has officially begun at the new Ultium Cells plant in Warren, Ohio, GM announced this week, with the automaker inviting Ohio Governor Mike DeWine to tour the facility and demonstrate its innovative cell manufacturing processes.

Roughly 800 employees are currently working at the Ultium Cells plant. This is the first cell production facility in America operated by the company, which is a joint venture partnership between GM and Korean supplier LG Energy Solution. GM inaugurated its first global Ultium Cells plant in Shanghai, China last year. 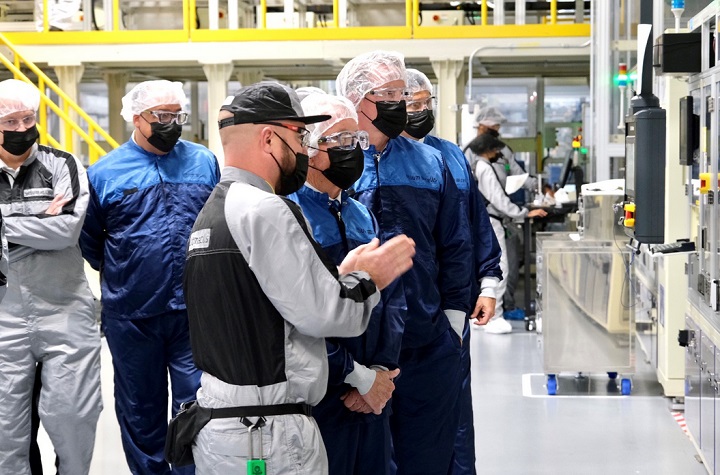 Governor DeWine toured the Warren Ultium plant on Wednesday, with Ultium Cells President Kee Eun and Vice President of Operations Tom Gallagher providing an interactive demonstration of its training simulators, as well as a walking tour of the cell manufacturing process where team members showcased the production of battery cells.

“During the visit, Ultium Cells highlighted its innovative cell manufacturing process driven by a growing team of more than 800,” Ultium said in a prepared statement. “The company has started cell production and continues to remain focused on training as it prepares to ramp up. At full production, the facility will create 1,300 new high-tech jobs.” 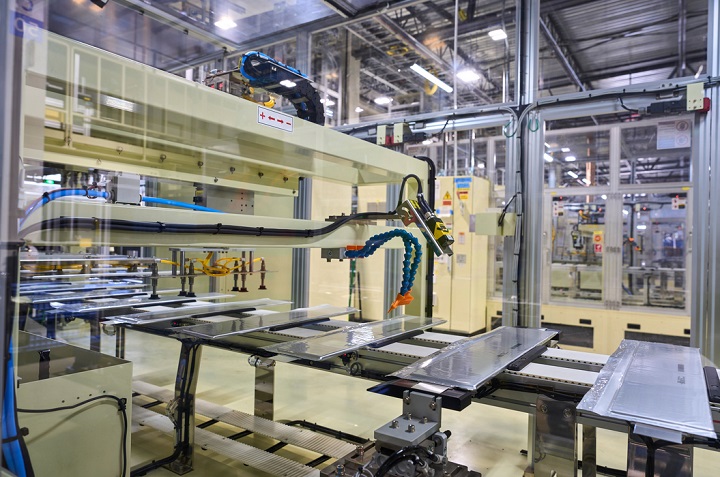 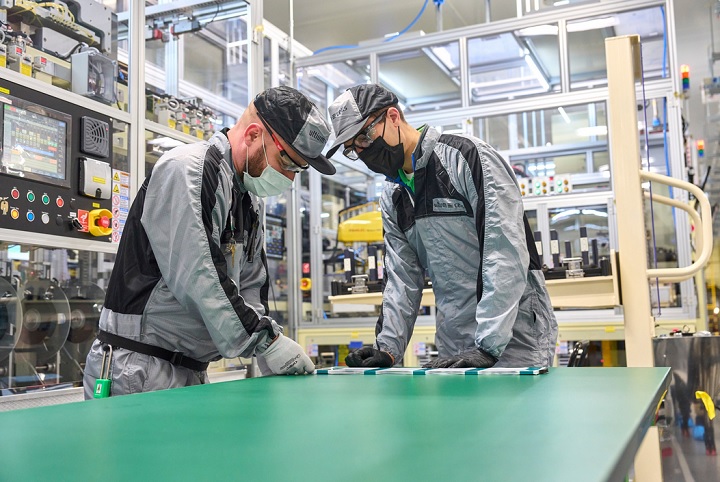 In addition to the Ohio plant, Ultium is also constructing new cell production sites in Michigan and Tennesee, while a fourth U.S. facility may be constructed in Indiana, as well. These plants will produce proprietary Ultium pouch cells, which offer superior packaging solutions to the cylindrical battery cells used by Tesla and many other manufacturers. GM has also said it will offer battery packs in vehicles ranging in capacity from 50 kWh to 200 kWh.