Visitors to any of the four GM brand websites for the North American markets may have noticed the automaker has rolled out a new configurator tool for the 2023 model year, which serves the same purpose as the outgoing configurator and displays similar information, albeit with a different layout that one might argue is cleaner and easier to read. We’ve used the configurator tool quite a bit in recent weeks and are now left wondering, do visitors to GM’s site prefer the new layout, or would they rather stick with the old design?

Compared to the outgoing configurator, the new version features a full-screen layout with larger, higher-definition photos. The menu for the page selections is still located in a horizontal row across the top of the page, however it now has a slightly different layout with larger, easier-to-read black grey font played against a white background. Most of the font on the new configurator is also larger, making it a bit easier to read and use than the outgoing version. 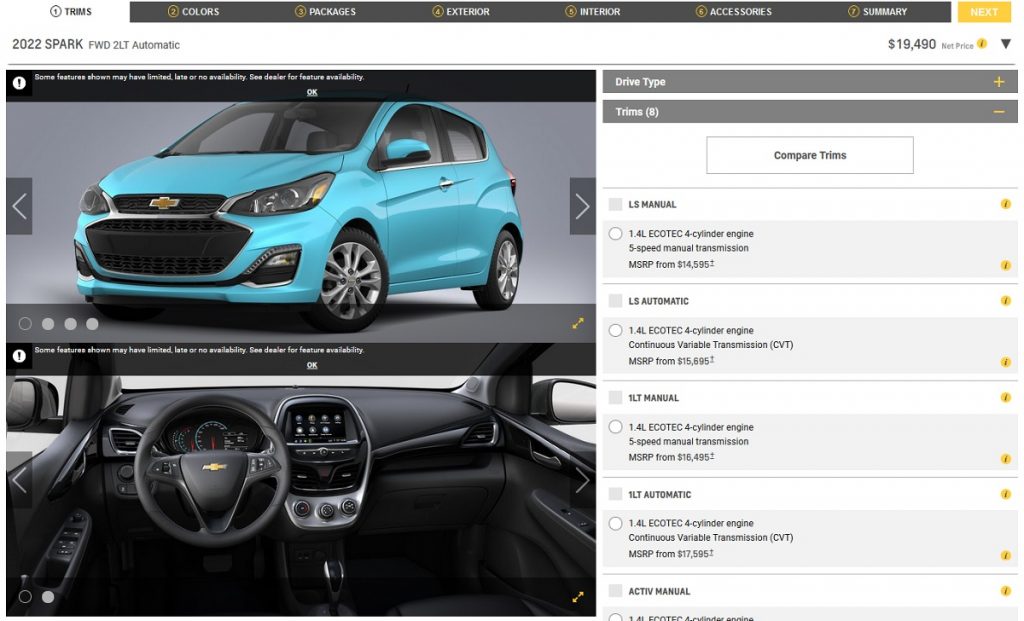 Some of the differences between the two configurators can be easily spotted in the photos included in this article. The Chevy Trailblazer configurator is the new version of the online tool, whereas the Chevy Spark configurator is the old version. Both of these configurations display the same information, but as we noted above, the new design is a bit simpler and should be more user friendly for older consumers or those that aren’t overly familiar with technology thanks to its simple layout. We also prefer the way the new tool displays pricing information, with the font used for this section being much larger and clearer. To reiterate, this configurator tool has been rolled out to the Cadillac, GMC and Buick websites, in addition to Chevrolet‘s, although we used Chevy as an example for this article. 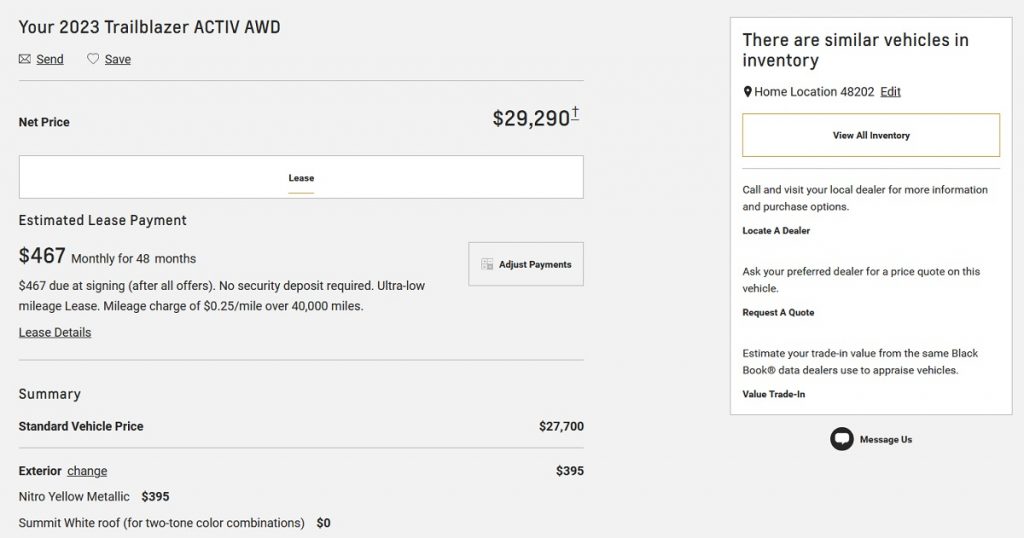