Tyler Reddick and the No. 8 Nascar Chevy team were eliminated from the Cup Series Playoffs last weekend at Bristol, but he proved he’s still got the fighting spirit, surviving a wild race at Texas Motor Speedway to take the trophy on September 25th, 2022.

“We had a lot of issues today, I’m not going to lie,” Reddick said after the race, recounting setbacks from pit road mishaps, a lengthy weather delay, mysterious vibrations in his No. 8 Camaro ZL1 and his efforts to hold off Joey Logano’s No. 22 Ford Mustang as the laps ticked down. “Every time we’ve had a strong car we’ve been bit by something. This is a tough race, 500 miles here is not an easy feat and I know it wasn’t easy on [the fans].” 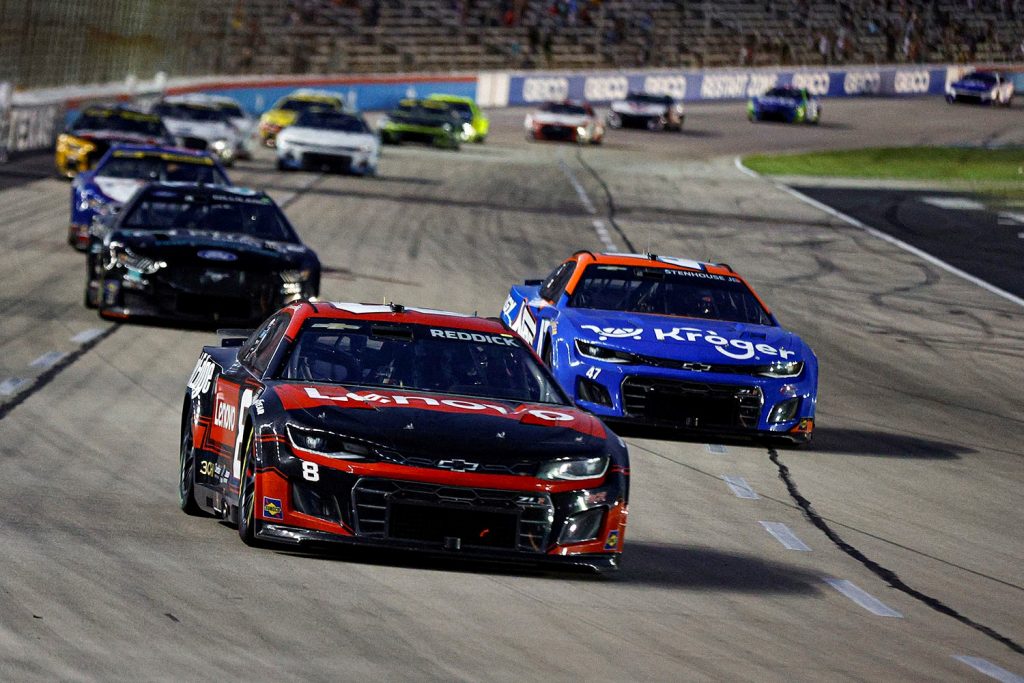 Reddick’s victory makes him the fourth consecutive non-Playoffs driver to win a race since the start of the Playoffs – all four races so far have been won by drivers not eligible for competition in the championship.

Meanwhile, William Byron, driver of the No. 24 Nascar Chevy, got into a spat with the No. 11 Toyota TRD Camry of Denny Hamlin late in the race. Byron said he felt Hamlin chase him up the racetrack, forcing the No. 24 Camaro into the wall. Byron retaliated under the ensuing caution flag, ramming his No. 24 Camaro into the back of the No. 11 Camry and sending Hamlin spinning across the infield. 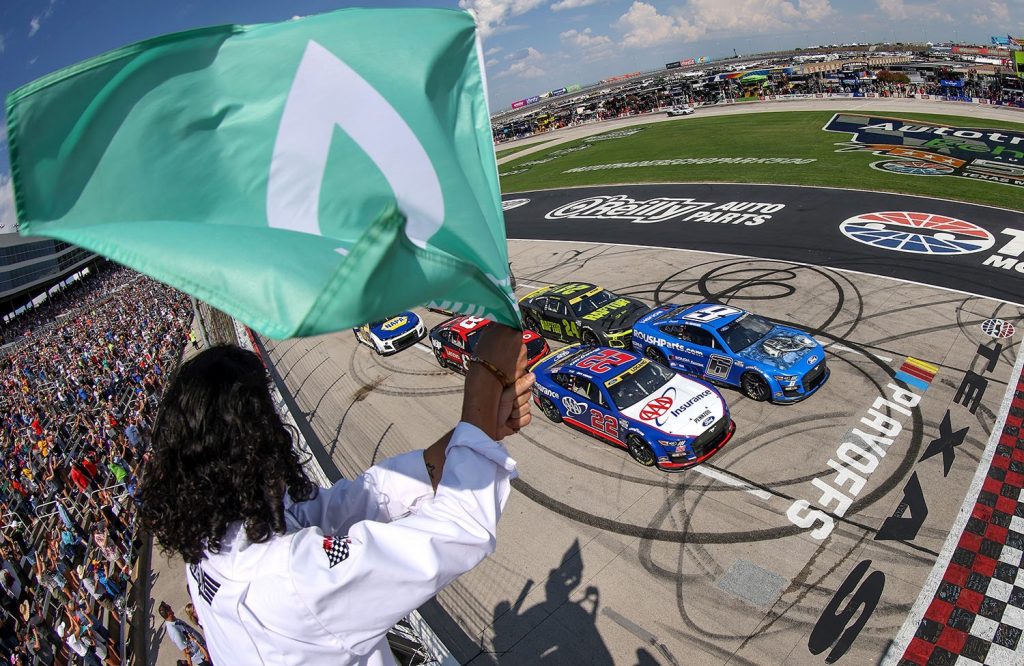 “It was really hard contact,” Byron said of the initial crash with Hamlin. “I didn’t mean to spin him out over there but obviously I’m pissed off and not going to get run like that. We’ve always raced together so well so I don’t know what it was all about.”

Additionally, Chase Elliott’s No. 9 Camaro led for much of the race, but was felled by a blown tire that critically damaged his race car while in first place. A similar incident occurred with both the No. 4 Mustang of Kevin Harvick and the No. 19 Camry of Martin Truex Jr., who also suffered blown tires without warning while leading. Alex Bowman’s No. 48 Camaro was also seriously damaged in a wreck, putting him in danger of being eliminated when the Playoffs field is again narrowed in a few weeks.