The No. 71 Chevy Camaro GT4.R, co-driven by Robin Liddel and Frank DePew, scored a 10th-place result at last weekend’s IMSA Michelin Pilot Challenge race after penalties were assessed to one of the top finishers.

The race took place at Virginia International Raceway (VIR) on August 27th, 2022, with the Grand Sport (GS) class covering 186.390 miles in approximately two hours. The No. 71 Camaro GT4.R laid down a best lap of 1:54.467, one of the fastest times recorded during the event. 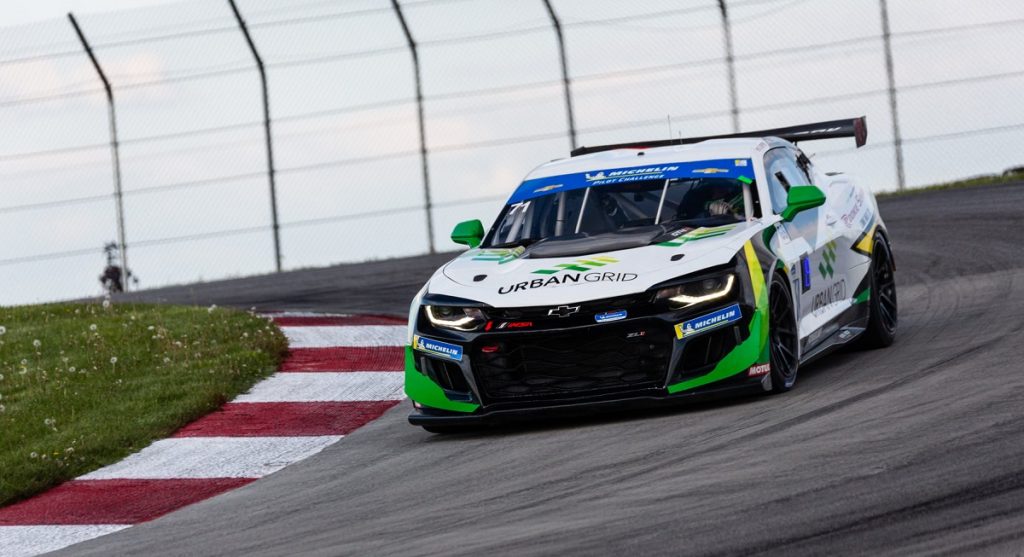 Up front, three Ford Mustang GT4 race cars paced the field for most of the race. Joey Hand was behind the wheel of the No. 40 Mustang GT4 when it crossed the finish line in first, giving him and co-driver James Pesek the victory. While the No. 59 Mustang driven by Billy Johnson and Luca Mars crossed the line second, the team was penalized for not meeting maximum fuel capacity requirements, resulting in the car being stripped of second place and relegated to last in the GS class, or 32nd overall.

The penalty assessed to the No. 59 Mustang GT4 bumped the No. 877 Mustang GT4 of Sheena Monk and Kyle Marcelli from third to second place overall, followed by the No. 64 Porsche 718 GT4 RS CS in third. This granted the No. 71 Camaro GT4.R of Liddel and DePew a 10th place finish instead of 11th.

As it stands, the No. 71 Camaro GT4.R sits in seventh in overall GS class points with one race remaining in the 2022 IMSA Michelin Pilot Challenge season. Liddel and DePew have one win this season, having taken the GS class trophy at Lime Rock Park on July 16th. The final race of the season will occur from September 28th through October 1st, 2022 at Road Atlanta.