Late last month, GM Authority reported that the 2023 Chevy Seeker crossover that debuted in China this past July would not be available in the North American market. Now, however, we’ve since learned that GM is now considering bringing the new Seeker to North America after all.

According to GM Authority sources, a team within GM is currently assessing a business case in bringing the new Chevy Seeker to the North American market.

The new Seeker is based on the GM VSS-F vehicle set, a flexible global architecture that’s capable of being built at plants around the world. As of this writing, we have reason to believe that the Seeker will be built at the GM Changwon plant in Korea. Although it’s unclear at this time what powerplant configuration GM may offer the potential North America-bound Chevy Seeker, the all-new model in China will be equipped with the new turbocharged 1.5L engine from the eighth-generation GM Ecotec family, which launched in China last year with the Buick Verano Pro. Output is rated at 177 horsepower, with a continuously variable transmission (CVT) offered as the exclusive transmission option. All-wheel-drive should also be on tap. 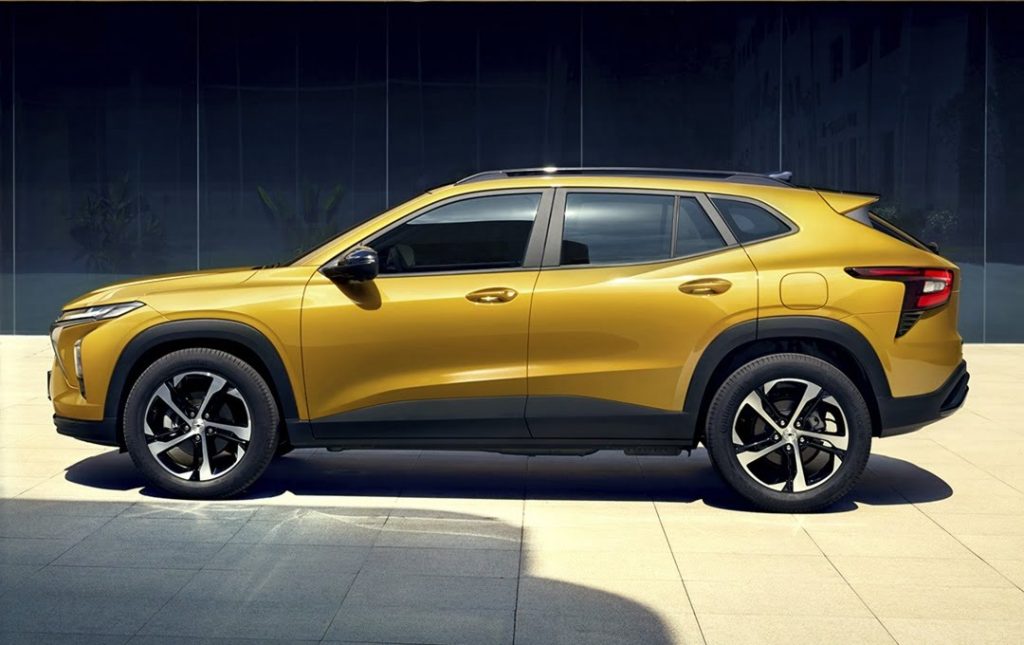 In terms of sizing, the new Chevy Seeker slots in between the Chevy Trailblazer and Chevy Equinox as a company model. Exterior dimensions include a 106.3-inch wheelbase, 178.6-inch overall length, 61.6-inch overall height, and 71.7-inch overall width.

Check out how it stacks up against the rest of the Chevy crossover lineup below. Note that the table includes exterior dimensions for all of Chevy’s crossovers in various markets:

Also unknown is the name this model could carry. Though this new crossover will be called the Chevy Seeker in China, it may not have a completely different nameplate in the North America –  assuming GM green-lights its sale over here.

Of course, we want to know – do you think GM should bring the new Chevy Seeker to the North American market? Let us know by voting in the poll below, and make sure subscribe to GM Authority for more Chevy Seeker news, Chevy news, GM business news, and around-the-clock GM news coverage.