Chevy Silverado HD customers interested in upgrading their rig with some fresh headlights can do so with these new LED units from aftermarket lighting company Morimoto. 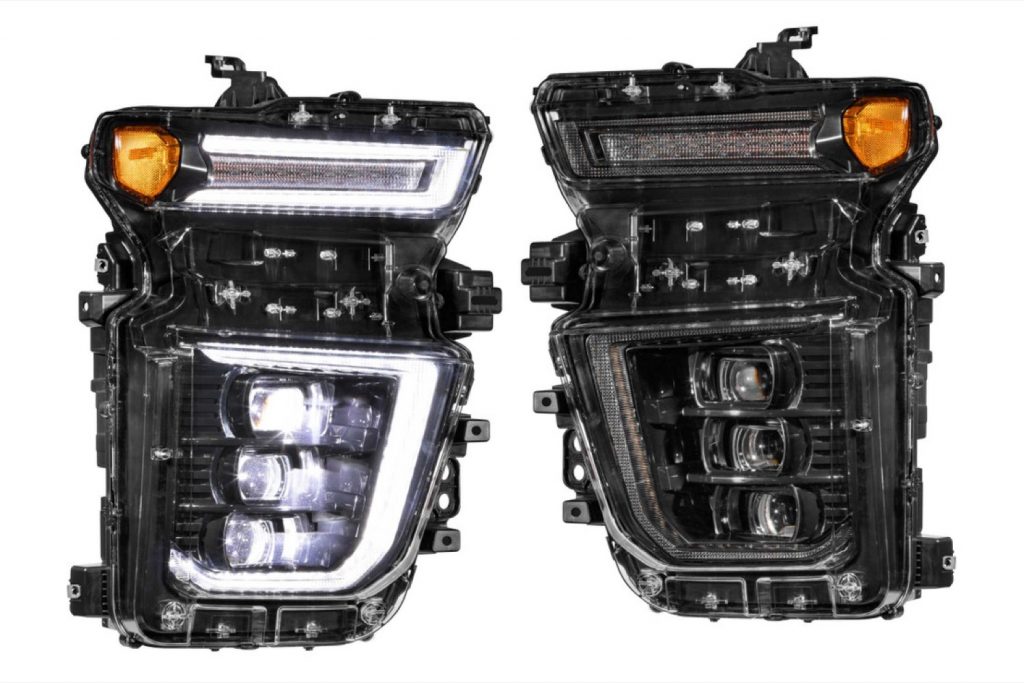 Morimoto is actually offering two LED headlight kits for the Chevy Silverado HD customers, starting with the company’s XB LED series. The XB LED series includes triple-projector optics with integrated adjusters that make them easy to aim and stay within regulations, as well as sequential LED daytime running lights that are bright even during the day. The LED turn signals are a significant upgrade over the incandescent lights, while the sequential model can be disabled for those that prefer a simple flashing animation.

The lights include a UV-coated polycarbonate lens, PPS plastic housing, and die-cast aluminum heat-sinks, as well as OEM-grade Osram LED chips for illumination. Installation is also easy thanks to a plug-and-play design that doesn’t require any modifications – simply plug the factory connectors into the new assemblies, with each kit including all the components required for a DIY install. Check out the install and overview video right here:

If that’s a little too expensive for your taste, Morimoto is also offering the XB Hybrid LED headlights kit for 2020 model-year-and-later Chevy Silverado HD vehicles. Compared to the non-hybrid kit, the XB Hybrid kit includes many of the same components and features, but two projectors, as opposed to three for the XB LED series. The XB Hybrid kit also incorporates standard incandescent bulbs for the turn signals, rather than integrating with the daytime running light strip. What’s more, installation is still simple, while the components are DOT-approved as well.

Pricing for the Morimoto XB Hybrid LED headlights for the Chevy Silverado HD is set at $1,200, per the Morimoto website. Check out the kit’s overview and installation video here: