Scott McLaughlin raced to his third victory of the 2022 NTT Data IndyCar Series season at Portland on Sunday, continuing the strong form the hugely talented Kiwi has shown throughout his sophomore season in the American open-wheel championship.

McLaughlin started on pole position for the 110-lap Grand Prix of Portland and led 104 of 110 laps, only relinquishing track position during green flag pit stops. His Team Penske/Chevrolet compatriot Will Power followed him across the finish line 1.1792 seconds later, while Scott Dixon was third for Chip Ganassi Racing/Honda. 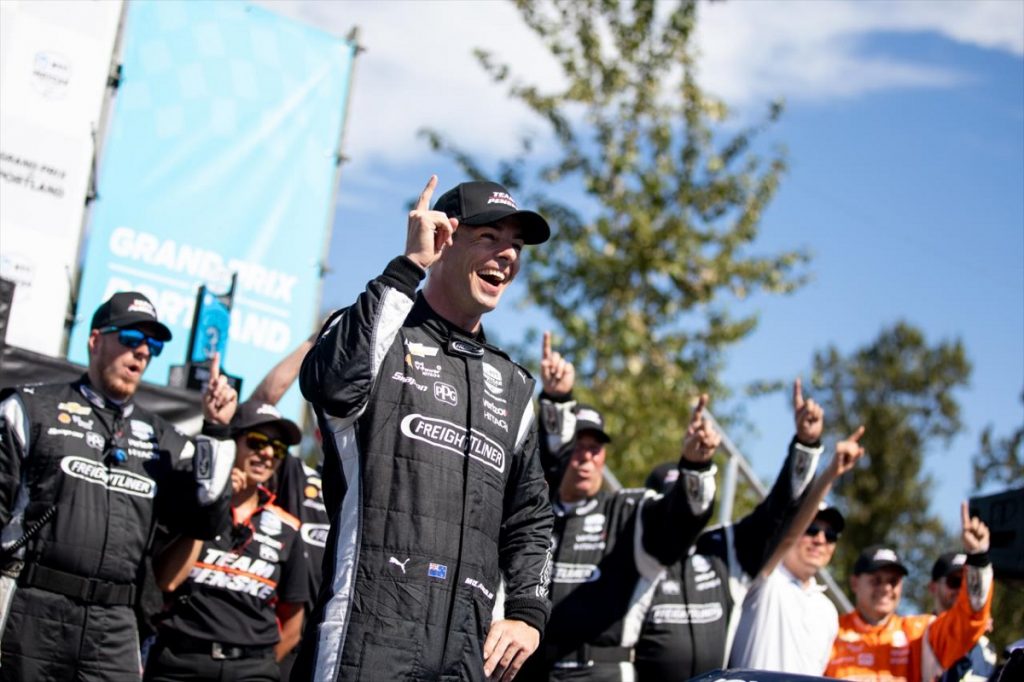 Sunday’s dominant victory kept McLaughlin in the hunt for IndyCar’s Astor Cup, however the Kiwi sits fifth in the points standings heading into the championship-deciding closer at Laguna Seca next weekend and can likely only take the title if his rivals face misfortune.

“The Freightliner Chevy all weekend has been fast and has been right there when we needed it,” McLaughlin told IndyCar.com. “The team, the Thirsty 3’s, got the job done in the pits. We did exactly what we needed to do this weekend, and that was win and get max points and keep ourselves in the fight.”

Power leads the IndyCar points standings headed to Laguna Seca with 523 points, while Team Penske’s Josef Newgarden and Dixon are tied for second with 503 points each. Chip Ganassi Racing’s Marcus Ericsson is fourth in the standings with 484 points – just two points more than McLaughlin’s 482-point haul.

Click here for full results from the 2022 IndyCar Grand Prix of Portland and check out the video embedded below for highlights. The season-ending Firestone Grand Prix of Monterey on will be held at Laguna Seca on Sunday, Sept. 11th.