The folks behind Holley’s official YouTube channel had the chance to catch up with the owner of a lifted 1970 Chevy El Camino at the recent 19th Annual Holley National Hot Rod Reunion in Bowling Green, Kentucky, who revealed some rather interesting details about the unique build, which he and a friend first started way back in the 1980s.

The owner of this attention-grabbing Chevy El Camino, Kentucky native Charlie Tatum, said he acquired it from a friend in the mid-1980s as a partially completed project. It rides on a half-ton Chevy truck frame that has been cut down to fit the shorter El Camino body and features working four-wheel-drive. Under the hood sits a 454 cubic inch Big Block lifted from a 1971 Chevelle, which is paired with a TH350 transmission. This combination may not make for the most powerful or most impressive powertrain, however Tatum says he wanted to retain the vehicle’s drivability. 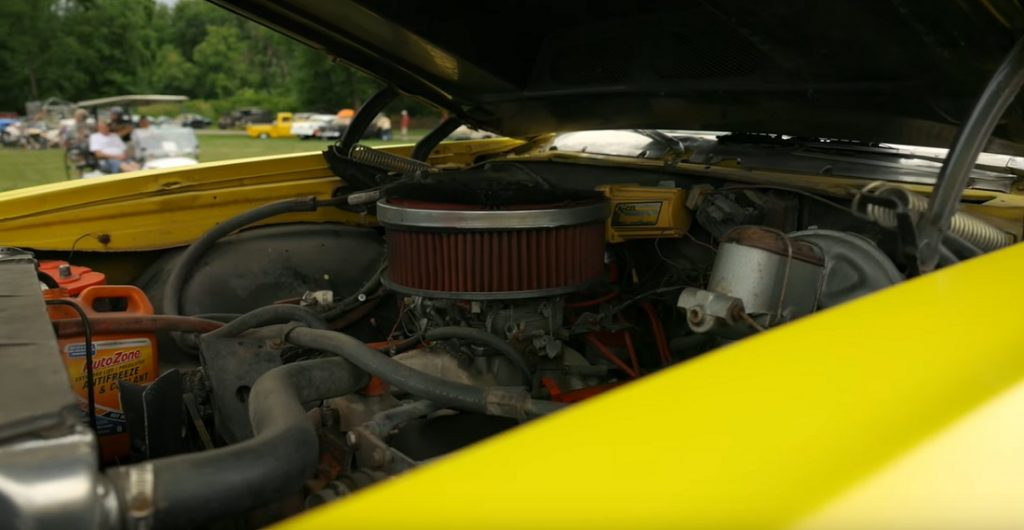 “It is true 4×4, fully functional, take it in the mud, snow, wherever you want to take it,” he said. “I like something that you can drive, I don’t like having to put it on a trailer and having to take it everywhere.” 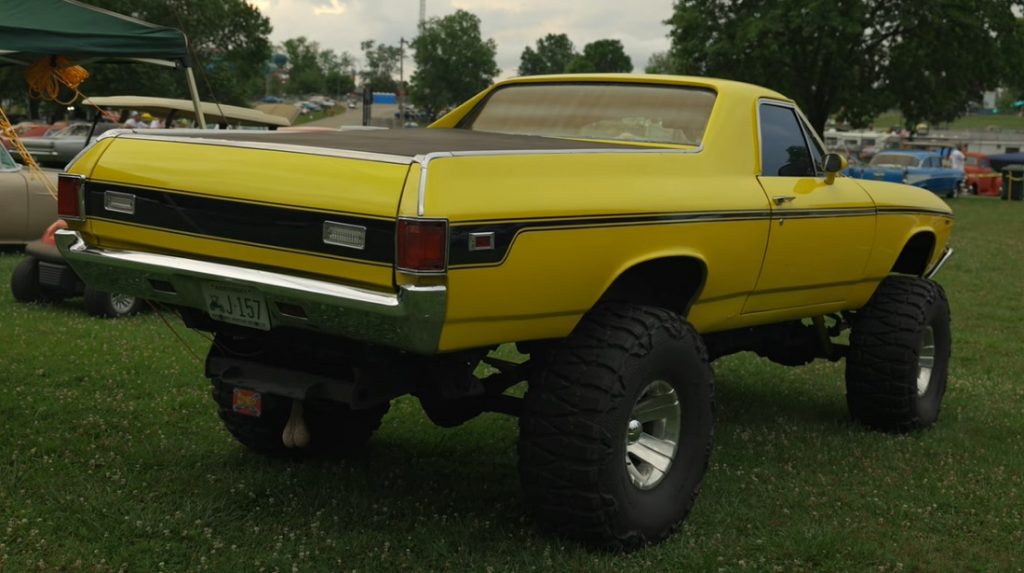 While this Chevy El Camino has no trouble turning heads at car shows, Tatum said that kids and younger car enthusiasts are naturally drawn to the bright yellow, monster truck-style two-door.

“The little ones really love it, because you know Monster Trucks got real popular when we were doing it,” he said. “To them it is a monster truck, so they get a real kick out of it.”

Hear what else Tatum had to say about his unique Chevy Chevelle in the video embedded below.