Every year since 2002, the Hot Wheels Red Line Club (RLC) has offered a new scale model car that’s only available to its members. In fact, the first anniversary vehicle was a 1967 Chevy Camaro that sported Redline wheels and a dazzling chrome finish. A complete two decades after the launch of the RLC Camaro, Hot Wheels is bringing the muscle car back exclusively for RLC members with a retooled and refreshed look. 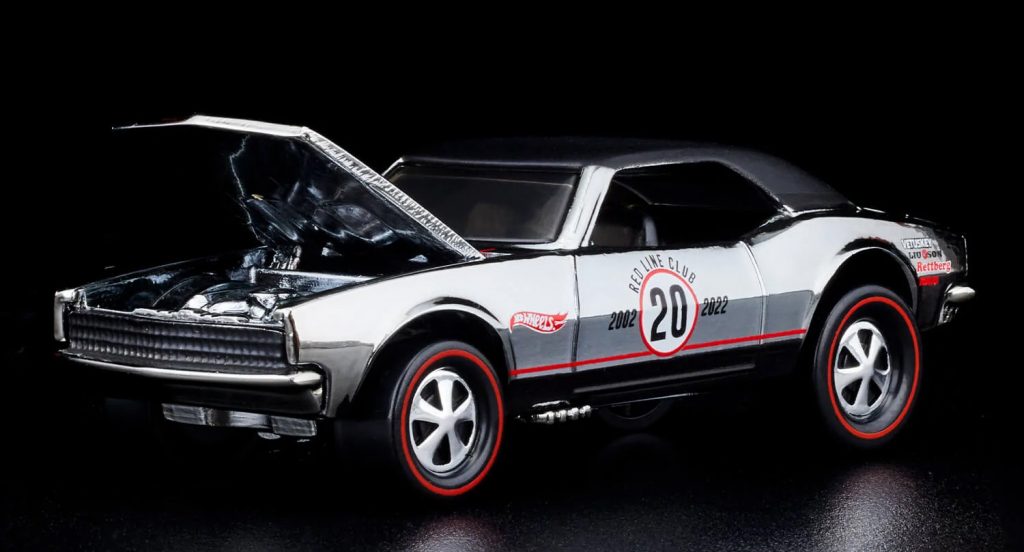 The 1967 Chevy Camaro model was one of the original 16 Hot Wheels cars offered in 1968, and the design team retooled the model in 2018, making it the perfect vehicle for an RLC club revival. The design is reminiscent of the original RLC Camaro offered to members back in 2002, featuring a Spectraflame Shadowchrome finish that’s sure to add a flashy chrome focal point to any collection. The roof is finished in contrasting matte black, and a pair of matte black stripes run the length of the hood, with sporty red pinstripes present on the hood, sides and rear of the mini muscle car.

On the side, a Hot Wheels decal on the front fender brands this scale model, while a round decal proudly proclaims “Red Line Club,” along with a bold No. 20 as a tribute to the milestone anniversary. It also reads “2002” and “2022” on either side of the circular decal, while the names of Mattel employees are placed on the rear fenders. The entire ensemble rolls on Neo-Classics deep-dish wheels, which is an all-new design debuting on this particular model.

The hood opens to reveal a molded chrome engine, bringing as much realism as possible to the small 1:64-scale Chevy Camaro. It is packaged in an illustrated RLC blister card that features vintage design elements. What’s more, some buyers will receive a rear foil blister card package, which will be distributed to members at random. 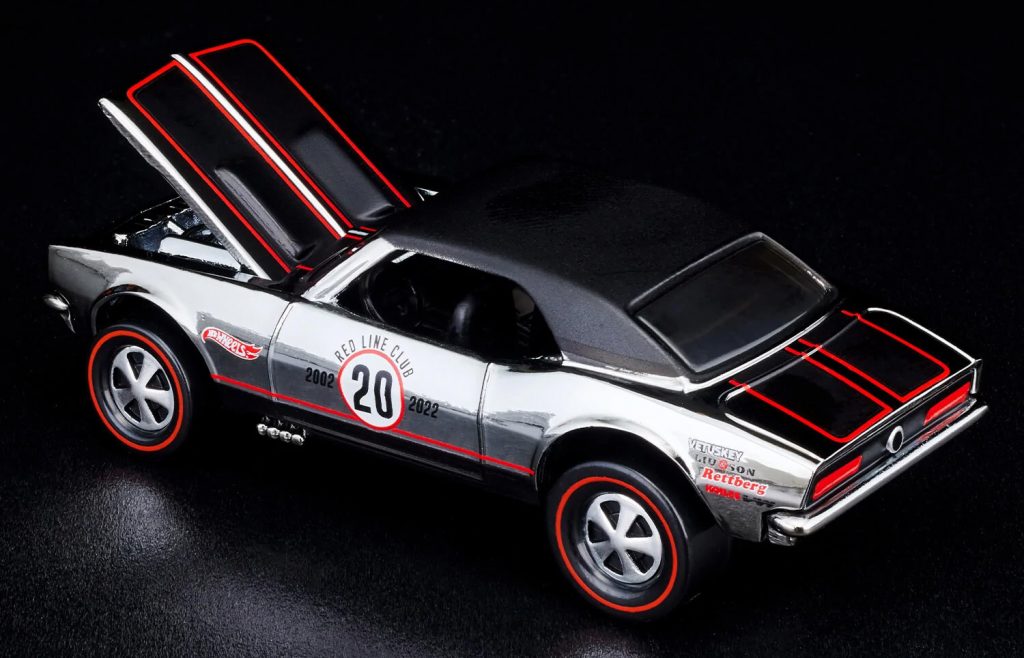