General Motors has just officially launched the Seeker as Chevrolet‘s newest compact crossover in the world’s largest auto market. The moves comes on the heels of Chevy opening pre-orders for the all-new 2023 Chevy Seeker in China earlier this month. 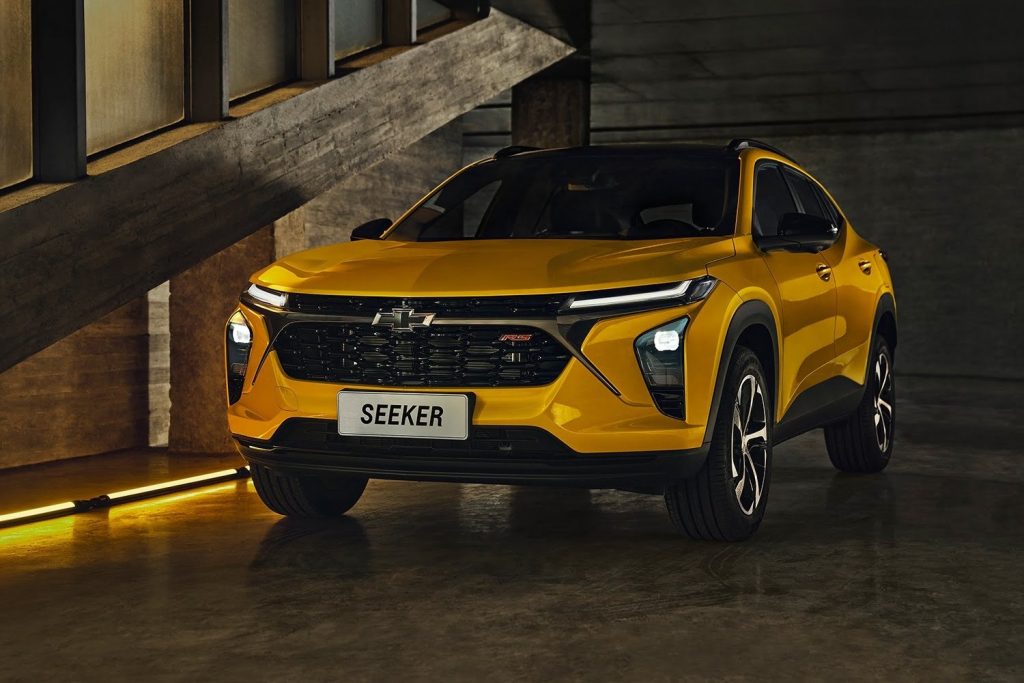 On Monday, September 19th, the SAIC-GM joint venture officially launched the all-new 2023 Chevy Seeker in the Asian country, where the new nameplate arrives to renew and increase the level of competitiveness of Chevy’s utility vehicle portfolio in the largest segment of the Chinese automobile market. In China, the Seeker is positioned between the subcompact (B-Segment) Chevy Tracker and the larger Chevy Equinox (C-Segment). 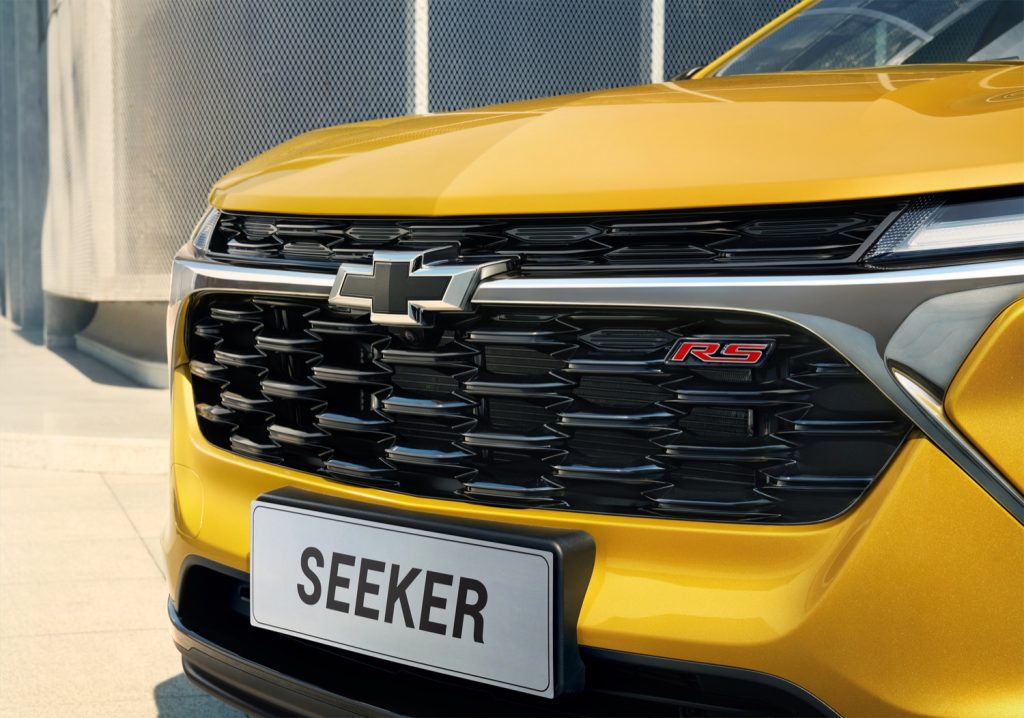 At launch, the 2023 Chevy Seeker lineup for China is comprised of five trims, including two variants of the range-topping RS trim level. All versions offer particularly high levels of equipment, many customization possibilities, as well as a bolder and sportier appearance meant to appeal to a new generation of young buyers. 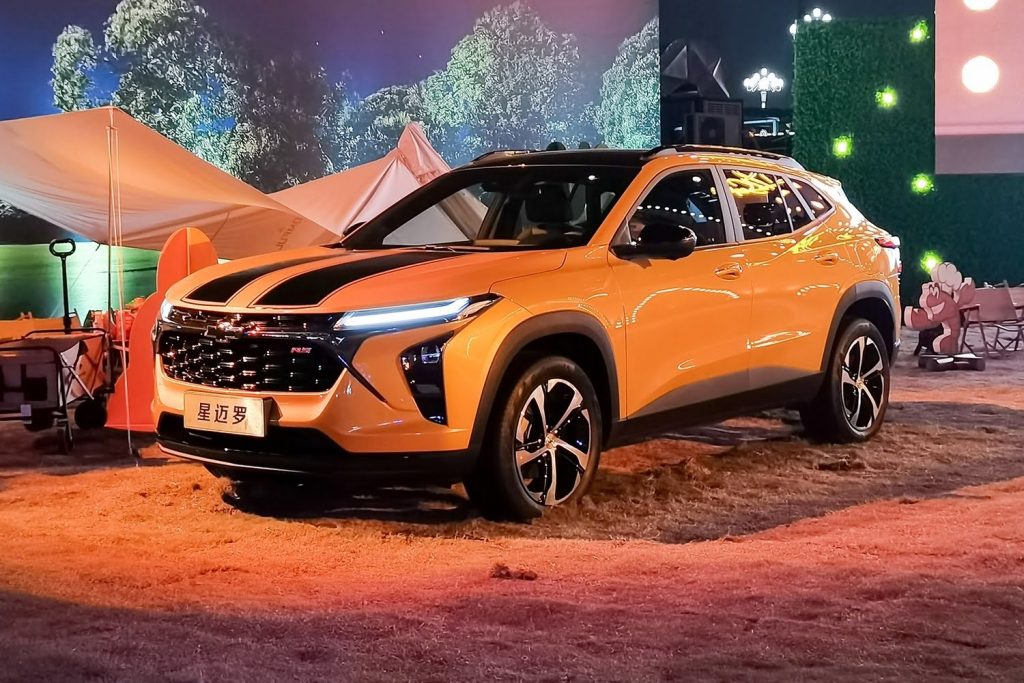 In fact, in addition to debuting the brand’s latest design evolution, the 2023 Chevy Seeker is also the first Chevrolet crossover to offer an exterior appearance package that features two black hood stripes inspired by those offered on the Chevy Camaro. This optional appearance pack is exclusive to the two sporty-looking RS trims.

In addition, the 2023 Seeker is being offered with a choice of seven exterior colors, including the brand new “Contemporary Gold” hue. 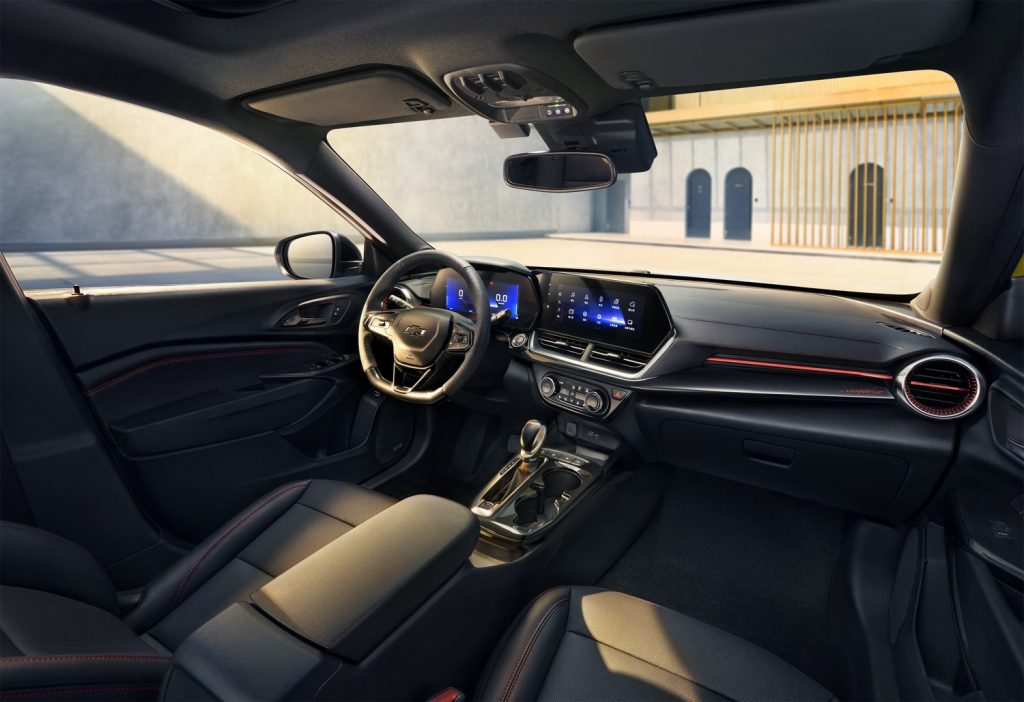 The new Chevy Seeker is built on the GM VSS-F platform and as GM Authority reported last month, it features the most powerful 1.5T engine in its class. The crossover utility vehicle’s eighth-generation Ecotec engine generates a class-leading 135 kW (181 horsepower) along with 250 Nm or 184 pound-feet of torque. The boosted but peppy mill is mated exclusively to a CVT automatic transmission. GM claims that the Seeker is capable of accelerating from 0 to 60 mph in 7.9 seconds and has a combined fuel economy of 6.5 L/100 km or 36.2 U.S. mpg. 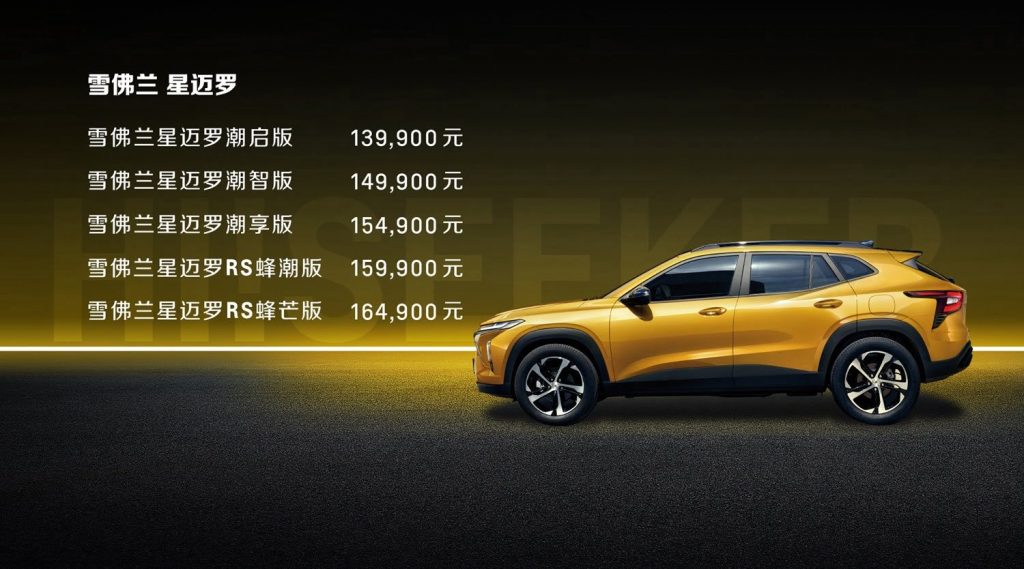 The all-new 2023 Chevy Seeker will be available in China starting next week, when it will begin arriving at Chevrolet dealerships across China. All trims will feature various technologies and safety equipment as standard, including the new Tune Dynamic (TD) sound system. 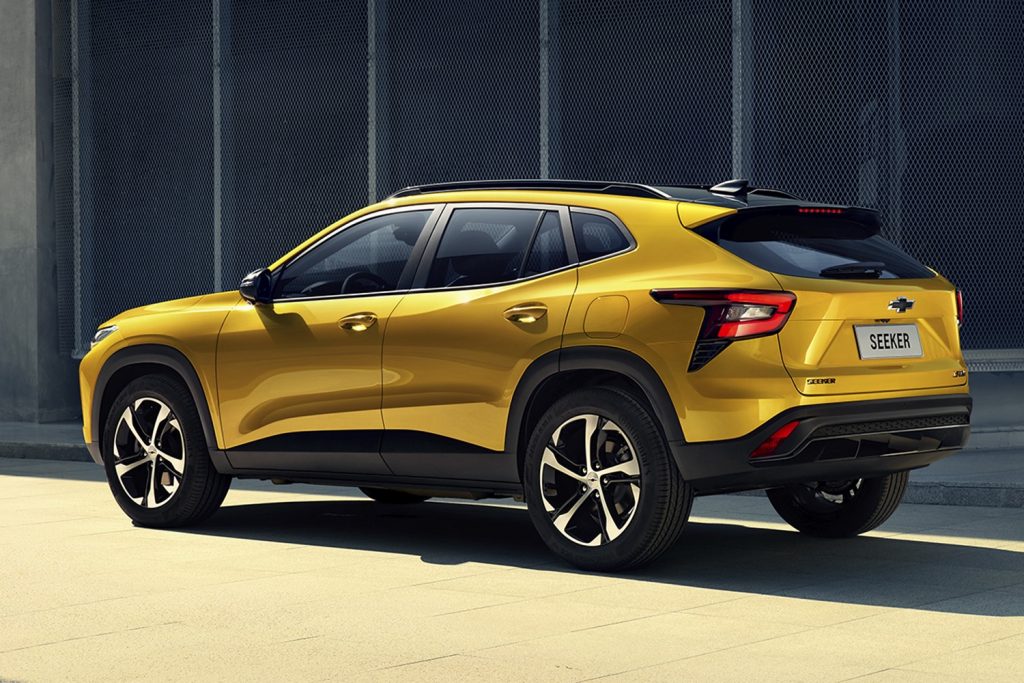 As far as we know, GM is considering bringing the Seeker to North America, where it would slot between the Trailblazer and next-gen Equinox.