Though a number of factory performance specials were built before, it is commonly held that the muscle car era began with the 1964 Pontiac GTO and Buick GS. For six years, American manufacturers crammed increasingly larger and more powerful engines into mid-size passenger cars. But as the power output grew, insurance companies began to balk at covering these high-performance machines, especially for the younger drivers to which the muscle cars most appealed. Additionally, federal fuel economy standards and regulations like the Clean Air Act were about to put a damper on auto emissions. The end was nigh for the muscle car. 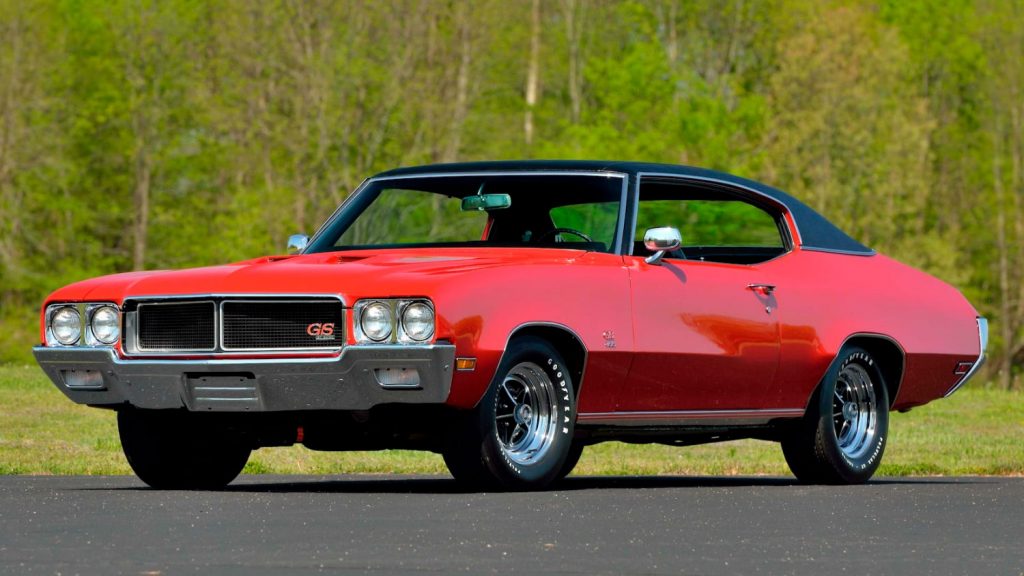 General Motors wanted to go out with a bang, so for the 1970 model year, GM removed their internal edict of limiting displacement in mid-size passenger cars to 400 cubic inches, and Buick took full advantage. The Buick GS was blessed with the hairy-chested 455 cube Big Block that put out 350 horsepower and an asphalt-wrinkling 510 pound-feet of torque. Hot Rod magazine tested a 1970 Buick GS, and managed to lay down a 14.4 second quarter mile time at 96 miles per hour on street rubber. Motor Trend magazine tested a GS Stage 1, rated at 360 horsepower but with the same torque, that produced a 13.79 second trap time at a scorching 104.5 mph (think maybe Buick was fibbing on the 360 ponies?). 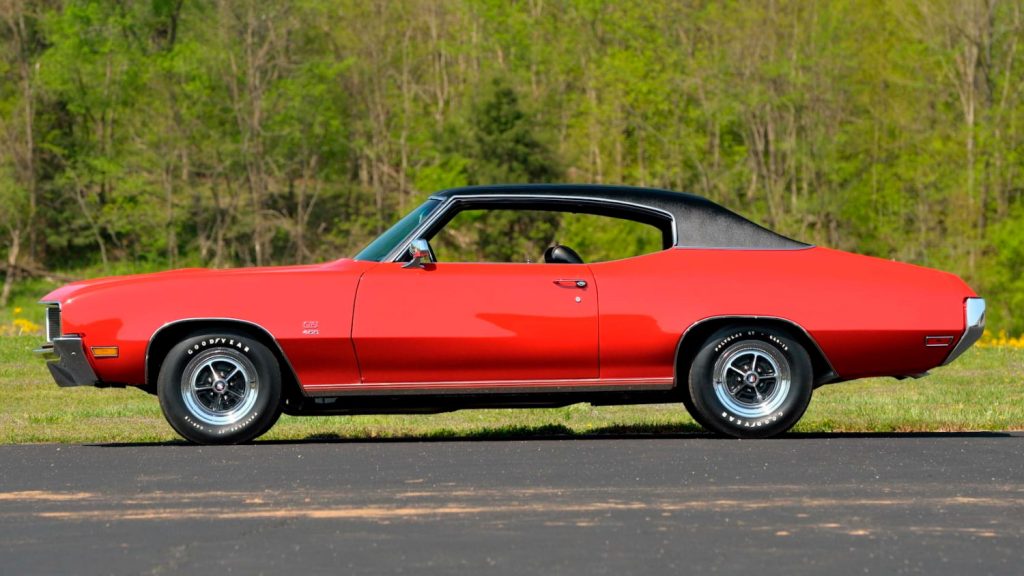 Our feature 1970 Buick GS began life in a factory Mist Green hue, but has been repainted in Fire Red during a comprehensive restoration. It was judged at the Buick Nationals, scoring 390 out of a possible 400 points. According to the seller, the judged deficiencies have since been corrected. The GS is powered by its matching-numbers 455 cubic-inch engine. The Big Block is backed by a three-speed automatic transmission. The GS rolls on five-spoke Buick Rally wheels shod in raised-white-letter Goodyear Polyglas GT bias-ply tires. 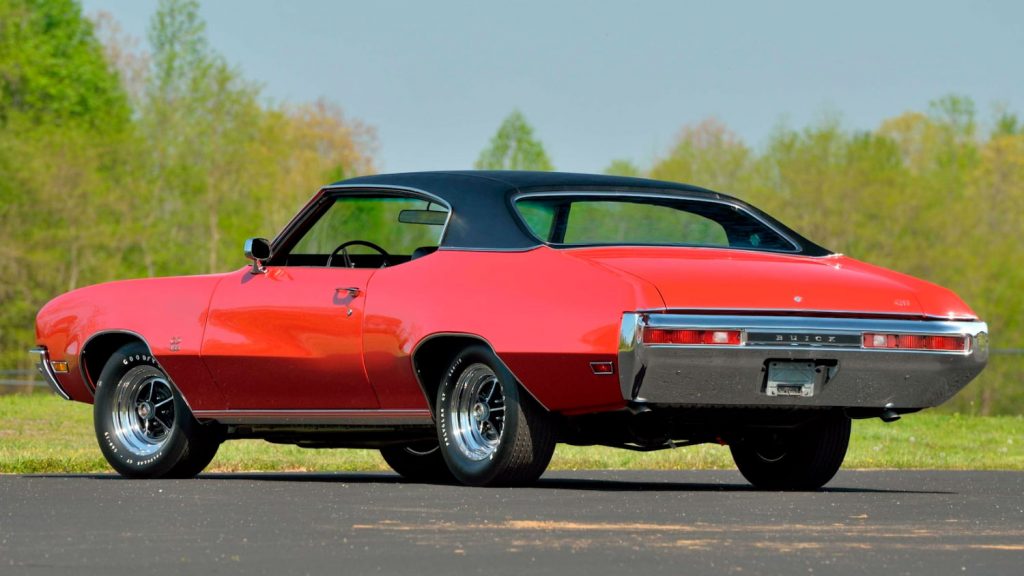 Inside the Buick GS is awash in a solid black interior. The front and rear bench seats have been recovered in black vinyl. The front bench seat has a large center armrest. Faux wood trim adorns the dash. The GS is equipped with pushbutton AM/FM/8-track radio, power steering, power brakes, factory tach, and a column shift. 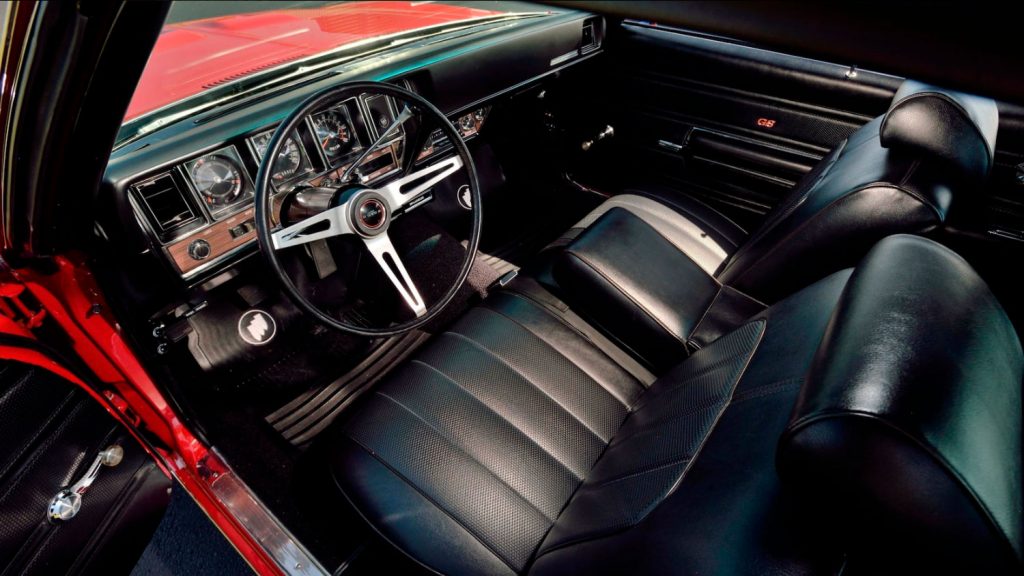 Under the hood of the Buick GS is a highly detailed engine compartment that is home to the numbers-matching 455 cube powerplant. The engine appears to have all the proper decals and markings in place, and the cowl intake foam surrounds show no wrinkling or deformation. 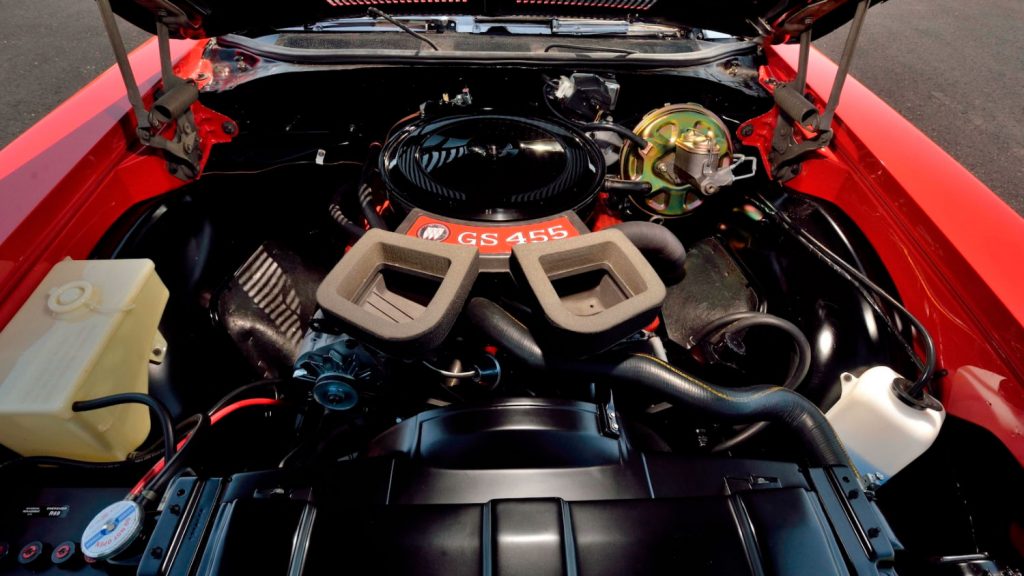 The sale of this stunning 1970 Buick GS includes a partial build sheet and Sloan Museum documentation. It will cross the Mecum Auctions block at their Dallas, Texas event taking place September 7th through the 10th. 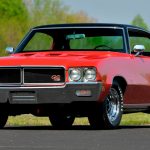 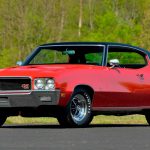 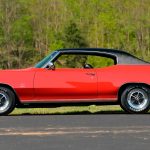 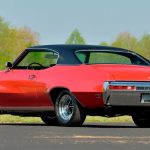 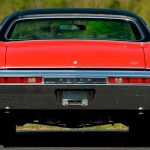 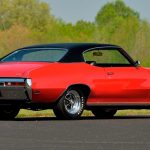 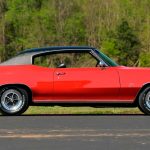 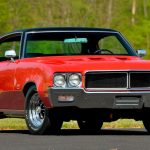 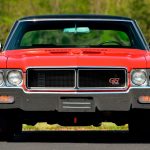 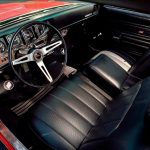 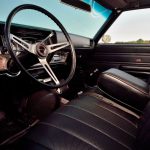 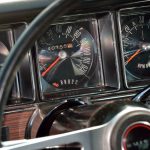 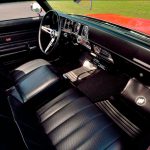 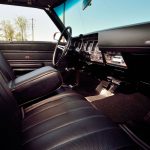 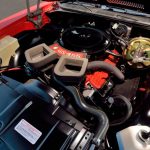 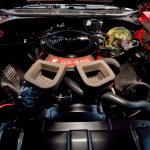 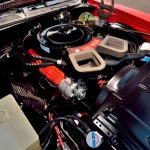