The mid-engine 2023 Chevrolet Corvette Z06 represents the highest levels of performance within the current Corvette C8 lineup, delivering race-inspired, agile handling and the world’s most powerful atmospheric V8 gasoline engine in a production car, resulting in one of the most sought-after performance vehicles on the market today. Production of the 2023 Z06 will begin soon, but at least one example appears to be in the hands of GM’s crosstown rival, Ford Motor Company, as GM Authority spied a C8 Corvette Z06 within FoMoCo facilities. 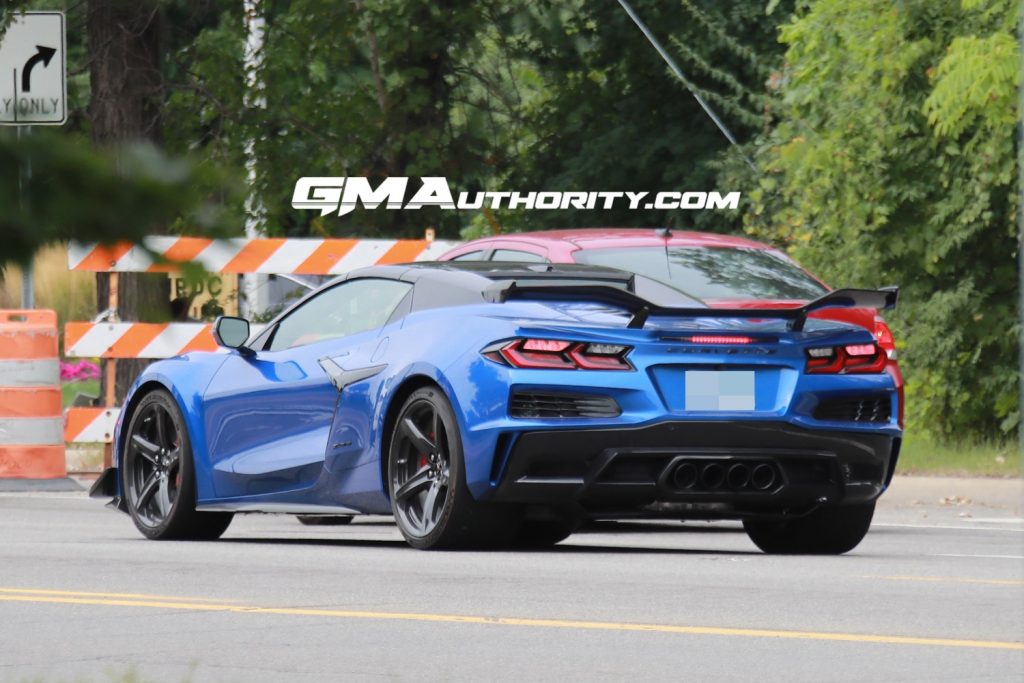 It’s entirely possible that Ford could have obtained this 2023 Corvette Z06, which was seen exiting Ford’s vehicle development lab in Dearborn, Michigan, as part of an intra-OEM vehicle swap. This could mean that GM obtained a Ford vehicle in exchange, such as the 2024 Ford Mustang. While the Corvette could be considered an indirect rival to the Shelby Mustangs, The Blue Oval could very well be benchmarking the sports against a vehicle that has yet to be released.

In fact, our sister publication, Ford Authority, was the first to report that The Blue Oval is considering reviving the Ford Thunderbird as a future rival to the Corvette. The Thunderbird project is being conceptualized as a more performance-oriented vehicle than its immediate predecessor, slotting in far above the Mustang in the lineup from the standpoint of both performance and price. 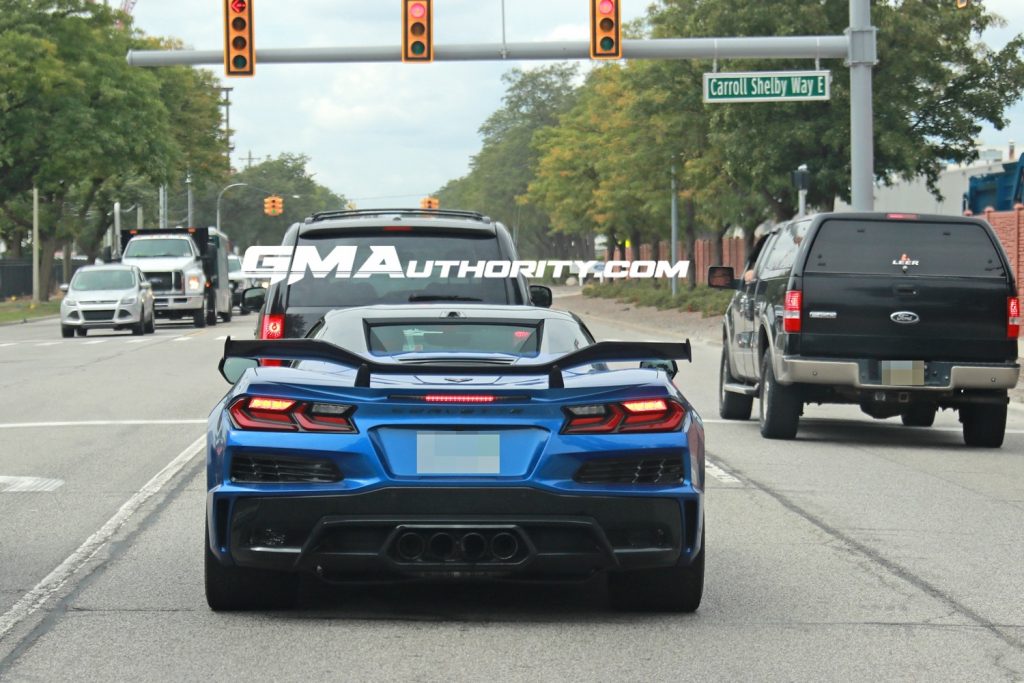 As a reminder, the 2023 Corvette Z06 cradles the naturally aspirated 5.5L V8 LT6 gasoline engine, rated at 670 horsepower and 470 pound-feet of torque. The sports car is underpinned by the GM Y2 platform, with production taking place at the GM Bowling Green plant in Kentucky. At this time, it’s not clear what kind of powertrain is being considered for the Ford Thunderbird project, but it will likely have a healthy gasoline-powered output as a farewell to ICE performance.