This 1971 Stutz Blackhawk was once owned by Elvis Presley, and was every bit the study in excess the King of Rock ‘n’ Roll once was. Based on the G-Body 1971 Pontiac Grand Prix for reliability and ease of development, it was stuffed full of the finest, and gaudiest, materials. Before we dive too far into the Blackhawk, let us take a moment to see how it evolved. 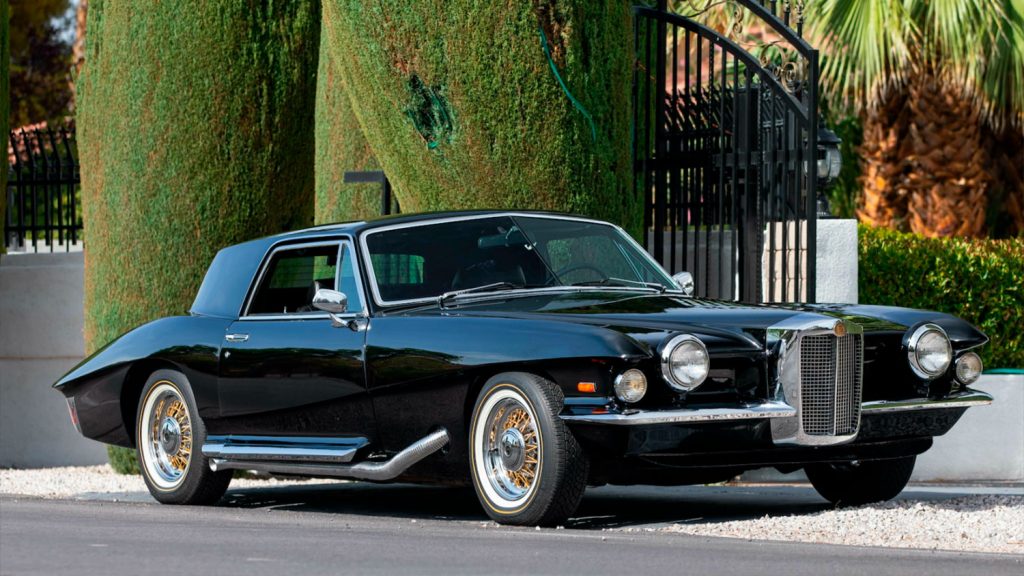 In 1961, Esquire magazine hit up famed former Studebaker and Chrysler designer Virgil Exner to envision what current-production cars from defunct luxury marques, i.e. Packard, Mercer, Duesenberg, and Stutz, would look like. Exner decided to produce a modern-day Duesenberg, but before the project could move forward, Fred Duesenberg secured the rights to the family name. The Duesey would not see the light of day.

Exner was undeterred, and decided to use the Stutz name, as it was in the public domain. Stutz began life in 1911 with production of the Stutz Bearcat, a pre-war sports and racing car. By the mid-1920s, Stutz had altered course, producing ultra-luxury cars. The Great Depression and stock manipulation would bring Stutz production to an end in the mid-1930s. 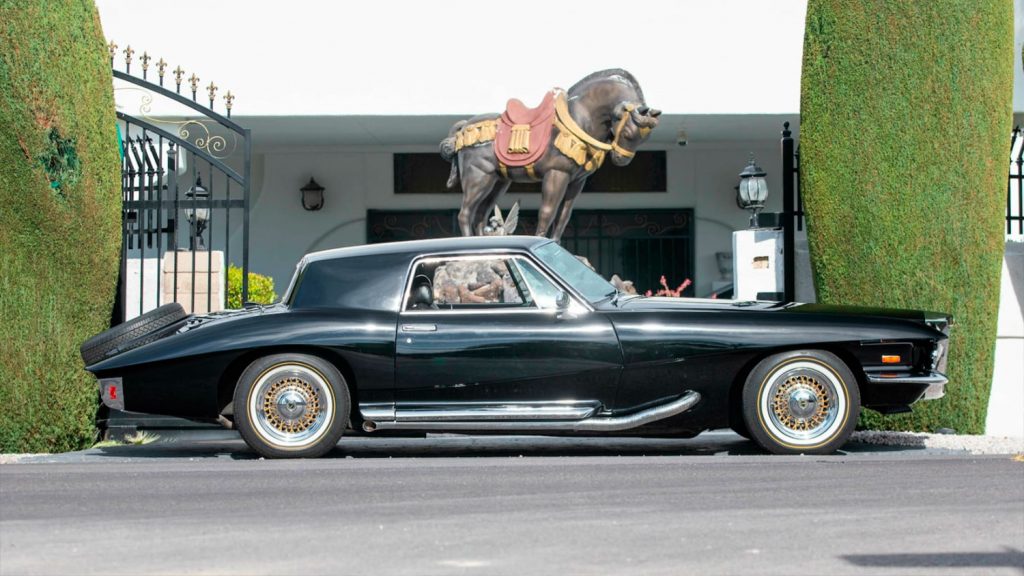 Virgil Exner joined with investor James O’Donnell to secure the rights to the Stutz name in 1968. They approached Pontiac division head John DeLorean about using the new Pontiac Grand Prix as the basis for their ultra-luxury car. The Grand Prixes were then shipped from the US to Carrozzeria Padane in Turin, Italy, to be stripped and re-fitted with the new Stutz bodies and interiors. When finished, the newly minted Stutz Blackhawks were shipped to their exclusive US distributor, Jules Meyer Pontiac in Los Angeles, California. Jules Meyer had been selected due to the dealer’s relationship with many high-profile Hollywood stars. 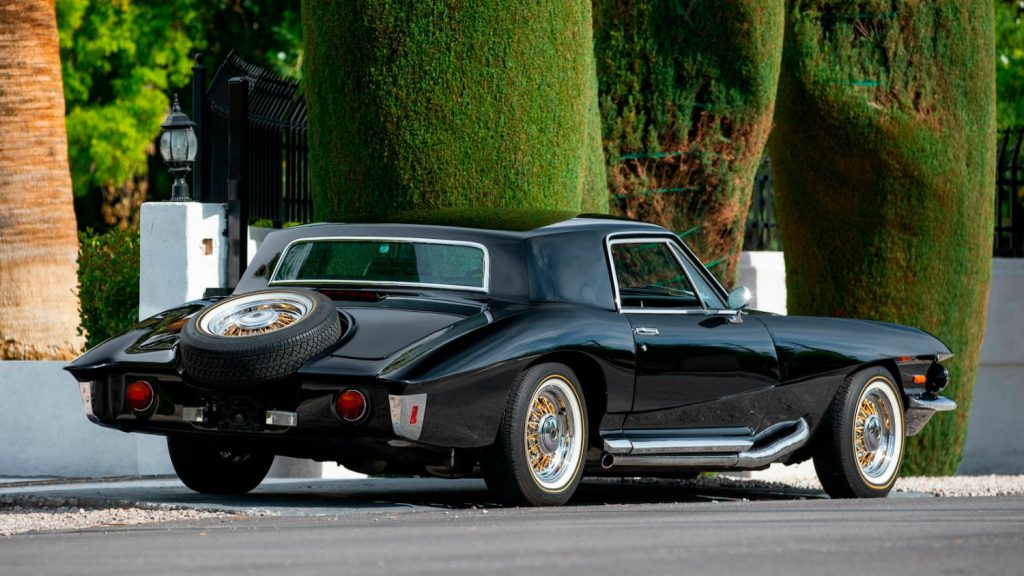 Jules Meyer was showing off a Stutz Blackhawk prototype to many of these Hollywood elites when Elvis Presley saw the car. He tried to buy the prototype on the spot, but the car had been promised to Frank Sinatra. Elvis offered to pay $26,500 for the car and do considerable promotional work for Stutz, something Old Blue Eyes was unwilling to consider. Elvis bought himself a slick new car. Unfortunately, that prototype was soon wrecked. The car was restored after Presley’s death, and is on display at the Graceland museum. 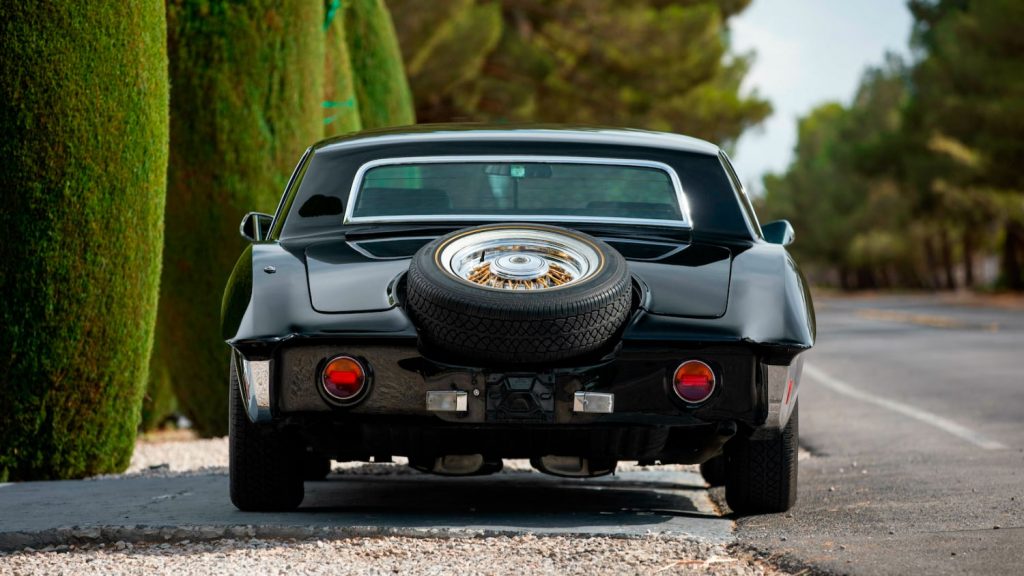 The 1971 Stutz Blackhawk is a study in excess. The rear deck lid featured an integrated spare tire protruding through it, and the chrome faux radiator shell was flanked on either side by single headlights. The handcrafted body panels were made from heavy gauge steel at Carrozzeria Padane in Modena, Italy. The Blackhawk measured over 19 feet long, with the body coated in 18 to 22 layers of hand-rubbed lacquer paint that took six weeks to complete. The bird’s eye maple or burled walnut and redwood interior trim was surrounded by metal plated in 24-carat gold. Seats and dash were wrapped in Connolly leather, and carpet was of fine wool or mink. The Blackhawk was decked out a with mink headliner, a cigar lighter, and a backseat liquor cabinet. 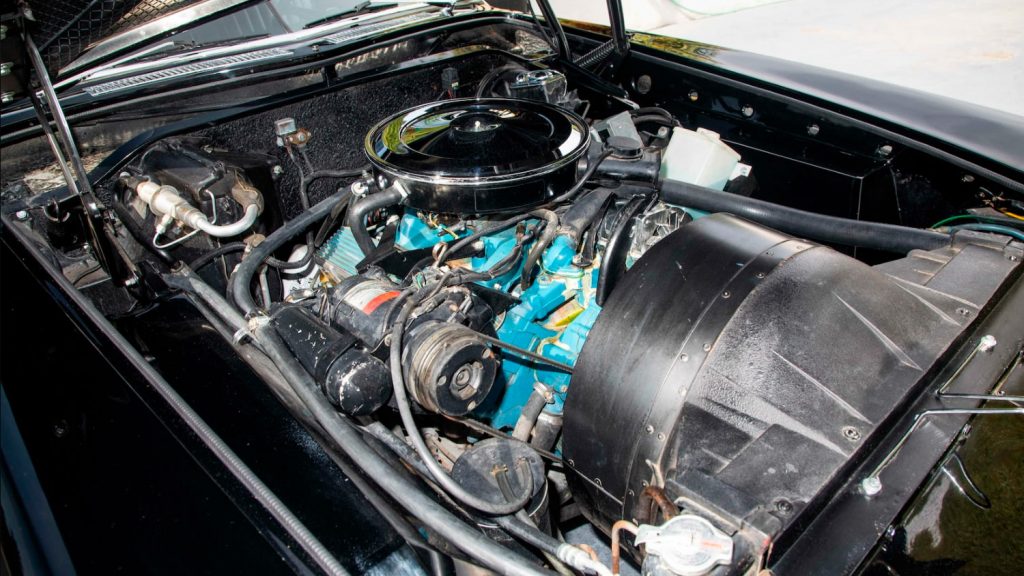 Other equipment included non-functioning side-mounted exhaust, Superlift air-adjustable shocks, limited-slip differential, cruise control, electric sunroof, a Lear Jet radio, central locks, alarm system, cornering lamps, automatic headlights with twilight sensor, and automatic air conditioning. Each Blackhawk had a dash plaque with its owner’s name. Total time for construction was in excess of 1,500 man-hours. The Blackhawk was powered by the Pontiac Grand Prix’s 455 cubic-inch V8 that made 425 horsepower and 420 pound-feet of torque. Backing the 455 was a three-speed Turbo Hydramatic automatic transmission. This combo would propel the 5,000-pound Blackhawk to 60mph in 8.4 seconds, and average eight miles per gallon. Sticker price began at $22,500, or just shy of $160,000 in 2022 dollars. 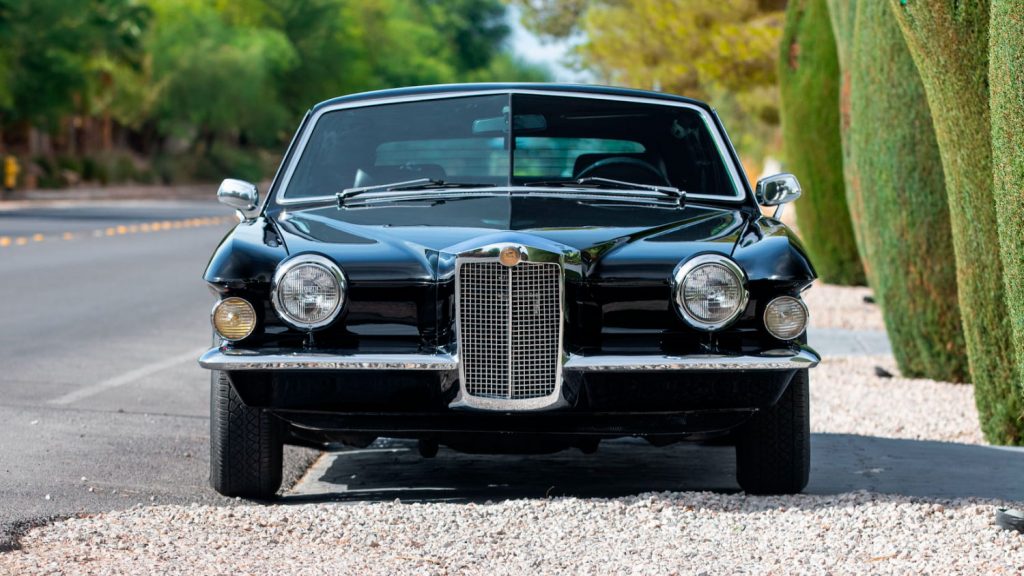 Elvis bought several more of the Stutz Blackhawks, two 1971s, one white and one black. There are some accounts that say he gave the white one to his favorite Las Vegas doctor, Elias Ghanem, yet our feature black 1971 Stutz Blackhawk has a dash plaque indicating it, too, was given to Ghanem. It is unknown if both were gifted to the good doctor, or if the account of the white car is in error. 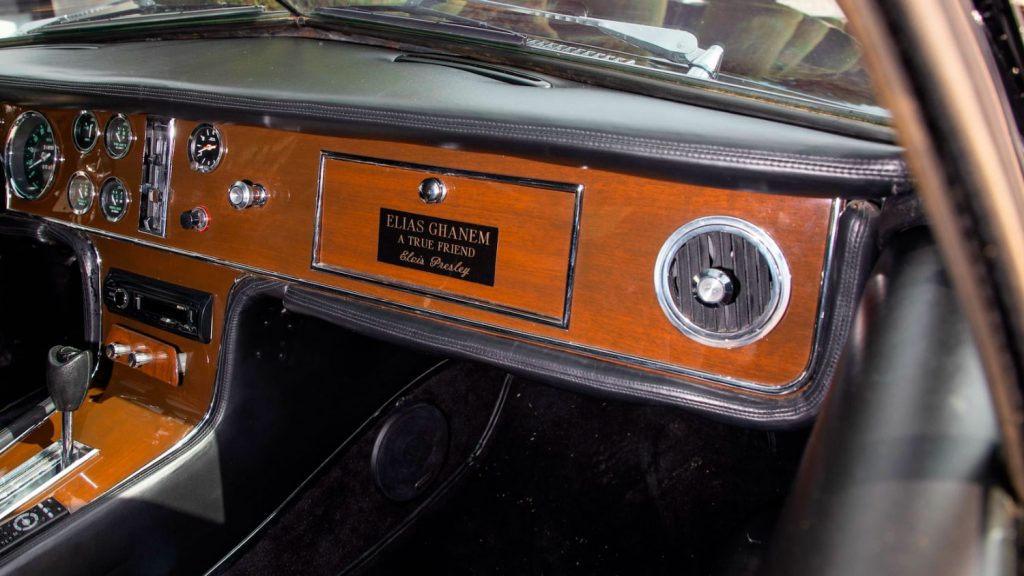 This black-over-black 1971 Stutz Blackhawk has covered just 31,856 miles from new. It is equipped with a 455 cubic-inch V8 backed by the TH400 three-speed automatic transmission. The black paint is glossy in the sunlight. There is no word on whether this is the original hand-rubbed lacquer, or if the car has been repainted. Chrome trim and stainless both present well, with no signs of patina present. The Blackhawk rides on gold wire wheels wrapped in wide whitewall tires. The interior is in fine nick, with the leather bucket seats interior showing light creasing. Interior trim is finished in chrome, not gold. The original head unit has been replaced with a Sony AM/FM/CD stereo with remote control. Included in the sale is a copy of the 1971 State of California New Vehicle ID registered to Elvis Presley. 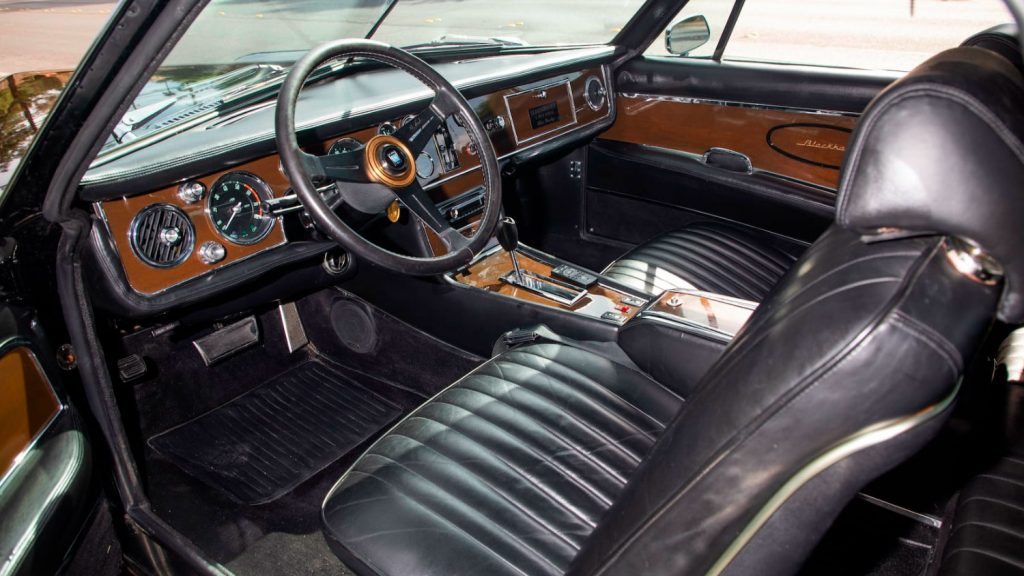 This 1971 Stutz Blackhawk will cross the Mecum Auctions block at their Las Vegas event taking place November 10th through the 12th. 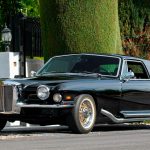 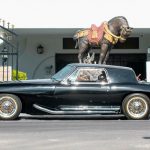 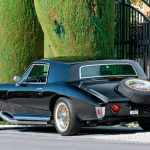 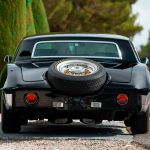 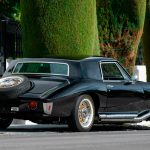 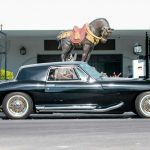 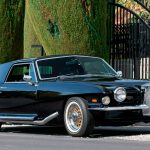 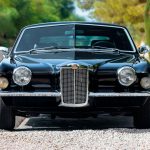 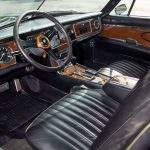 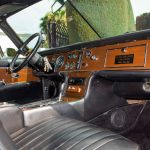 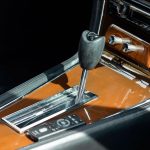 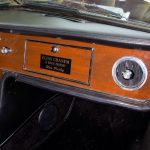 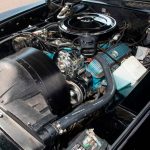 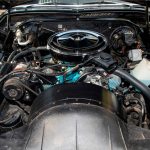 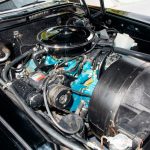