J.D. Power has released the results of the 2022 Mexico Customer Service Index Study, which ranks brands on customer satisfaction based on customer survey responses. Chevy ranked low in this year’s study, scoring well below the industry average in the Mass Market segment.

The latest 2022 study marks the seventh year of its running, and provides an analysis of the service experience reported by owners of one- to three-year-old vehicles. The study takes into consideration five key metrics, which are weighted in terms of importance. These include (weighted percentages included in parentheses) service quality (25 percent), service advisor (21 percent), vehicle pick-up (19 percent), service facility (17 percent), and service initiation (16 percent).

The result of the 2022 study are based on evaluations sourced from 5,429 new-vehicle owners (2019-, 2020-, or 2021-model-year vehicles) who brought their vehicle into an authorized dealership for service in the last 12 months. The study was fielded between March and August of the 2022 calendar year. 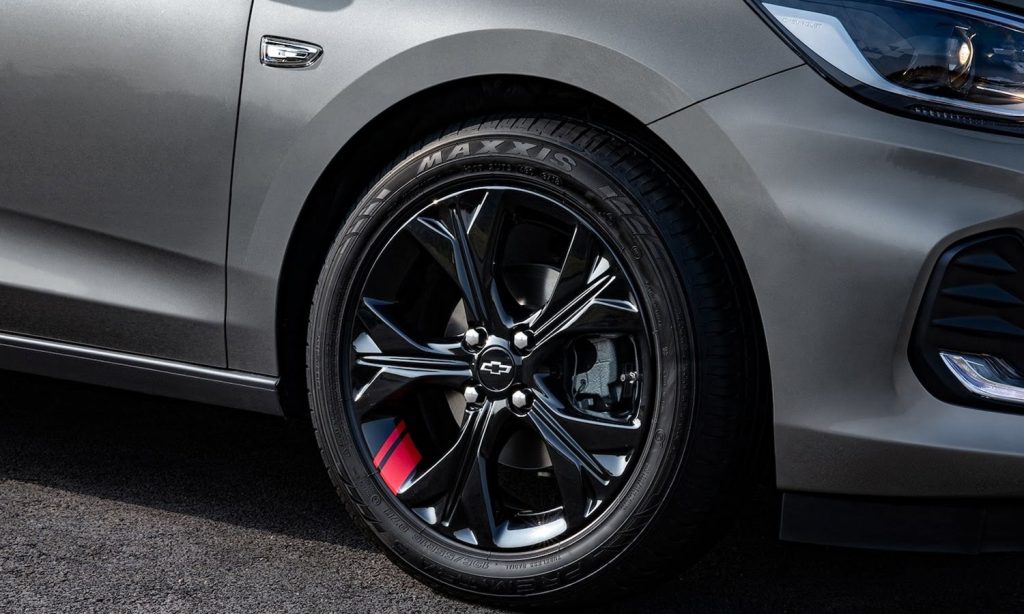 From these evaluations, J.D. Power calculated an overall customer satisfaction index score based on a 1,000-point scale, with a higher score indicating greater customer service satisfaction. Of the 16 mass market brands studied, Chevy ranked thirteenth with a score of 824, slotting in below Fiat, which scored 830 points, and above Suzuki, which scored 820 points. 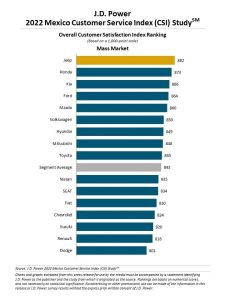 The findings contrast with other recent J.D. Power studies, including improved rankings for Chevy in the 2022 U.S. Customer Satisfaction Index and the 2022 CSI Long-Term Study. The results are also a slight improvement compared to Chevy’s last-place finish in the 2021 Mexico CSI study.

Key findings from the 2022 study included an expectation among customers for detailed charges and explanations of the services performed, as well as increased satisfaction among those customers that visit dealers which provide amenities, such as complimentary snacks and coffee, or wireless internet access. Additionally, customer satisfaction greatly increases when service appointments can be made on the dates desired, while satisfaction typically varies by the work being performed (for example, infotainment service satisfaction improved, while HVAC service satisfaction declined).