Scot Burner got his hands on a stock C7 Corvette and threw it into reverse, discovering that not only does the sports car have a very healthy amount of performance in its forward gears, as one would expect, but that has some serious get-up-and-go driving backward as well, enough to set a world record, in fact.

In a video posted to his YouTube channel under the username Always In Reverse, Burner took a rented C7 Corvette Stingray to a closed course with a relatively straight stretch of freshly paved to road to see what the sports car could do. The C7 Corvette didn’t even flinch as he backed it down the quarter mile with the pedal to the floor, and was only limited by the rev limiter itself, topping out at 54 mph… again, all while driving backward. That was the fastest of any vehicle he had tested to date. 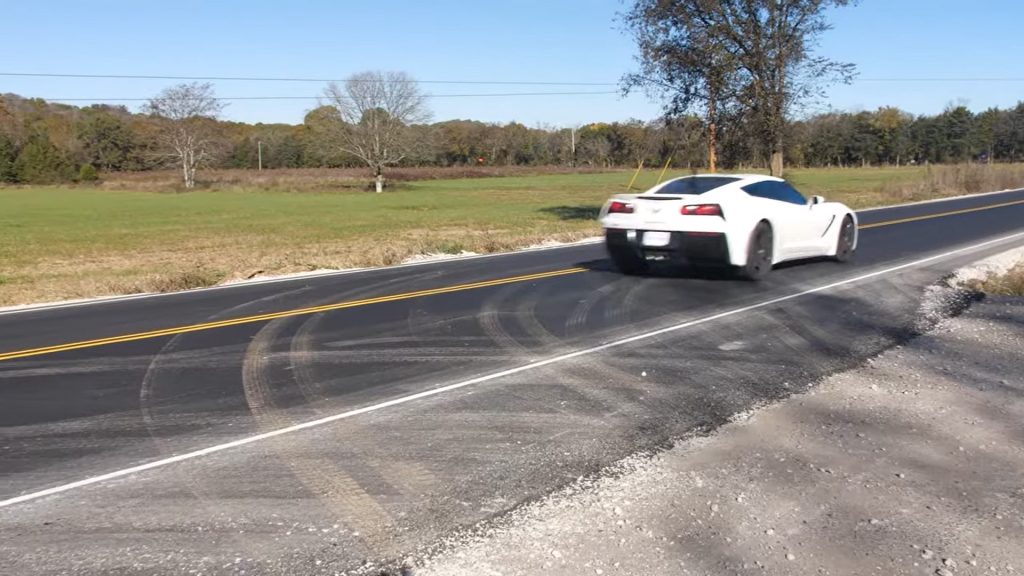 On June 15th, 2022, Burner once again found himself behind the wheel of a C7 Corvette, this time with the help of the National Corvette Museum (NCM) to break the world record for fastest mile traveled in reverse. The previous record of 97.02 second was set in 2012. The Corvette was determined to be completely stock by Daniel Decker, the NCM’s Vehicle Maintenance and Preservation Tech, and the track at NCM Motorsports Park was surveyed to find the most level mile-long stretch so gravity wouldn’t play a role. 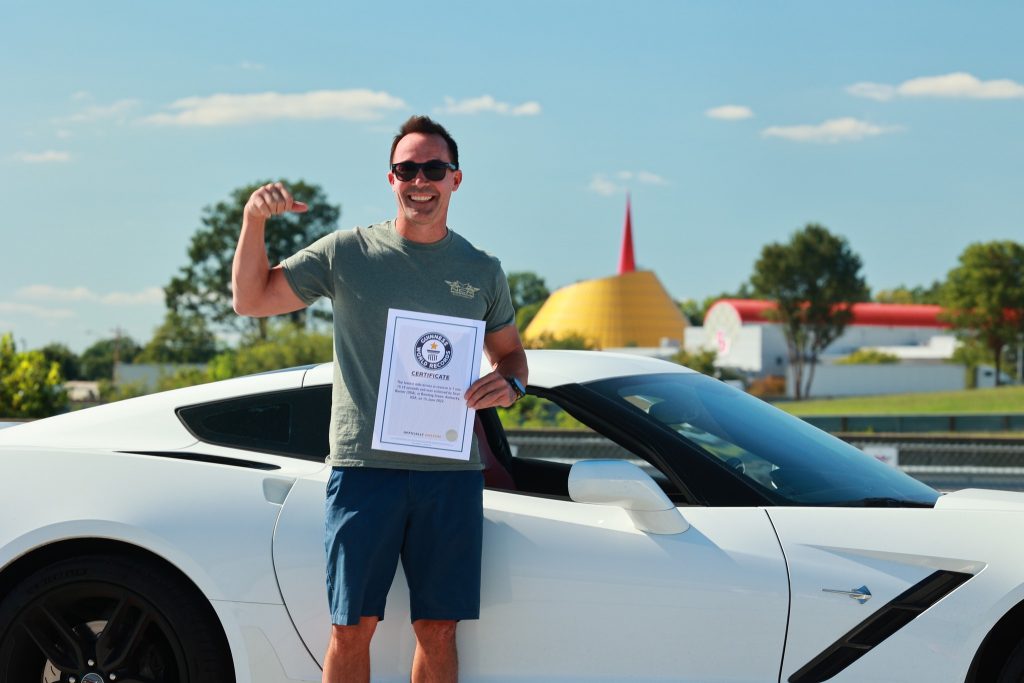 Burner drove the C7 Corvette in reverse to a 83.19-second mile, shattering the previous record by a stretch. According to the NCM, Burner averaged 45 mph, but topped out at 53 mph. It was the first time he had driven in reverse for more than a quarter mile, and the first time he made backward turns. A few weeks after his run, Guinness World Records confirmed that he had laid down the fastest mile while driving in reverse.

“We at the NCM Motorsports Park are honored to have had Scot attempt the Guinness World Record for the fastest reverse mile at our track. There is no better place in the world to achieve that honor in a Corvette than at the home of the Corvette,” said Greg Waldron, NCM Motorsports Park Executive Director.