Every fall, the elk population in the U.S. begins its rutting period, during which successful males search for females to mate with and continue their bloodline. Unfortunately, this means that bull elk become extremely defensive and protective, especially around cow elk, posing a danger to anyone who dares wander too close. Unfortunately, elks are not always able to successfully distinguish the difference between an actual threat and other large objects, such as vehicles passing by – as this GMC Sierra found out as it rolled a bit too close and found itself on the wrong side of this stunning bull’s antlers. 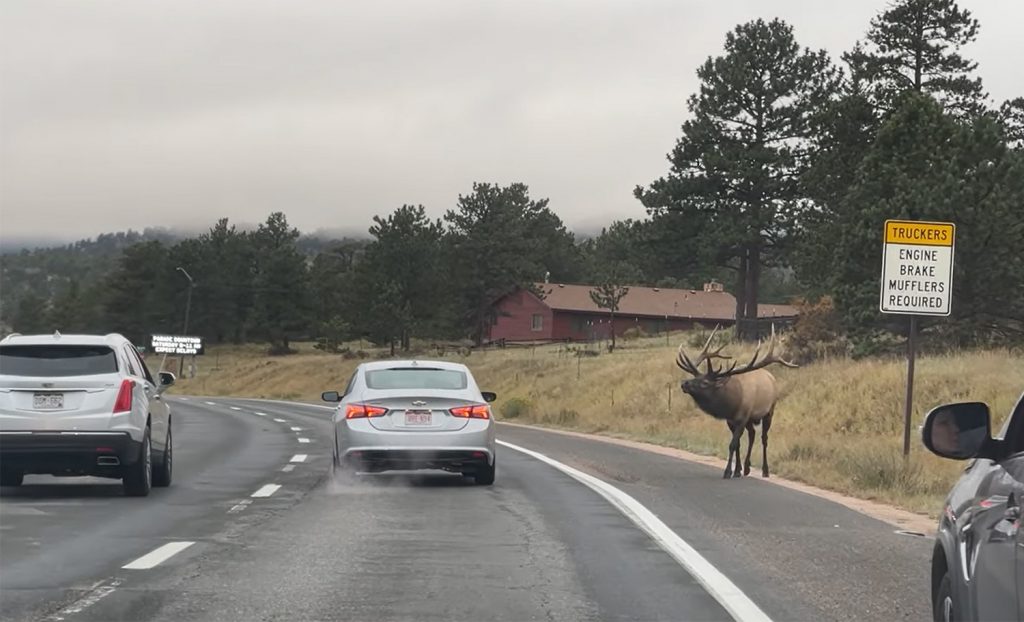 In recently-posted YouTube video, a Cadillac XT5 and a Chevy Malibu pass the bull elk as it struts out into the highway, but a blue GMT800-era GMC Sierra 1500 ends up in its path. At this point, we feel obliged to note that it’s a great sight to see a trio of GM vehicles in the same place, at the same time. In any event, the gorgeous 8×6-point-antler bull thinks that it must guard its harem of a couple cow elk standing on the shoulder, and clearly perceives the GMC Sierra as a threat, perhaps mistaking its own reflection in the pickup’s doors as a rival bull. 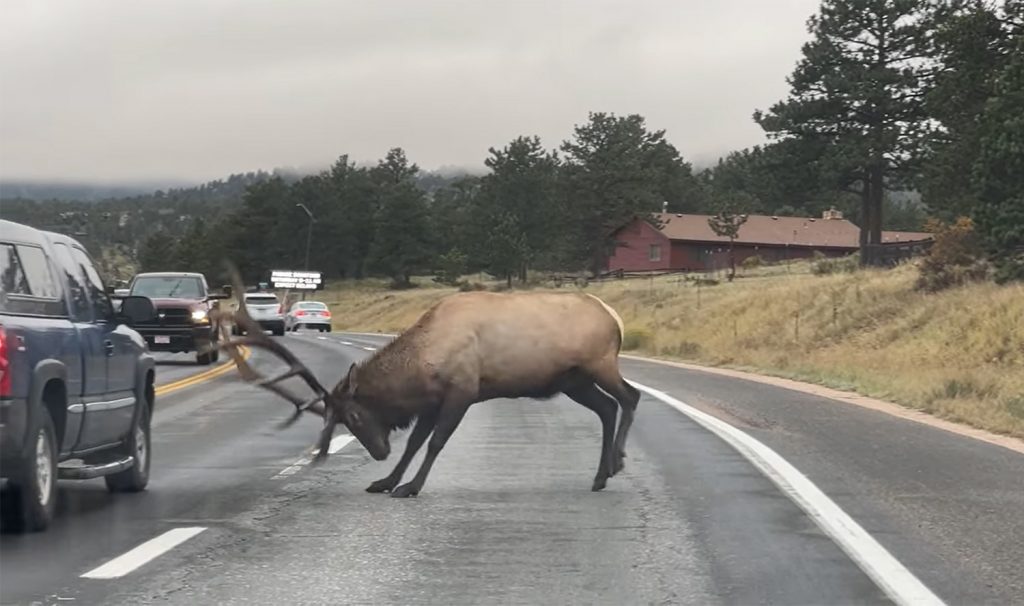 The bull elk squares off, lowering his head and mounting a small charge, looking to put its antlers through the pickup’s passenger side. Of course, the beast of the truck doesn’t yield, although the pickup’s driver appears to panic a bit and comes to a jerky halt. The bull elk continues to mount its antlers in a clear display power, not giving the GMC Sierra enough room to safely pass.

Eventually, after the bull elk taps its antlers on the front of the Sierra, the driver finds and opening and speeds off. The bull struts its stuff as it paces back over to the shoulder, pleased with his performance.

It’s always wise to tread carefully around herds of elk during the rut, and bull elk have been known to puncture doors, fenders, plastic bumpers, radiators and even tires with their antlers. This GMC Sierra driver is extremely lucky to have gotten away without any damage. Check the video just below.