You gotta love it when a builder decides to make a meme in real life, as is the case with this insane six-wheeled Wuling Mini EV.

Dubbed the Big EV 6×6, this thing is no longer an EV, and it isn’t really all that mini either. Built in just two weeks by YiChe Garage in Beijing, we’re getting the lowdown on what the heck this thing actually is with the following video from Wheelsboy. 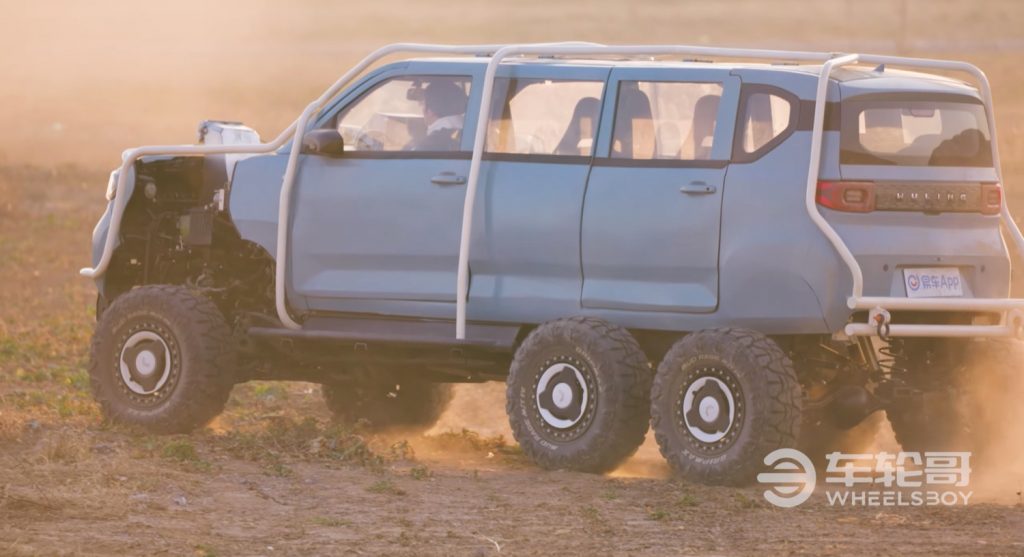 So, where did this thing come from? The story starts in 2021 when the Shanghai government issued a new regulation which stipulated new EVs and PHEVs had to be at least 4.7 meters long and cost at least 100,000 RMB (or roughly $15,000) to be eligible for a free Shanghai license plate. The regulation was in response to the popularity of the Wuling Mini EV, which was just 30,000 RMB ($4,500) and about 3.9 meters long.

The internet responded with Photoshopped versions of the Mini EV extended to ridiculous length, prompting YiChe Garage to take the next step and actually build such a vehicle. 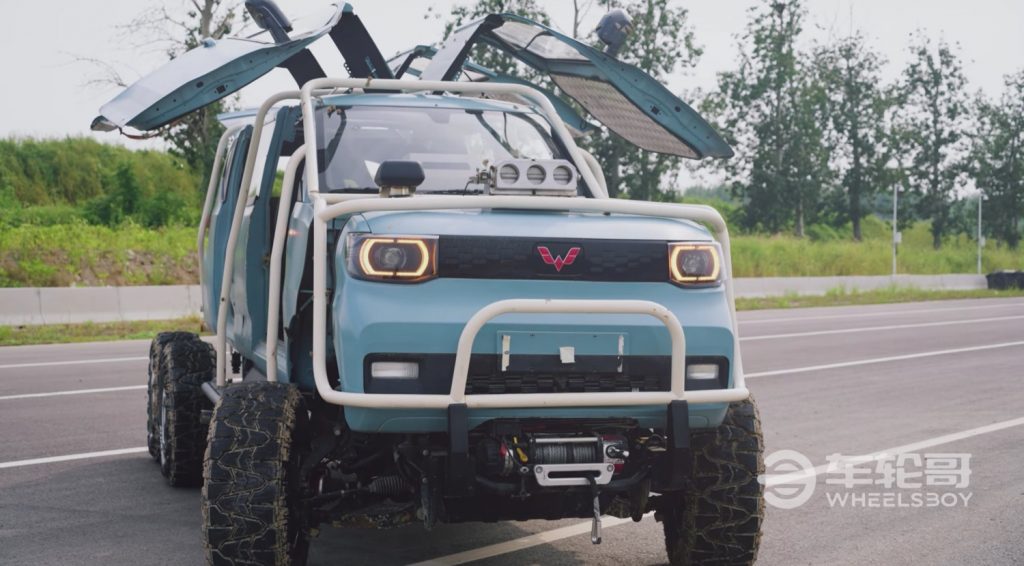 Outside, we see the front and rear fascia from a Mini EV, while under the body is a modified chassis from a Great Wall Cannon pickup truck. Originally, this Mini EV monstrosity had insanely long doors (per the meme), but because the doors kept breaking, the builders went with a gull-wing setup instead. The exterior also incorporates an external roll cage to strengthen the body.

Indeed, this thing looks a bit rough around the edges, with peeling paint and rust, but that just adds to the DIY aesthetic. 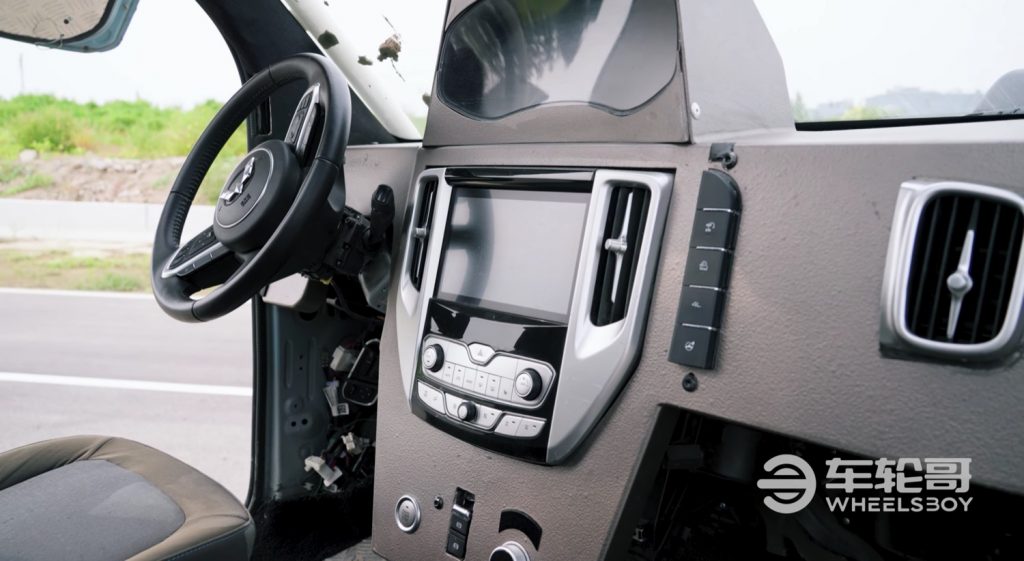 The cabin is equipped with three rows of seating and a Mini EV rear bench, while up front, you’ll find GWM Cannon controls and infotainment components. Making it all move is a turbocharged four-cylinder engine from the GWM Cannon, which is topped by a fake blower for maximum effect. Output is routed through an eight-speed automatic transmission that requires using a roof-mounted lever to actually change gears. As for the third axle, this Mini EV is apparently not a true 6×6, as a 6×6 differential would cost the builders a whopping $20,000.

Nevertheless, this thing is still pretty absurd as is. Check out the full feature video right here: