Hot damn, it’s another 1965 Chevy Corvette convertible Big Block in Nassau Blue! Let’s dive into a bit of history before we get to today’s feature Corvette. 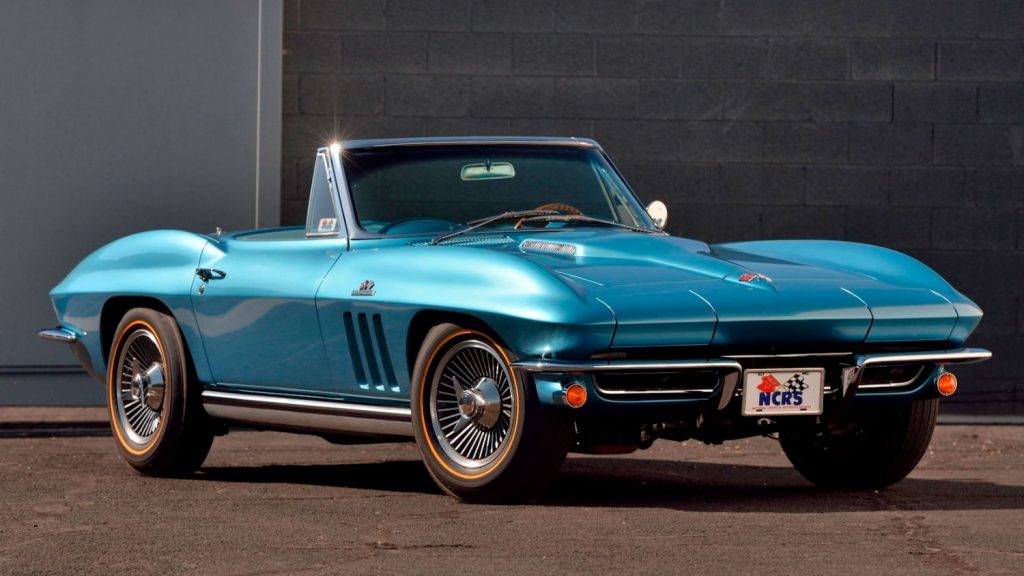 The 1965 Chevy Corvette featured a host of drivetrain, interior and styling changes from the previous year. The pair of non-functional horizontal side vents were replaced by a trio of functional vertical vents that allowed hot air to escape the engine compartment. Also gone were the symmetrical hood depressions with drain holes. The grille bars were painted black with a polished surround, the only year with this look, making ’65s easy to spot. 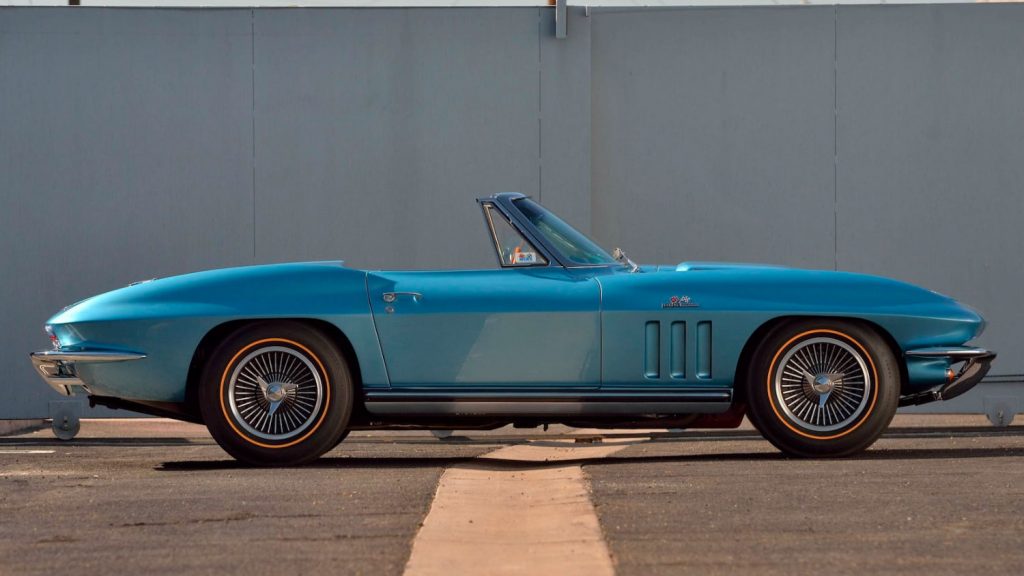 Inside the 1965 Chevy Corvette, the gauge faces were flattened, but still painted black. The panel surrounding the radio, clock, and speaker was painted rather than vinyl covered as the previous two years had been. The seats were redesigned for better support, and armrests were integrated into the door panels. An addition to the standard equipment was a power antenna on radio-equipped cars. 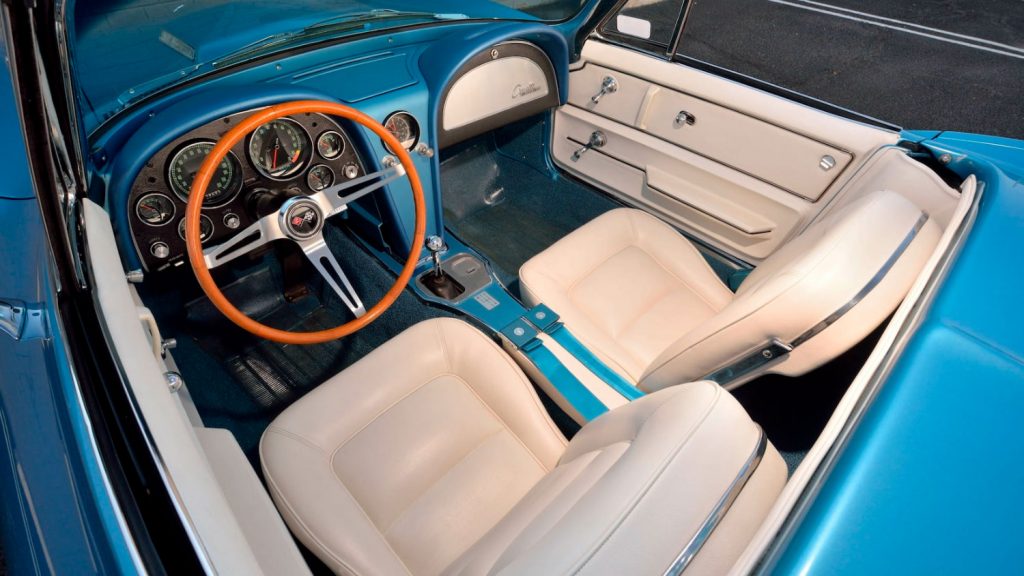 There were some welcome mechanical changes to the 1965 Chevy Corvette. Four-wheel disc brakes replaced the previous drum brakes, although you could order drum brakes if you wanted a $64.50 credit (only 316 cars were built with the drums). Knock-off wheels had machined vanes with dark gray painted recesses, chrome spinners and caps. 1965 was the first year for optional side-mounted exhaust, but the last year for Rochester mechanical fuel-injected Small Block. It was also the first year for the Mark IV 396 cubic-inch Big Block engine that made 425 horsepower. Ticking the Big Block option swapped the hood for one with a prominent bulge to accommodate the Big Block’s increased height. The 396 would last for a single year and 2,157 made, as it was replaced with the 427 Big Block in 1966. 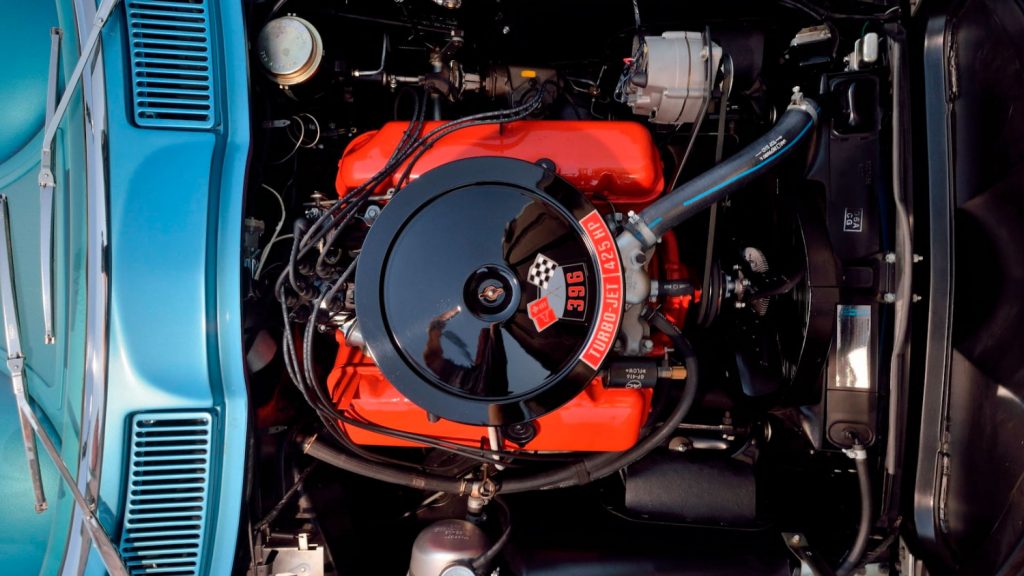 Our feature 1956 Chevy Corvette convertible has been treated to a no-expense-spared restoration that has garnered it three National Corvette Restorers Society Top Flight wins. It is finished in Nassau Blue, the most popular color for 1965. The interior is white with bright blue carpets, and the soft top is white. Beneath the hood is the numbers-matching 396 cubic-inch Big Block producing 425 horsepower. The original four-speed manual transmission backs the rat motor, sending power to the 3.70 Positraction rear end. This Corvette is a bit more exclusive as it was ordered without a radio, which means no power antenna or ignition shielding. It is equipped with a removable hardtop, tinted glass, knock-off wheels, and goldline tires. The sale of this Corvette includes the Protect-O-Plate and original invoice. 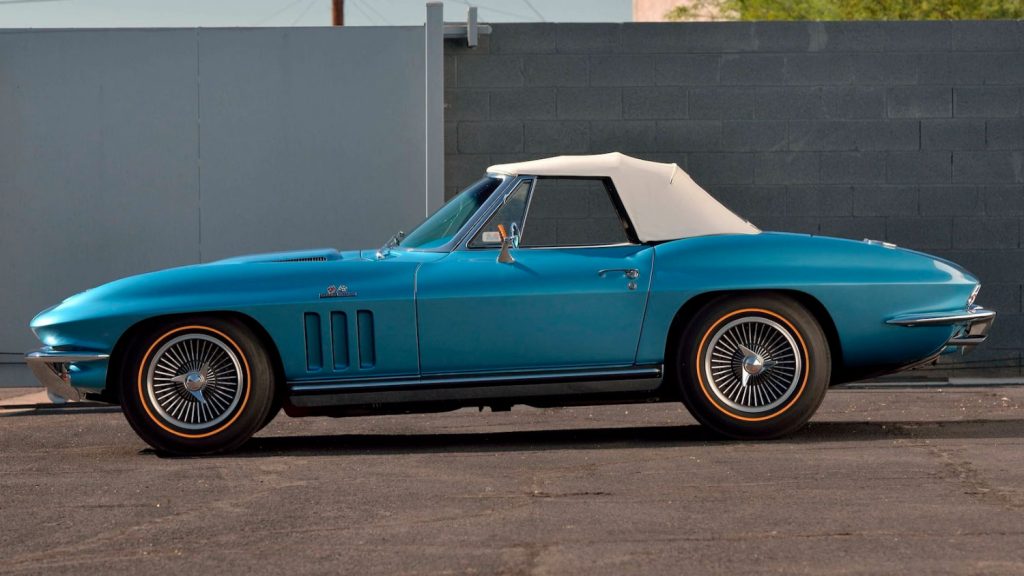 This Nassau Blue 1965 Chevy Corvette convertible will cross the Mecum Auctions block at their Chicago sale taking place October 13th through the 15th. 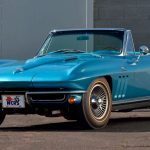 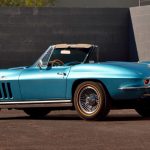 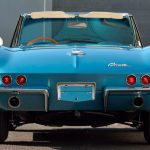 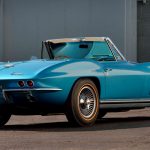 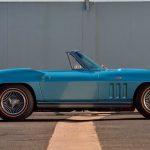 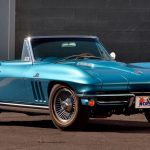 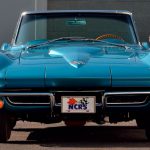 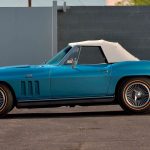 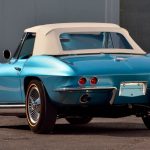 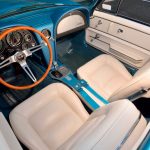 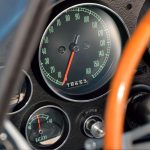 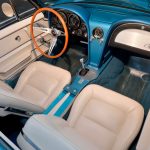 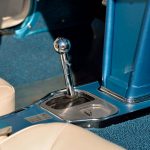 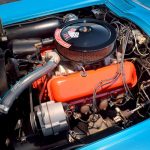 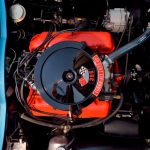 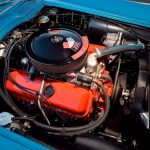