With its iconic design and distinct place in automotive history, the 1953 Chevy Corvette is the dream car of fans and enthusiasts far and wide. Now, those who have been dreaming about owning one have an opportunity to do just that thanks to a unique opportunity, though there is a catch: this particular 1953 Corvette is a zero-emission vehicle and it can only hold one passenger who is willing to pedal it themselves. As you may have guessed by now, that’s because this Corvette is a pedal car for kids. 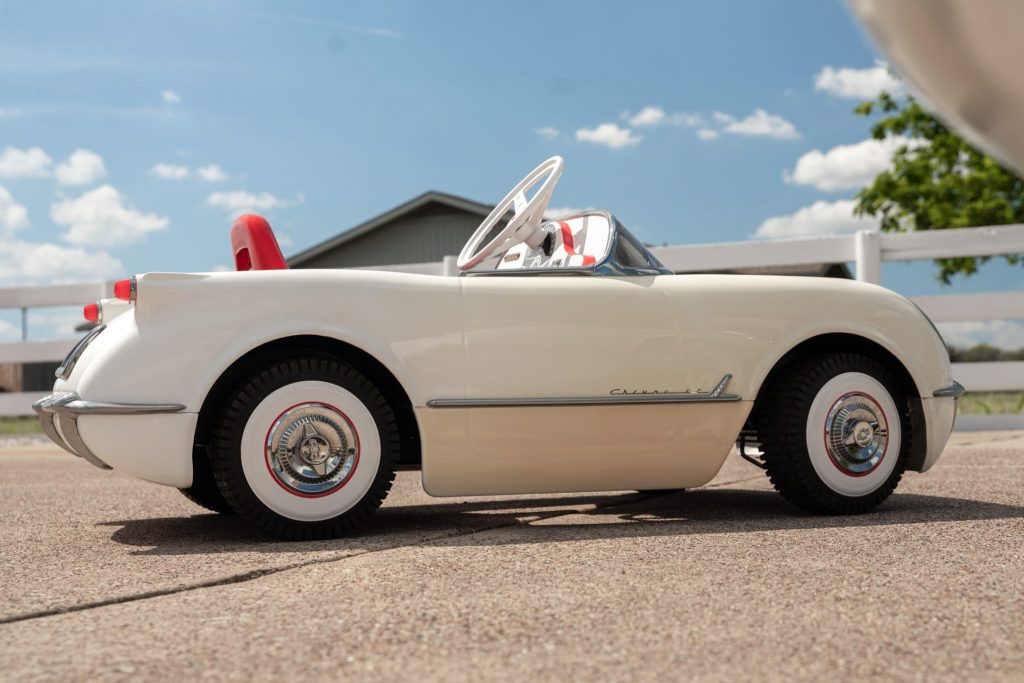 For sale on Bring A Trailer, this adorable Chevy Corvette pedal car was built by Pedal Car Factory in Mayville, New York. Modeled after the adult-sized 1953 Corvette, it was manufactured in 2003 and could be considered a collector’s item, as only 300 examples of this toy were built. This particular unit was built about halfway through the limited run, tagged with No. 135 of 300, and was meant to commemorate the 1953 Corvette’s 50th anniversary. 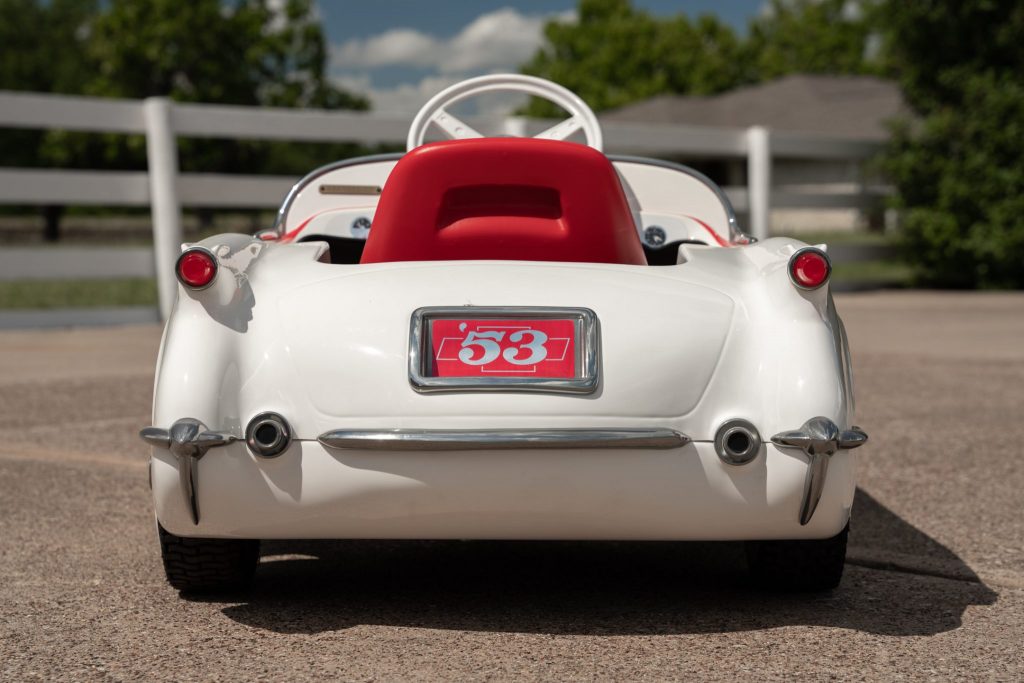 This sweet little Corvette pedal car served as a display piece at a Chevrolet dealer in Connecticut before it was purchased by the seller back in May 2022. The pedal car’s plastic bodywork is finished in white, a classic color for the Chevy Corvette, and the chassis is made of a tubular metal frame. Moreover, it has a two-pedal drive system that powers the rear wheels, tough pneumatic rubber tires, a handbrake, an adjustable red plastic seat and polished chrome trim. It even comes with an operator’s manual and a bill of sale.

This 1953 Corvette pedal car also sports a set of headlight decals, Corvette decals on the body sides and a white plastic steering wheel as well as a faux windshield. The instrument cluster has gauge decals to add to the toy’s realism. 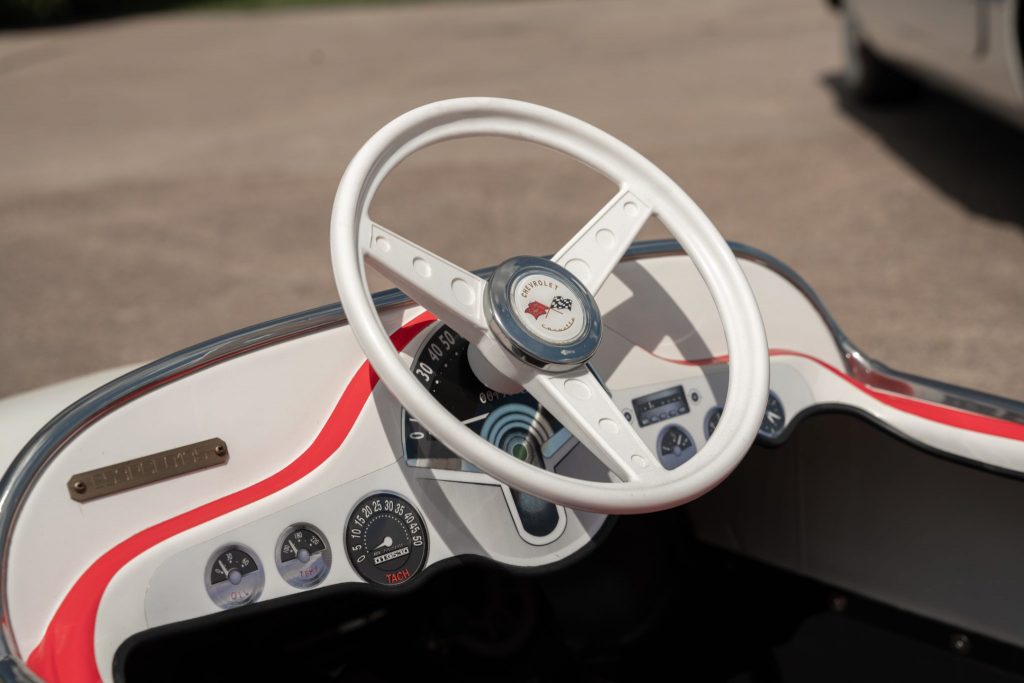 This Chevy Corvette pedal car is said to be in great condition, save for some aged discoloration on the lower body. There’s no report of how many miles are on the odometer, but it’s probably safe to say there’s not much wear and tear on the drivetrain, and that it will certainly pass a state-required emissions test.

At the time of this writing, the bid sits at just over $2,000, and will be open through Tuesday, September 20th.