Quebec-based company ACS Composite has countless aftermarket parts for General Motors vehicles on offer. The company, which is an OEM composite parts supplier that has previously worked with GM directly, recently debuted a new engine appearance package for the C8 Corvette Stingray, giving owners of the mid-engine sports car an alternative to the available OEM appearance packages.

These covers are intended to be installed on either side of the engine and over the engine brace. ACS Composite says the covers’ “louvered insert will give your engine compartment a best-in-show finish by eliminating that raw, unfinished plastic appearance,” while the available contrasting body colors will “make your engine bay pop.” These parts are made via plastic injection mold and are made in Carbon Flash Metallic Black, Torch Red and Arctic White. 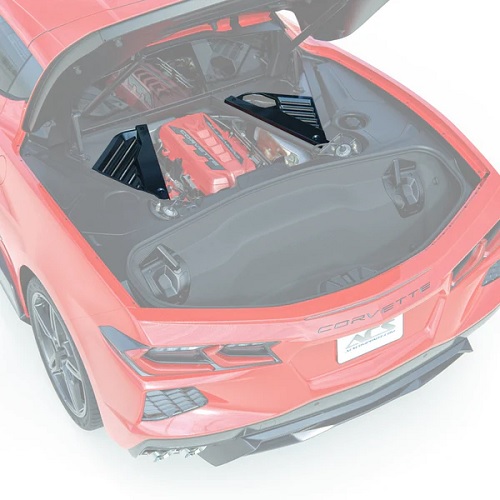 ACS Composite says these covers mount “just like OEM using the supplied torx bolts,” that are already installed in the vehicle’s engine bay and are manufactured to compliment/match the optional Engine Appearance Package (RPO code ZZ3) engine bay components available from the factory.

These parts are priced from $649 USD on ACS Composite’s website and come with free shipping. They fit the C8 Corvette Stingray Coupe only, as the C8 Corvette Convertible has a tighter engine bay where these components would not be fully visible.