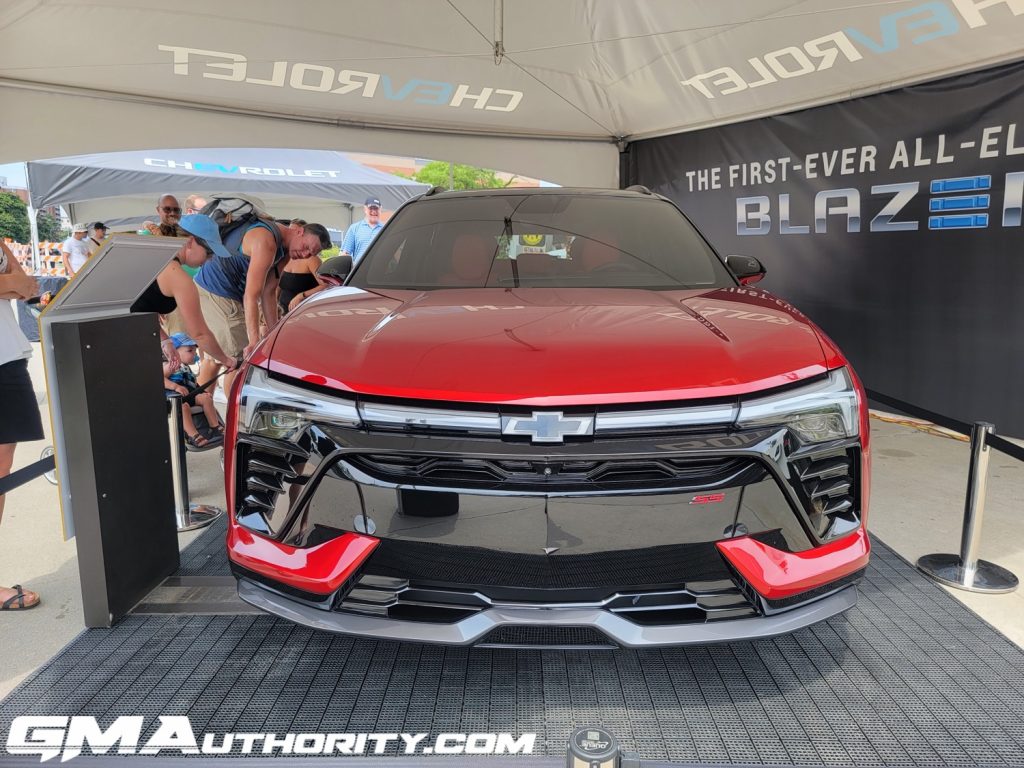 Per GM, the 2024 Chevy Blazer EV SS is infused with the “soul of a true sports car,” rocking the legendary SS nameplate and offering the highest performance capabilities of the entire Chevy Blazer EV lineup. 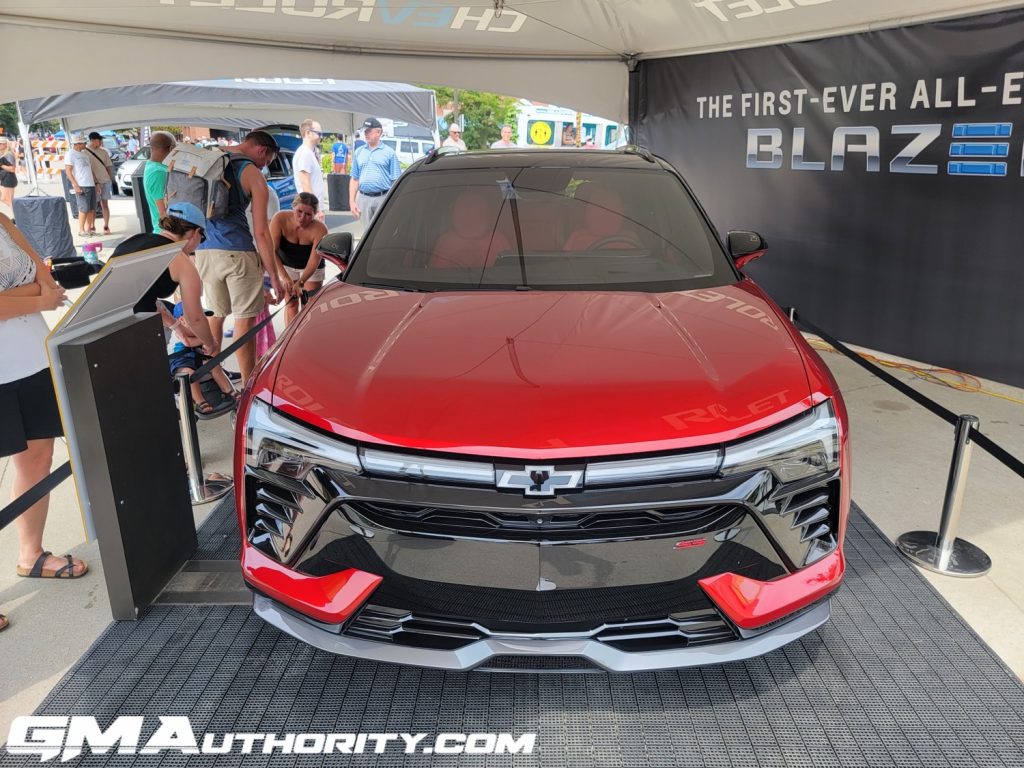 The front fascia incorporates wide, horizontally oriented lighting that’s spread across the top edge of the crossover’s nose, with a technical-looking, segmented grille design. A small red SS badge is located in one corner, while angular styling lines enhance the sporty look even further. 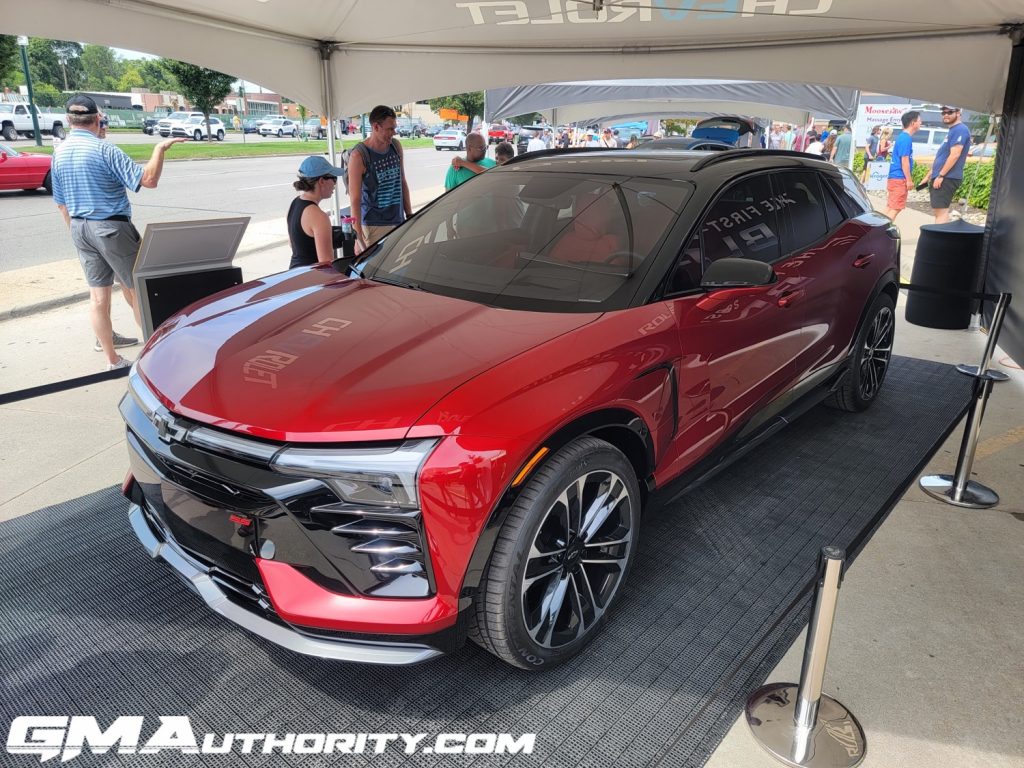 The profile reveals a sculpted shoulder line that rises and falls to emphasize the wheel arches, as well as the two-tone styling treatment with black for the lower panels, the pillars, and the roof. Also note the two-tone sideview mirrors, plus the two-tone 22-inch wheels. The charging port is found in the driver’s side front fender. 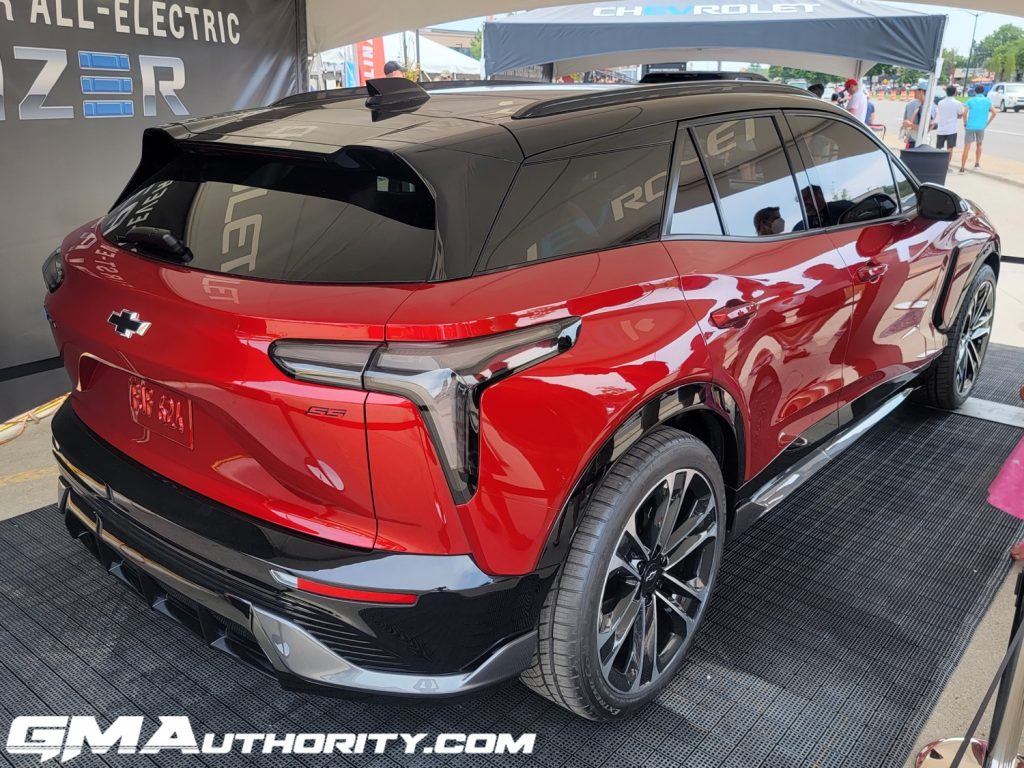 The rear of the 2024 Chevy Blazer EV SS shows off further geometric styling, as seen with the spoiler mounted to the roof, while the taillights incorporate a T-shaped design that wraps into the rear quarter panels. Below the SS-badged hatch is a diffuser-esque lower bumper treatment. 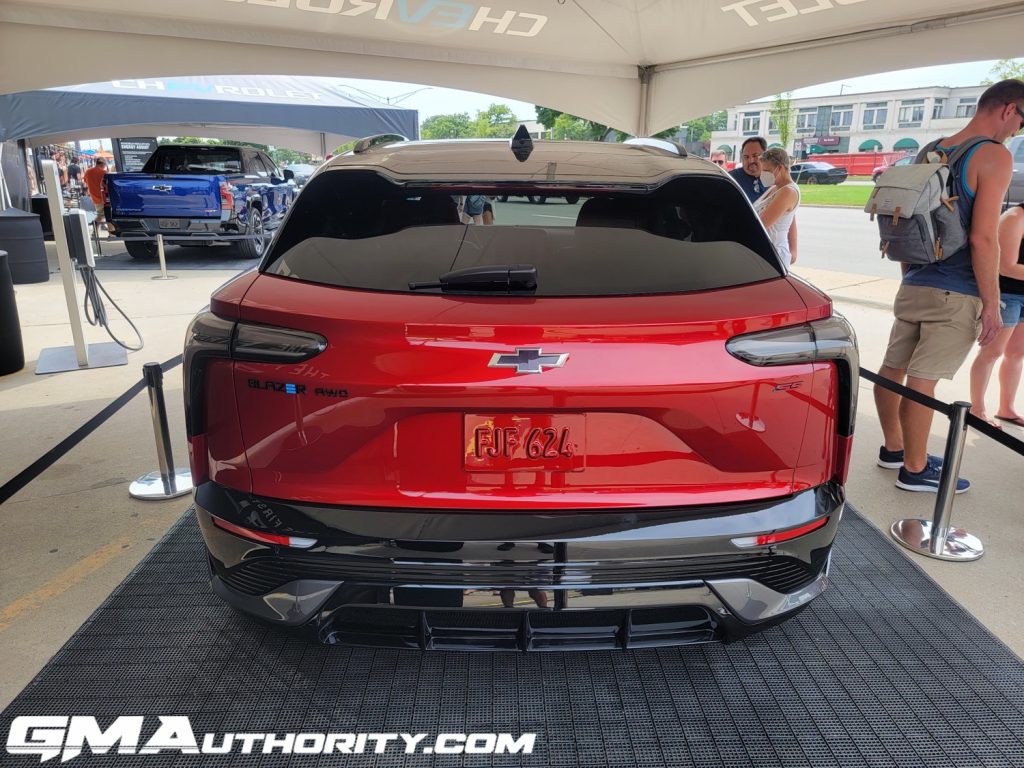 As a reminder, the 2024 Chevy Blazer EV SS will be available exclusively with all-wheel drive, producing upwards of 557 horsepower and 648 pound-feet of torque and accelerating to 60 mph in less than 4 seconds. Range-per-charge is estimated at 290 miles.