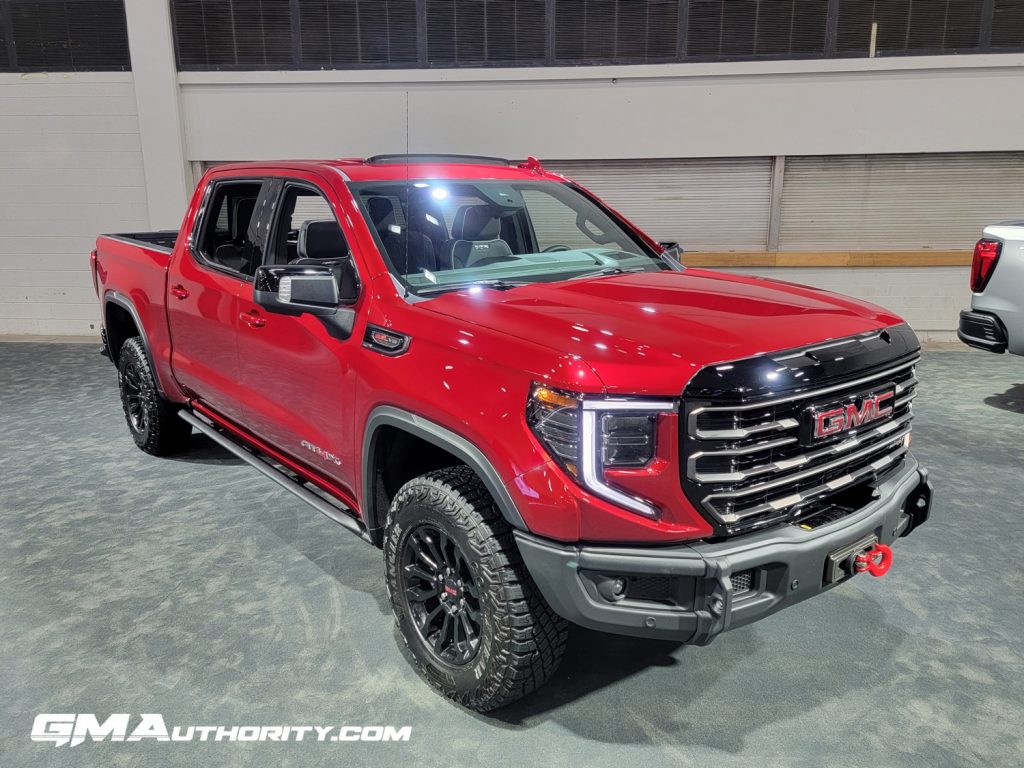 This particular example is one of those later-2023-model-year GMC Sierra AT4X pickups. Up front, we see AEV’s stamped steel front bumper, which certainly looks tough, especially against the truck’s bright Volcanic Red Tintcoat paint (paint code GNT). The bumper includes a pair of heavy-duty recovery points, as well as provisions for a winch.

Further AEV Edition components include a new Grille with a gloss Black header and dark nickel accents for the insert bars, while underneath, the off-roader mounts a hot-stamped boron steel front approach skid plate. 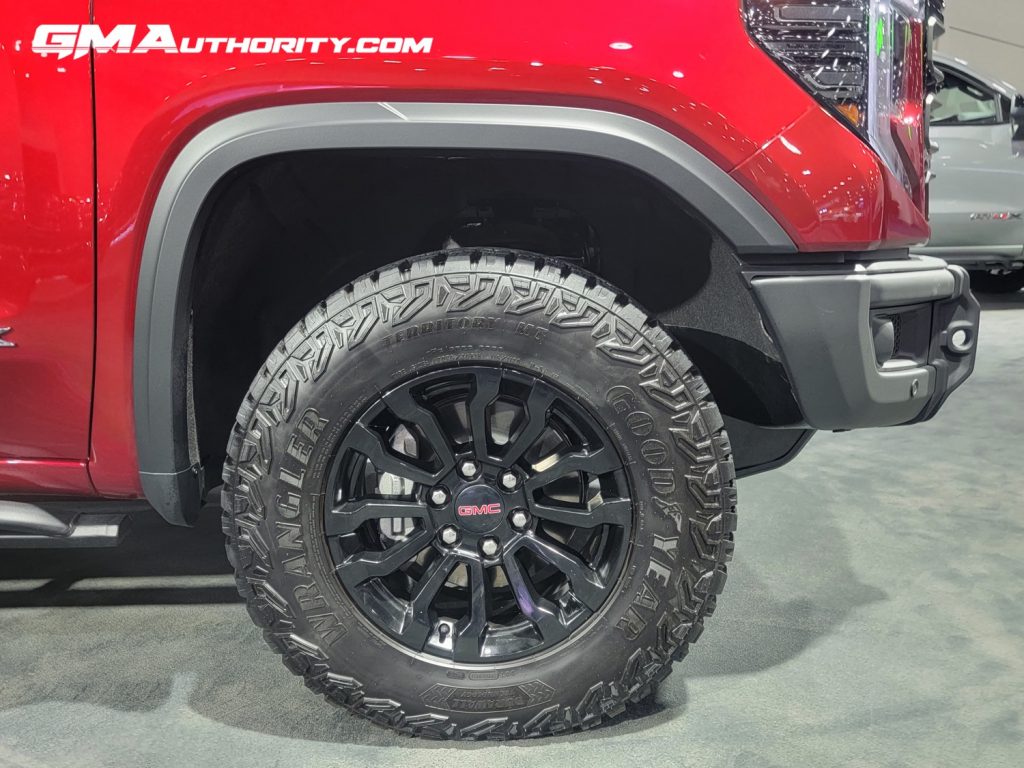 Moving to the corners, this 2023 GMC Sierra AT4X is riding on beefy 33-inch Goodyear Wrangler Territory MT tires, which look great mounted on those gloss black wheels. In the rear, the later-2023-model-year GMC AT4X will equip the upgraded AEV stamped steel rear bumper, which does not include the GM CornerStep feature. By contrast, the rear bumper on this particular example does have the CornerStep feature. 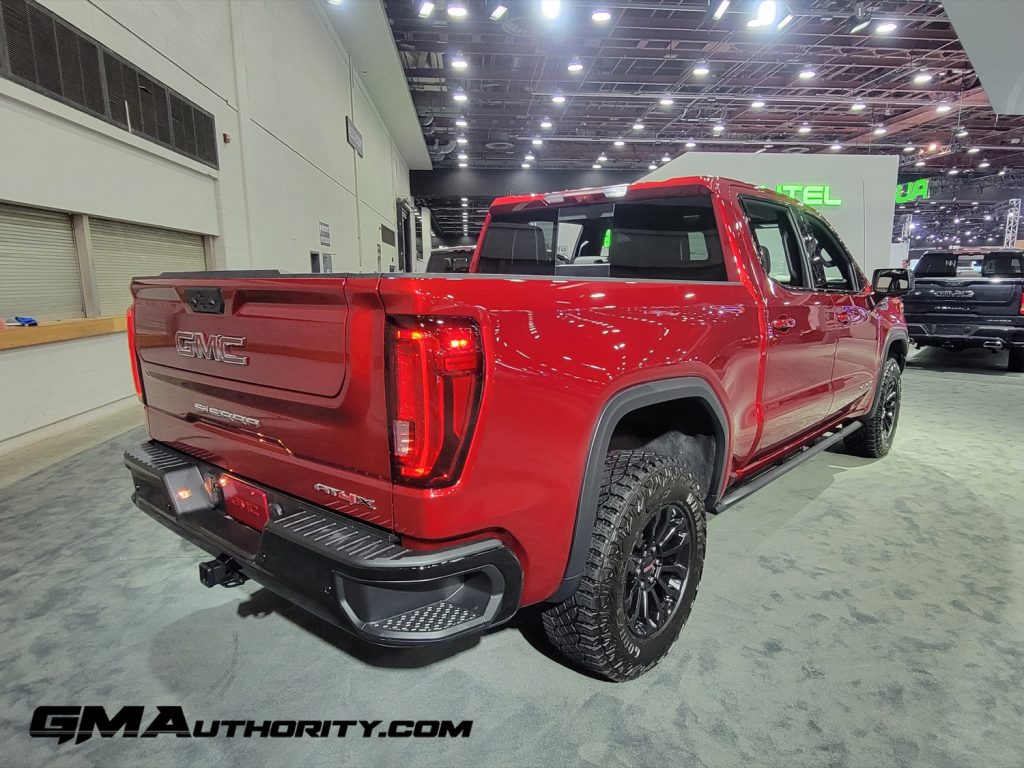 As for the power spec, the 2023 GMC Sierra AT4X features the naturally aspirated 6.2L V8 L87 gasoline engine as standard, with output rated at a maximum of 420 horsepower at 5,600 rpm and 460 pound-feet of torque at 4,100 rpm. The GM 10-speed automatic transmission harnesses the go and sends it to the onboard four-wheel drive system. Under the skin is the GM T1 platform, while 2023 GMC Sierra 1500 production takes place at the GM Fort Wayne plant in Indiana and GM Silao plant in Mexico.