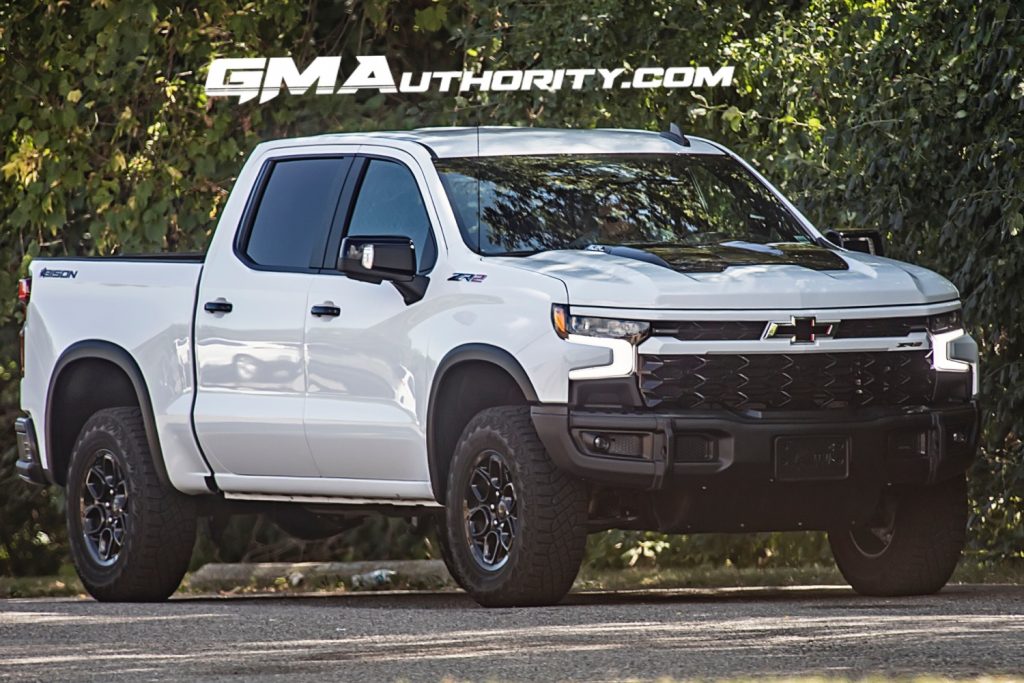 This particular 2023 Chevy Silverado ZR2 Bison is covered in Summit White paint (paint code GAZ), and looks crisp and clean rolling on the blacktop. Similar to the Chevy Colorado ZR2 Bison, the 2023 Chevy Silverado ZR2 Bison offers a wealth of off-road-ready equipment and upgrades that make it well-suited to a stint on the trails, including custom AEV stamped steel bumpers front and back with integrated recovery points and step pads, as well as compatibility up front for the available winch accessory. The front end also features a black grille design and Chevy flow-tie badge. 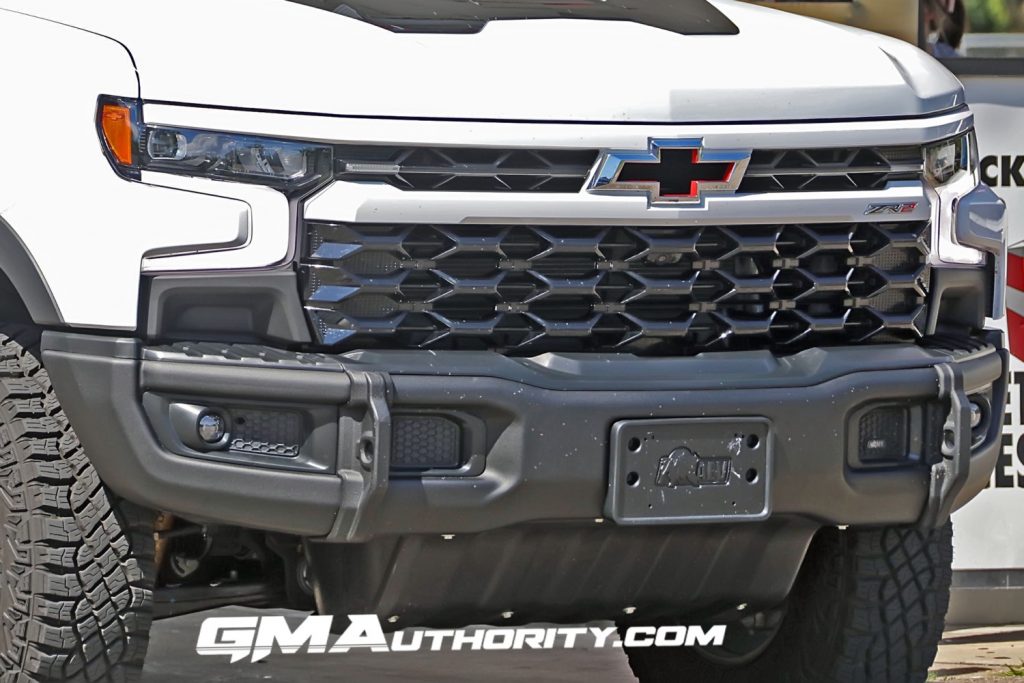 Underneath the body, the 2023 Chevy Silverado ZR2 Bison is equipped with skid plates made from hot-stamped boron steel, which are mounted to protect the front, rear differential, transfer case, and fuel tank. In the corners, we find exclusive gloss black 18-inch AEV wheels wrapped in 33-inch Goodyear Wrangler Territory MT tires. This particular example, however, does not include the standard steel rocker panel protection.

In back, there’s a matte black finish for the standard Multi-Flex tailgate. Also check the requisite Bison decals. 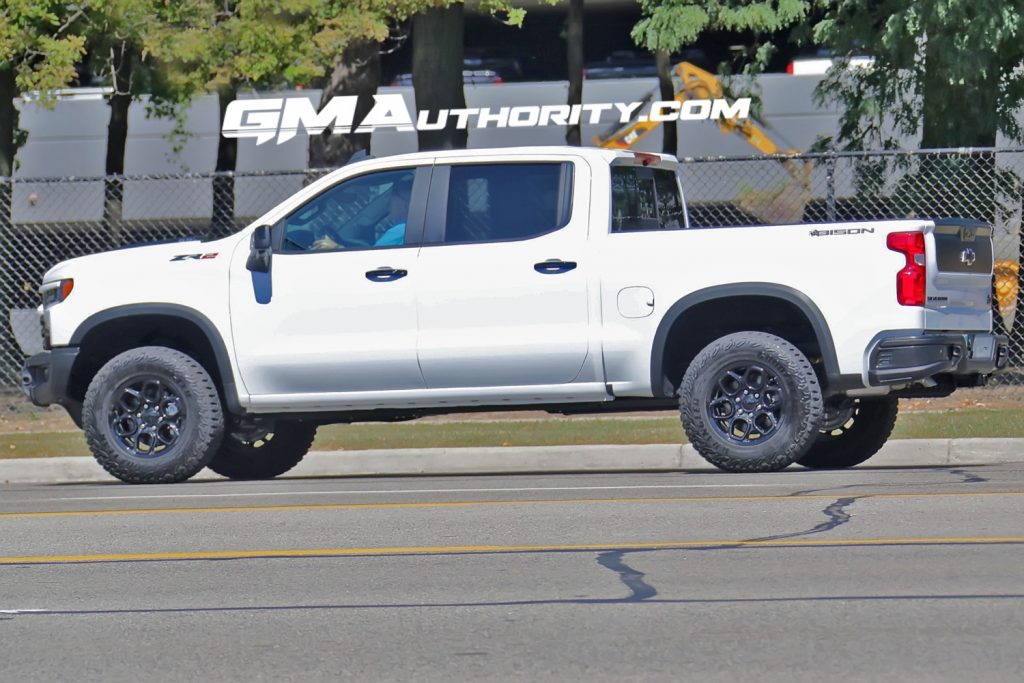 Keeping it shiny side up is factory-tuned off-road suspension with 40mm DSSV spool-valve dampers and 11.2 inches of ground clearance. Under the hood, the new Silverado ZR2 Bison is equipped with the naturally aspirated 6.2L V8 L87 gasoline engine as standard, rated at 420 horsepower and 460 pound-feet of torque. Output is directed through the GM 10-speed automatic transmission, plus front and rear e-lockers.

Notably, the 2023 Chevy Silverado ZR2 Bison does not offer the new 3.0L I6 LZ0 turbodiesel Duramax engine, which replaces the turbocharged 3.0L I6 LM2 diesel offered by the Silverado previously. The new LZ0 produces greater output than the LM2, rated at 305 horsepower and 495 pound-feet of torque. 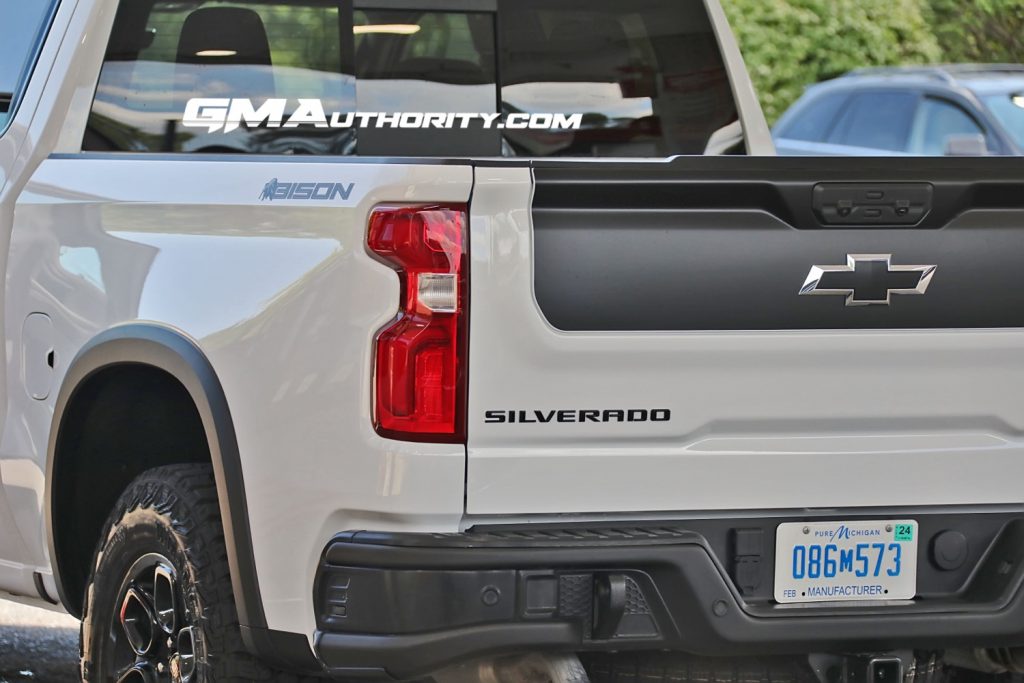 Production of the 2023 Chevy Silverado ZR2 will begin early next year. Pricing starts at $78,490, including destination freight charge (DFC).