The 2023 Chevy Colorado introduces a brand-new third generation for the midsize pickup, once again offering up the ZR2 off-roader. This time around, the Colorado ZR2 is available with the new-for-2023 Desert Boss Package, which ups the ante with even more rough-stuff goodness. Now, we’re checking the first live photos of the 2023 Chevy Colorado ZR2 Desert Boss in Glacier Blue paint.

Captured at the recent Woodward Dream Cruise in Michigan, this 2023 Chevy Colorado ZR2 looks tough thanks to a long list of impressive equipment, all of which complements the updated styling introduced with the latest third-generation overhaul. This particular model also shows off the restyled front fascia only available via the Colorado ZR2 Desert Boss package, including the large bash bar that stretches across the front grille. 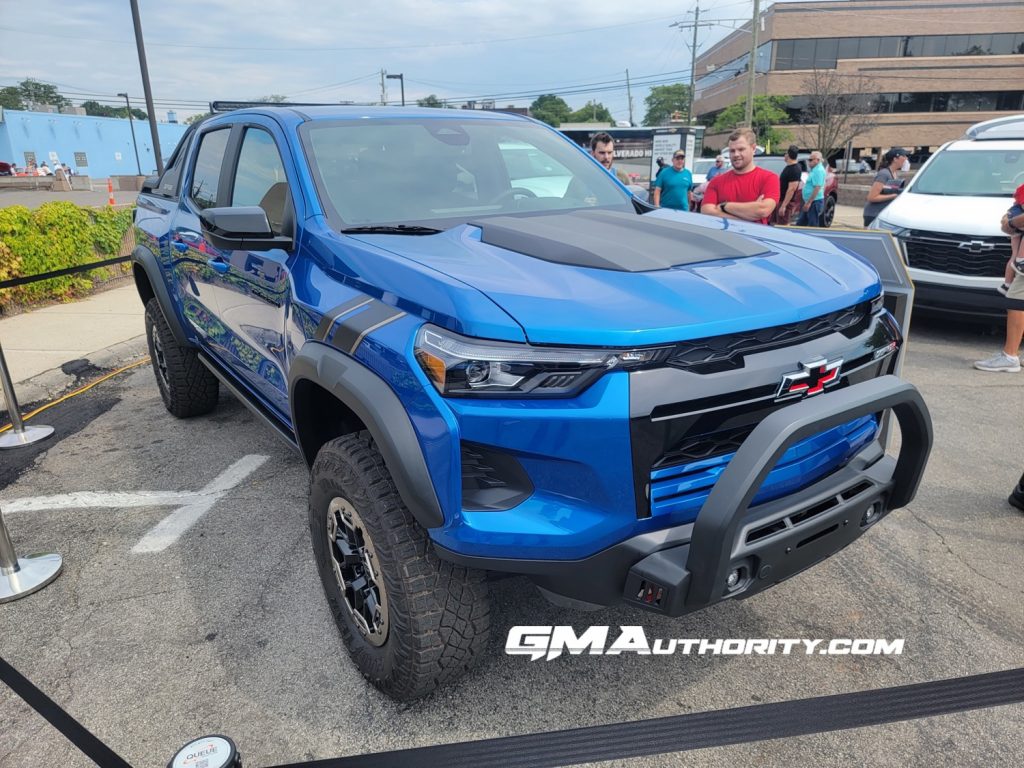 Moving to the corners, we see a set of beadlock-capable wheels wrapped in Goodyear Wrangler tires. Between the tires is a set of rocker protection bars, while a Desert Boss decal on the rear fenders is complemented by a hash decal up front. 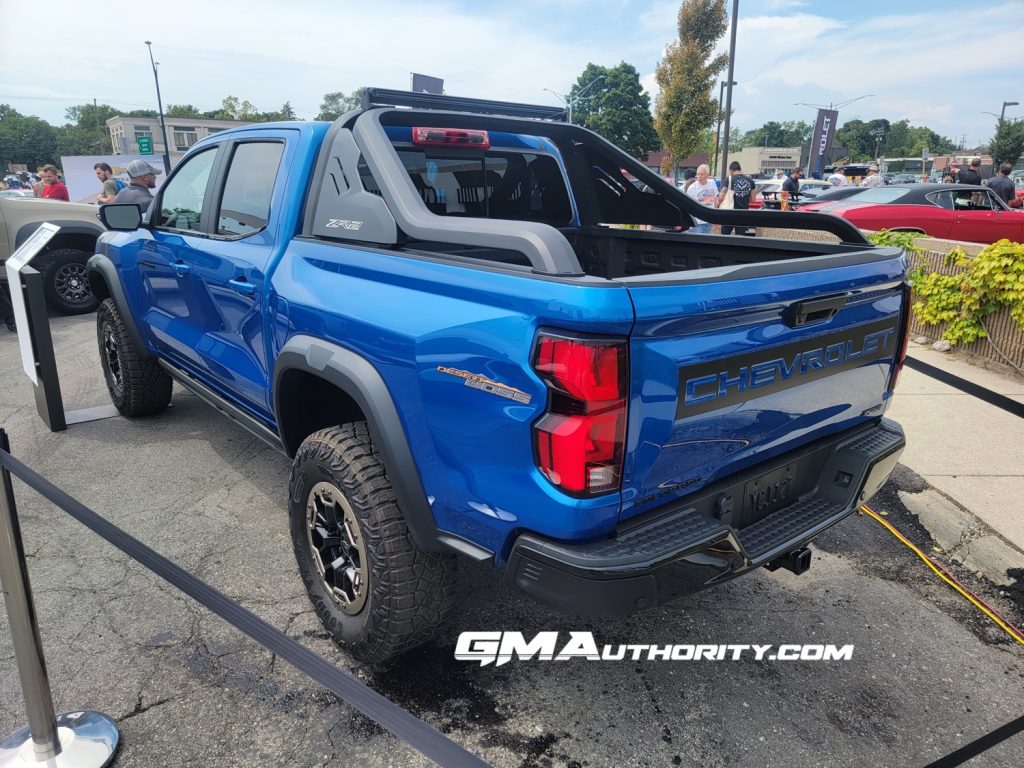 As for the power, motivation is sourced  from the turbocharged 2.7L I4 L3B gasoline engine running the top 2.7 Turbo High-Output tune. Peak output is rated at 310 horsepower and 430 pound-feet of torque, all of which is directed to the wheels through the updated GM 8-speed automatic transmission. 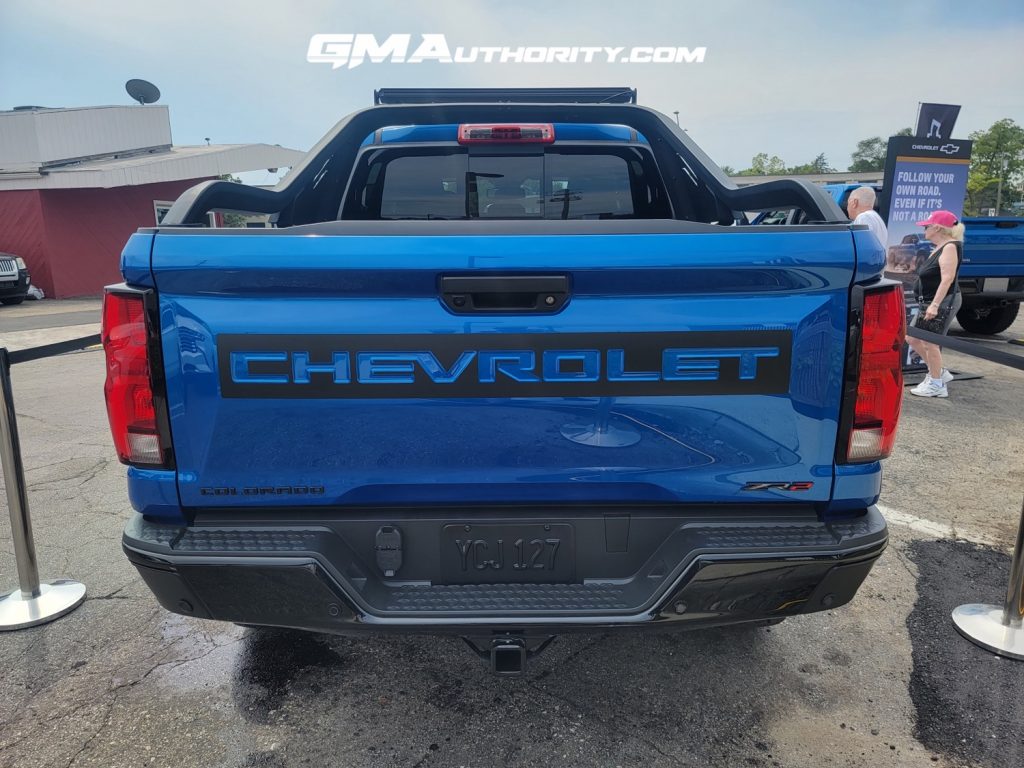 Production of the 2023 Chevy Colorado starts next year, and will take place at the GM Wentzville plant in Missouri.