The 2023 Chevy Blazer brings a refresh to the crossover’s fifth model year, including slightly revised exterior styling, a larger display within the center stack, and a few new interior features. One of those new interior features is the addition of the Jet Black colorway with Nightshift Blue accents, first introduced for the 2023 model year. GM Authority had a chance to check out this brand new interior colorway for the first time at the 2022 North American International Auto Show in Detroit, and are bringing you this live photo gallery for your enjoyment. The Jet Black/Nightshift Blue interior colorway is exclusive to the range-topping 2023 Chevy Blazer RS. It features a black primary color for the cabin, joined by cool blue accents on the seat piping, some of the stitch work, as well as the air vent surrounds.

The colorway adds no extra cost to the overall price of the Blazer RS, and can be outfitted in conjunction with all six exterior paint colors available for the sporty-looking model. Those paint colors are as follows (relevant paint codes listed in parentheses): 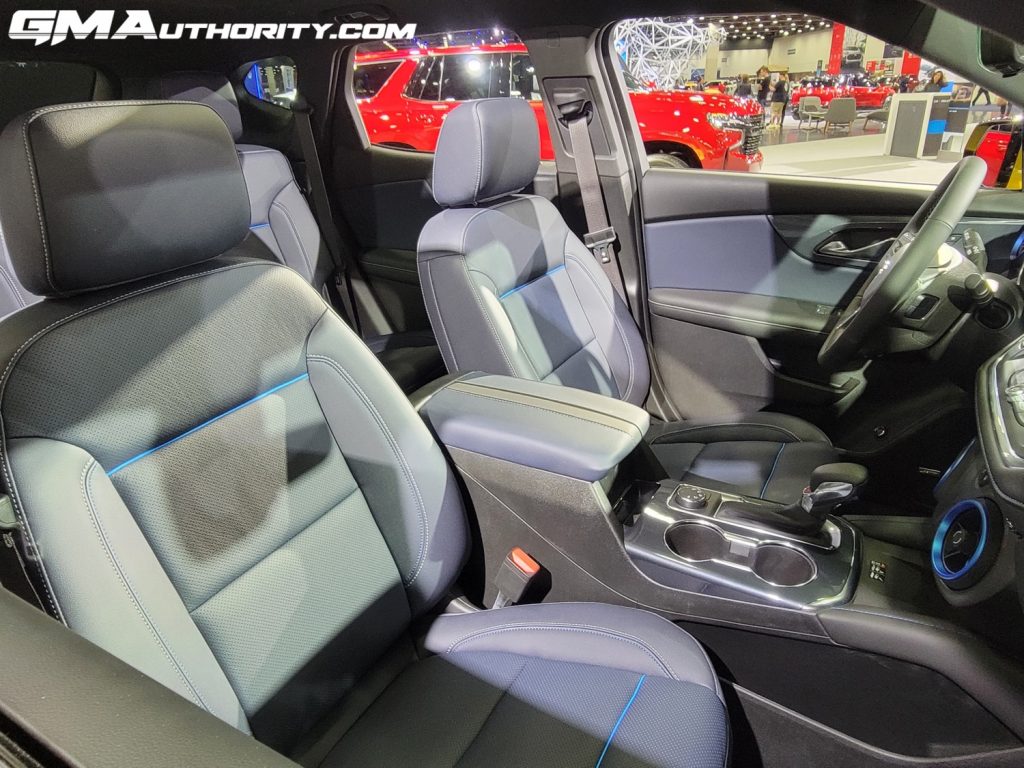