Having made it to KBB’s list of best used convertibles under $10,000 last year, the drop-top has once again landed on the same list this year.

The Saab 9-3 Convertible was ranked ninth on KBB‘s top 10 list, bumping it up one spot from its ranking the previous year. The publication praised the GM-era Saab convertible for its exterior styling and peppy powertrain. 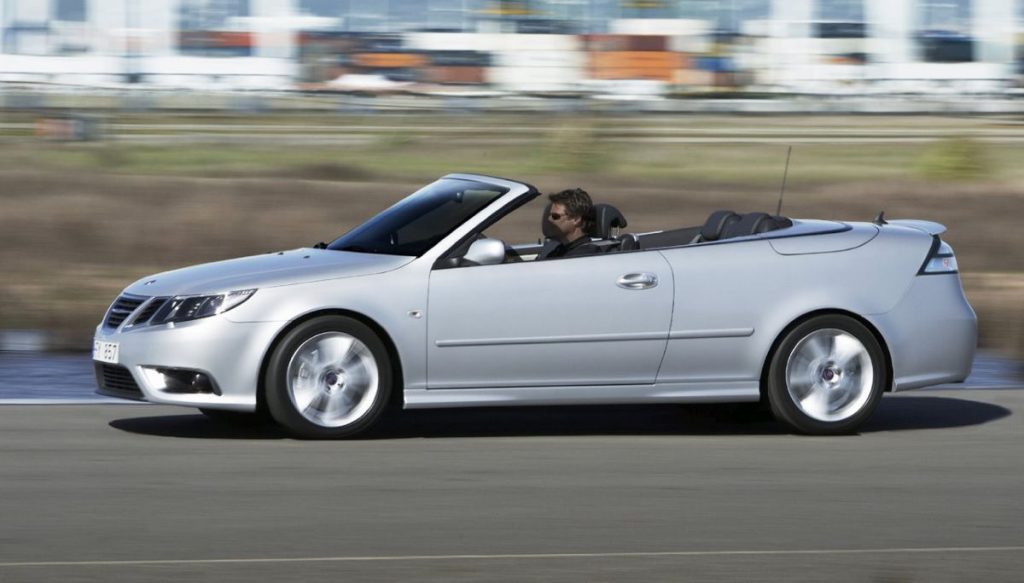 “The much-loved but sadly departed Saab brand is part of history now, but it can still be part of your present – take the 2009 Saab 9-3 convertible, for example,” the publication says. “With looks just as funky-fresh as the day it rolled off the production line, an available 255-horsepower V6 engine, and a manual transmission option, the Saab 9-3 is a characterful companion, top up or down.”

Speaking of engines, there were two choices available for the Saab 9-3 convertible. The standard engine was the turbocharged 2.0L I4, capable of 207 horsepower and 221 pound-feet of torque. This was offered with front-wheel-drive in conjunction with either a six-speed manual transmission or a six-speed automatic. Meanwhile, the Saab 9-3 Aero harnessed a turbocharged 2.8L V6 rated at 280 horsepower and 295 pound-feet of torque. It’s paired with a six-speed automatic and all-wheel-drive. 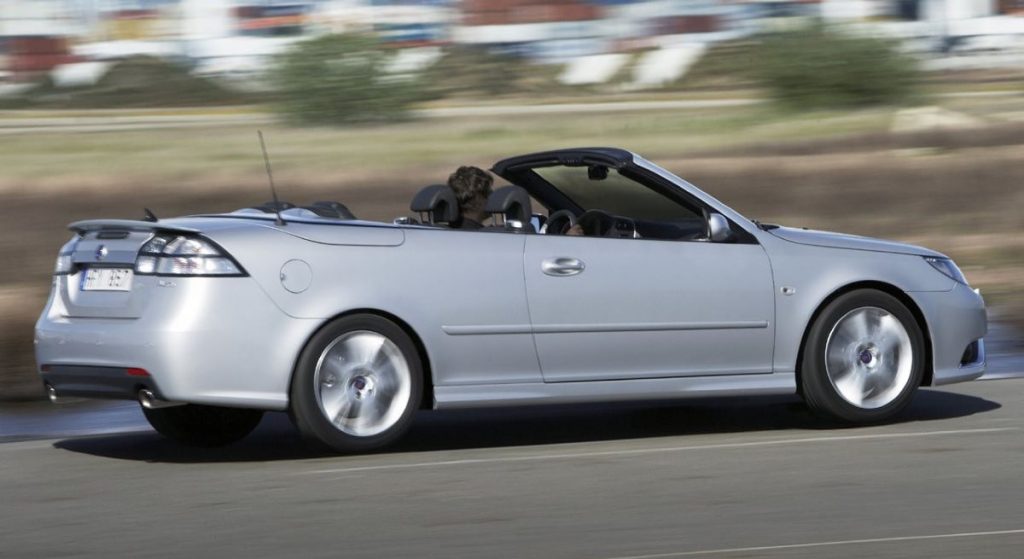 Until its discontinuation after the 2012 model year, the Saab 9-3 was produced at the automaker’s Trollhättan Assembly plant in Sweden and was underpinned by the GM Epsilon platform. This platform was also found beneath the Chevy Malibu, Buick Regal, Chevy Impala, Cadillac XTS and Pontiac G6, among many other GM passenger cars.

KBB listed the 2008 Mazda MX-5 Miata as the best used convertible under $10,000, praising it for its status as a legendary two-door roadster, and for being a vehicle that’s very fun to drive. It is followed by the 2009 Ford Mustang Convertible. Other mentions include the 2008 Toyota Solara convertible, 2014 Mini Cooper convertible, 2011 Infiniti G37 convertible, and 2008 Nissan Z convertible.