The Pontiac Firebird debuted in February of 1967, built on the same F-body platform as the Chevy Camaro, which had bowed five months earlier. The Firebird was a bit of a consolation prize for Pontiac, as the Performance Division had wanted to build a two-seat sports car based on the Banshee concept car. Chevy feared a two-passenger sports car would eat into Corvette sales, so GM axed the Banshee project. A couple of years later, Pontiac would get a performance-focused version of the Firebird in the Pontiac Trans Am. The Trans Am performance and appearance package was combined with an optional handling package, and named after the Trans Am racing series. Production was limited, with just 689 hardtops and eight convertibles leaving the factory. 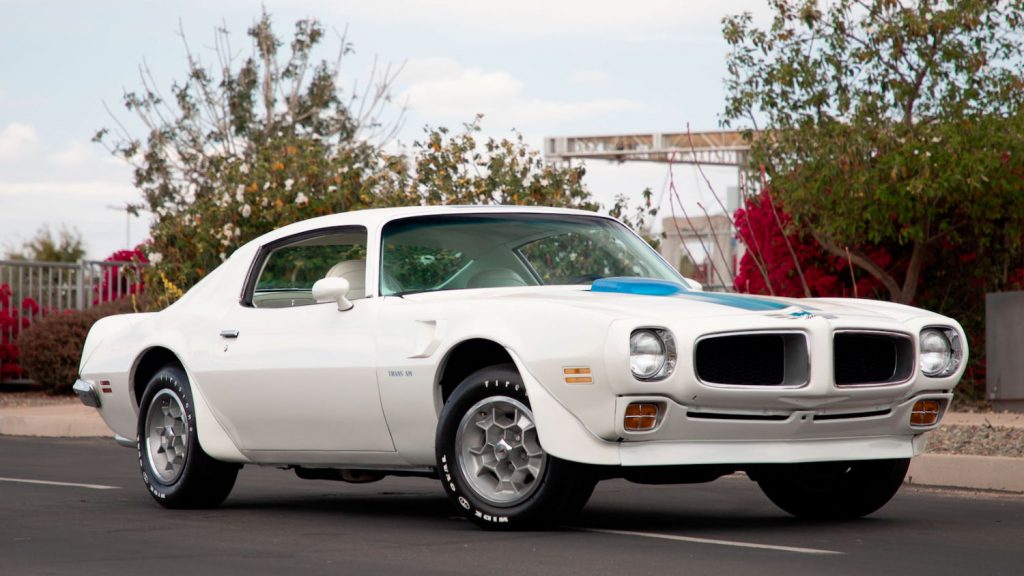 Engineering issues delayed the introduction of the 1970 Pontiac Trans Am until late February, 1970, and as such it is often referred to as a 19701/2. The second-generation Trans Am was more rounded, with sharp edges softened. Two engines were available for the Trans Am, both 400 cubic-inch Ram Air offerings. The L74 Ram Air III made 335 horsepower, while the L67 Ram Air IV made 345. 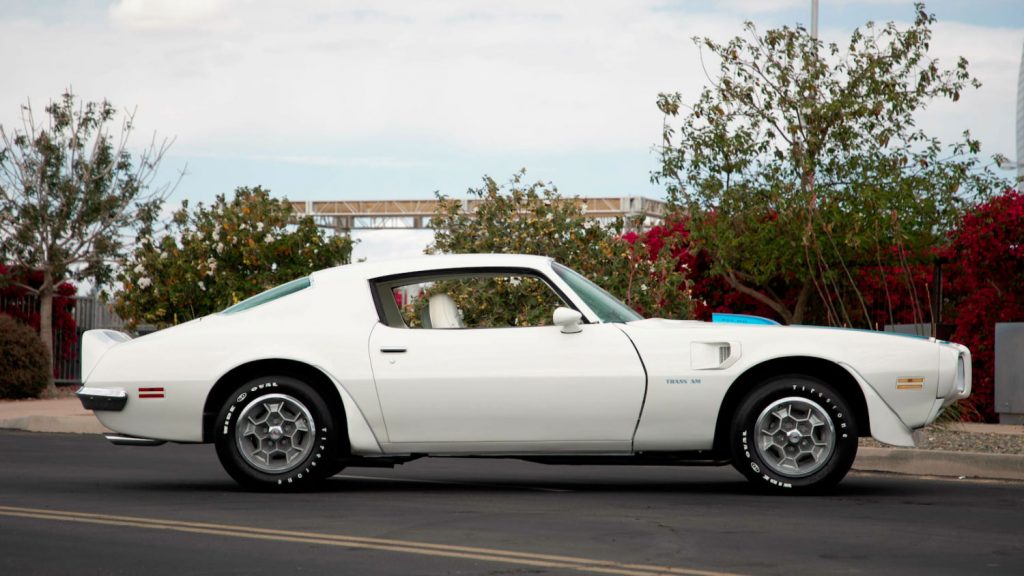 By 1972, federal emissions regulations and economy standards had come into play. The Pontiac Trans Am was powered by the LS5 455 HO engine. Output was rated at 300 horsepower, but the engine was essentially unchanged from the 335-horsepower version for 1971. 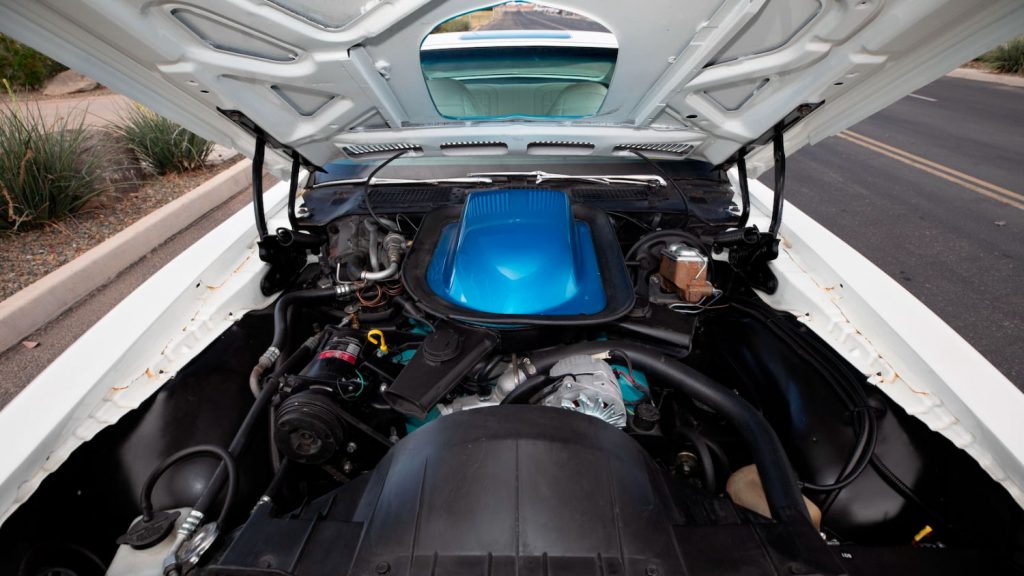 Our feature 1972 Pontiac Trans Am has been restored and is finished in Cameo White with blue decals over a white vinyl interior. The chrome rear bumper appears to have either been re-plated or replaced during restoration. Stainless trim looks to be well polished. The Trans Am rides on factory honeycomb wheels shod in Firestone Wide Oval bias-ply tires. 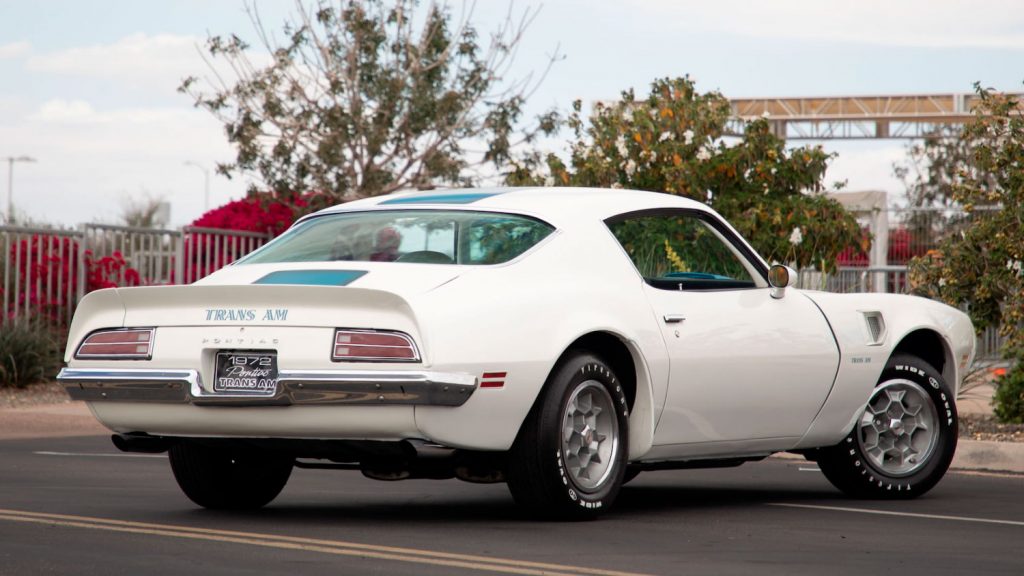 Inside, the Pontiac Trans Am is finished in white vinyl over black carpets. The dash features machine-turned aluminum trim, and is home to a factory speedometer and tach. The center console houses the shifter, power window switches, and 8-track player. The Trans Am is equipped with an AM/FM radio, air conditioning, power brakes, power steering, and the aforementioned power windows. 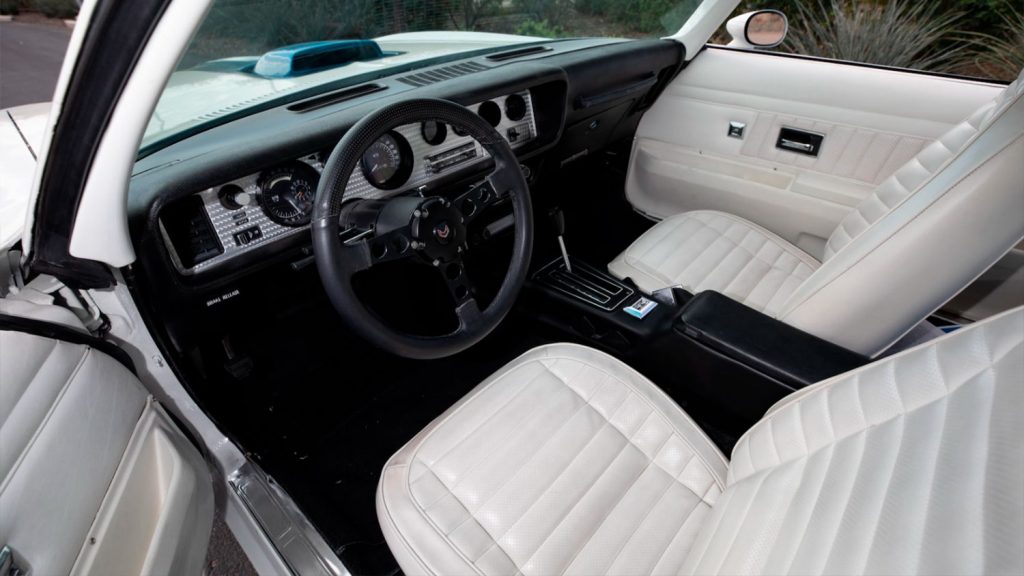 Beneath the Pontiac Trans Am shaker hood is a well-detailed engine bay that is home to the 455 cubic-inch HO V8. The 455 is backed by a three-speed automatic transmission.

This restored 1972 Pontiac Trans Am will cross the Mecum Auctions block at their Dallas, Texas event taking place September 7th through the 10th. 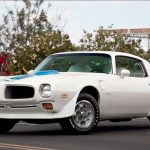 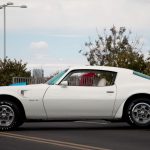 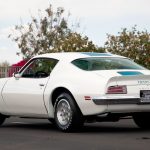 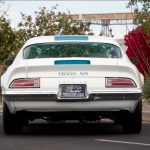 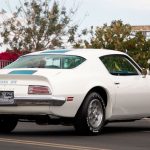 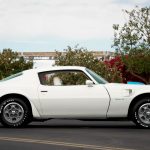 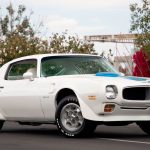 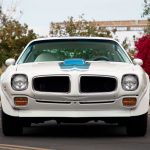 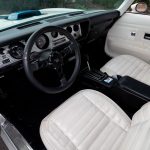 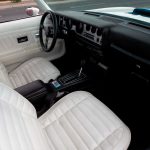 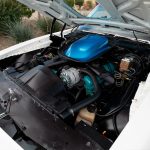 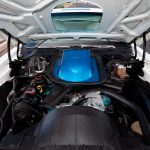 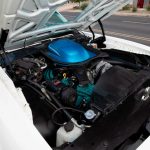