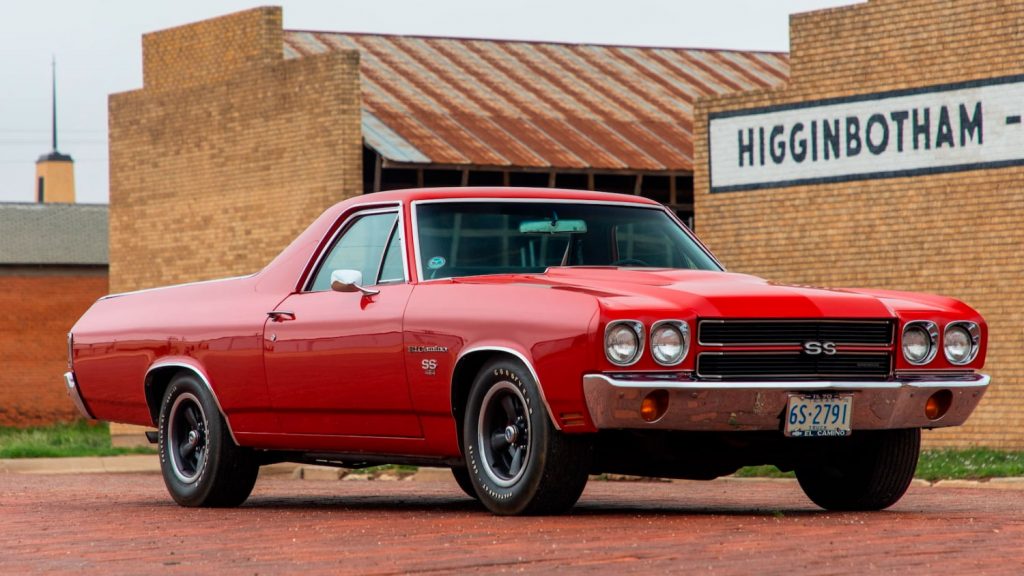 Our feature 1970 Chevy El Camino SS is finished in Cranberry Red without the traditional contrasting SS stripe package. No word on the extent of the restoration, but the paint is quite shiny and it would appear the brightwork has either been restored or replaced. The Elco rolls on steel five-spoke Chevy wheels wrapped in Goodyear Polyglas GT bias-plies, and stopping duties are handled by disc brakes. The bed is mint, and doesn’t look to have ever hauled a thing – at least not since it was repainted. 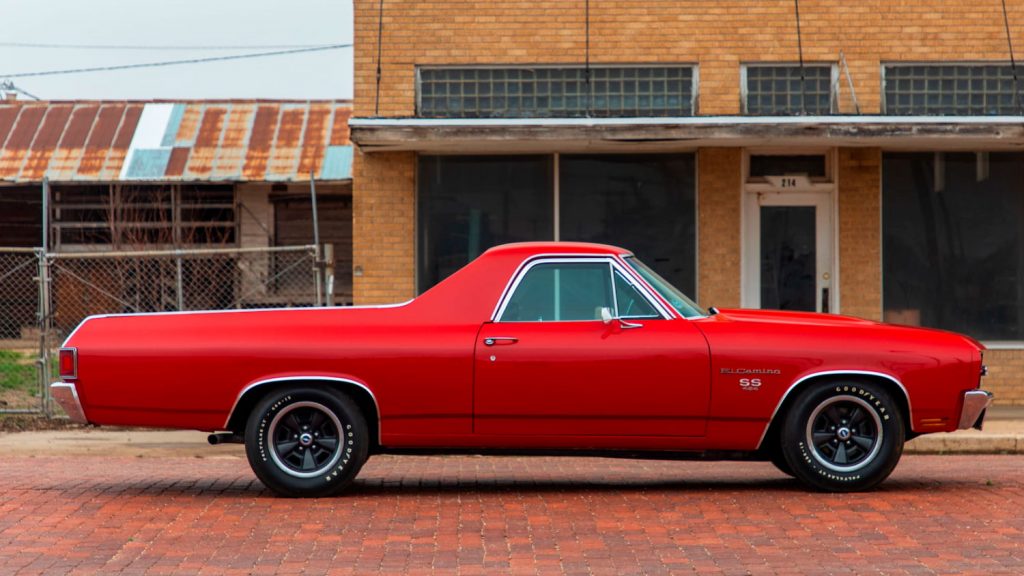 Inside, the 1970 Chevy El Camino SS is all black with a black vinyl-covered bench seat. The black carpet looks relatively recent, but could use a quick hit from a vacuum. A chrome Muncie floor shifter topped with a black shift ball stirs the four-speed manual transmission. The dash is home to the speedo and factory 6,500 rpm tach, and what appears to be a factory AM radio. 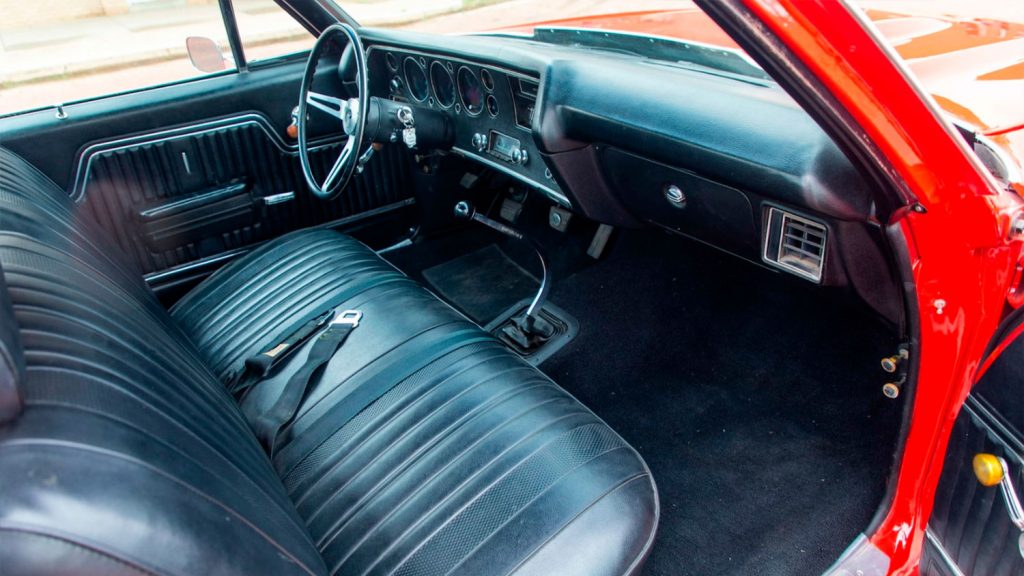 Under the hood of the Chevy El Camino SS is a 454 cubic-inch Big Block producing 450 horsepower. The auction listing doesn’t specify this as an LS6, so it is probably safe to assume the engine is not original to the car/truck. The engine bay is reasonably well detailed, and certainly presentable enough for Cars and Coffee or your local show-and-shine car show. 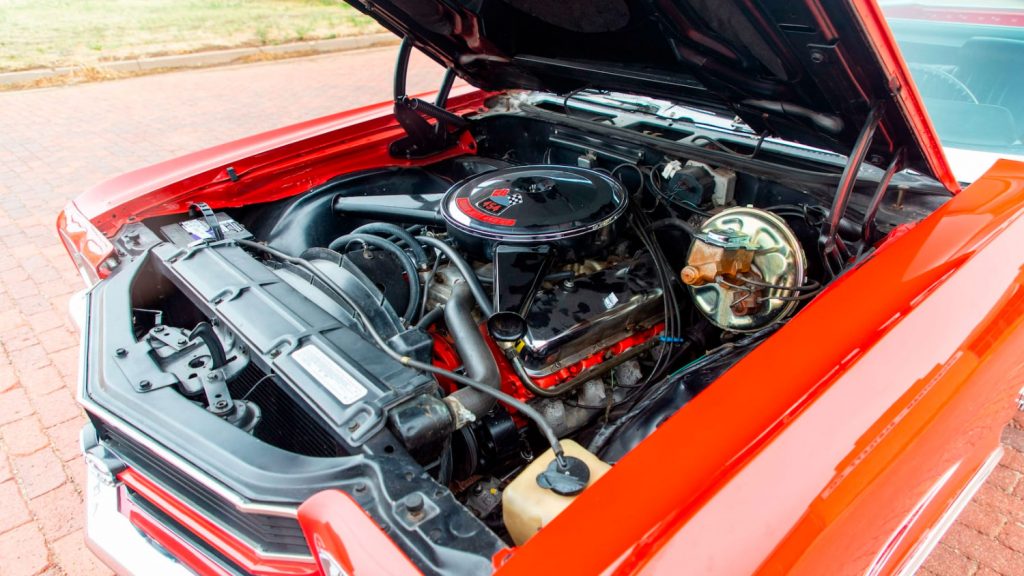 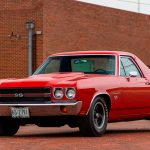 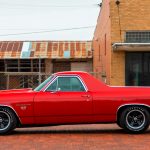 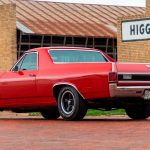 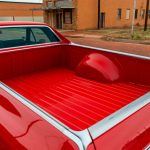 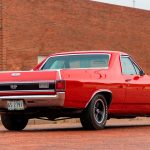 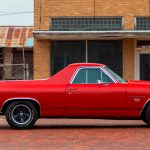 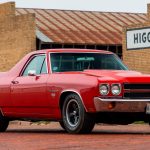 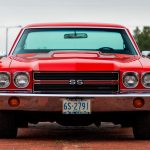 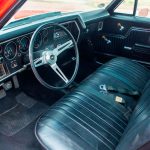 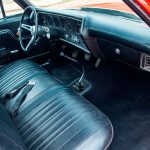 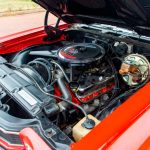 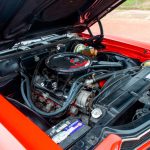