The C8 Corvette Stingray has only been out for a few years, but tuners and racers are already pushing some hugely impressive numbers on the dyno and at the track. Now, we’re checking out this built C8 Corvette as it puts down 1,500 horsepower and runs an 8.83-second quarter mile. 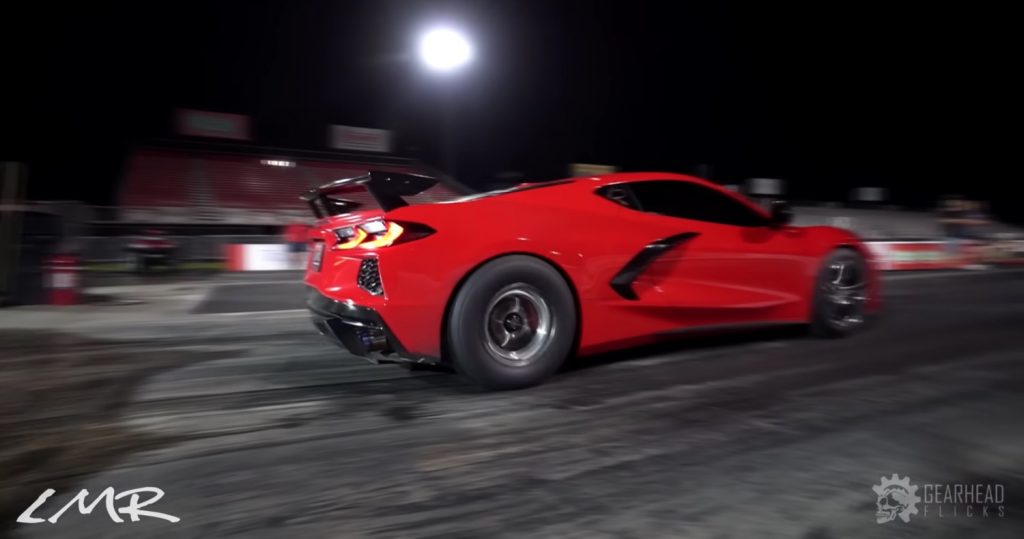 Coming to us from Late Model Racecraft (LMR), the video about 16-and-a-half minutes long and includes action at the drag strip and some insights at the shop. The video opens with LMR hitting Houston Raceway Park, where the C8 Corvette lines up to make a few passes, running a low-9 before dipping into the 8s with an 8.95 at 159 mph.

Naturally, LMR was far from done, getting back on track for a subsequent run to chip away at the ET, posting 8.83 at 160 mph. Notably, that time bests a record previously set, clocking in at 8.973 at 160 mph, as GM Authority covered late last year. 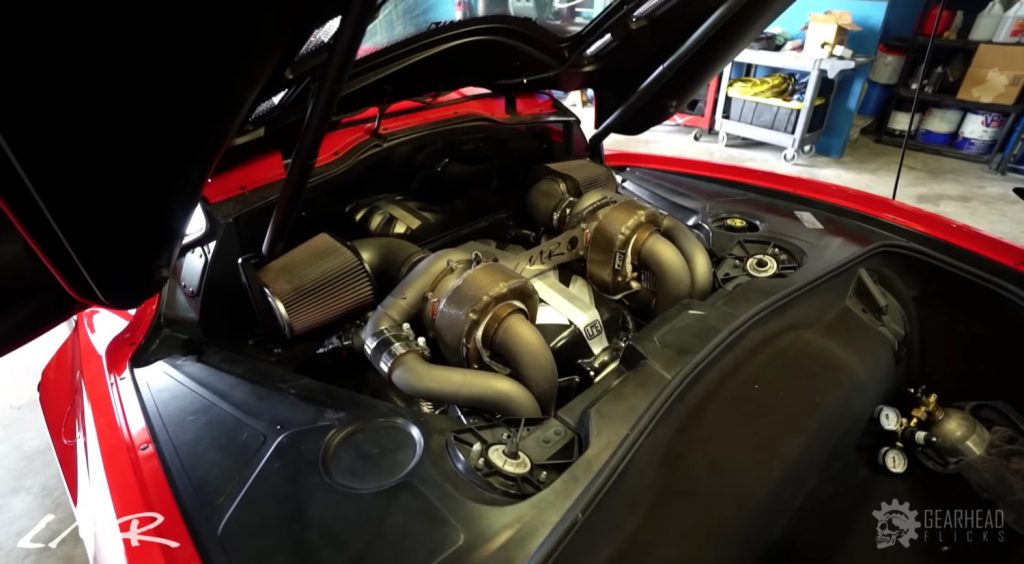 Impressive? You bet. After the track runs, we get back to the shop to check out the car. Behind the cabin, we see the LMR C8 Corvette running two massive turbochargers, which are strapped high in the Stingray’s engine bay and look pretty imposing. LMR also provides some insight into what it took to turn its C8 Corvette into a record-setter.

“These cars, the factory ECMs, they’re on a global network and everyone says they’re untunable,” LMR says. “So we are literally working around the factory ECM.”

Unsurprisingly, LMR turned to FuelTech to create a solution to tuning the C8 Corvette to make all that power without sacrificing reliability. 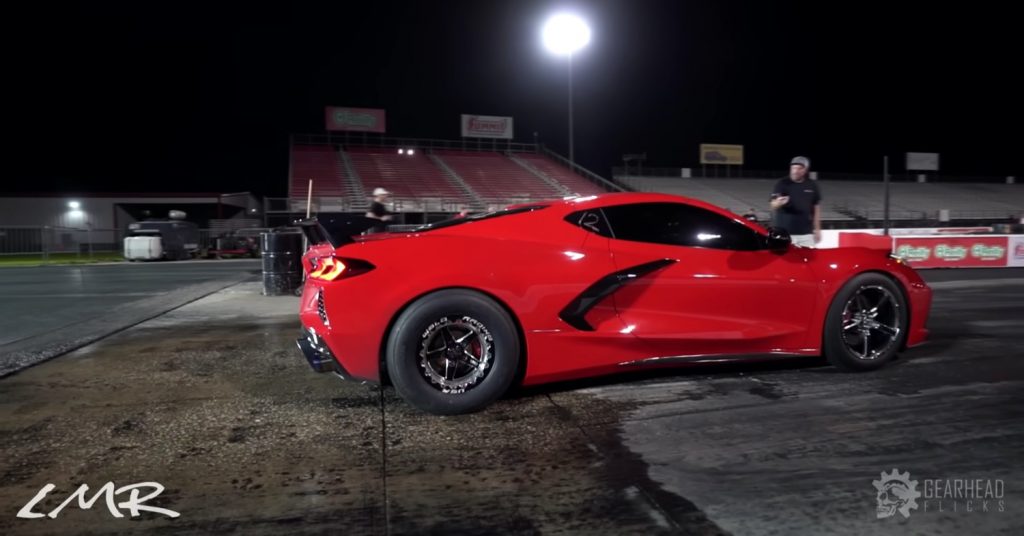 “This car, I literally drive to and from work every day, and also, as ya’ll saw, you can go to the drag strip and run 8s with it on the weekend,” LMR states.