The eighth-generation Corvette C8 may be grabbing the lion’s share of headlines these days, but that isn’t stopping some dedicated customizers from developing older generations. The so-called Valarravette is one good example, as seen in this new custom wrap that transforms the bespoke sports car into something truly otherworldly. 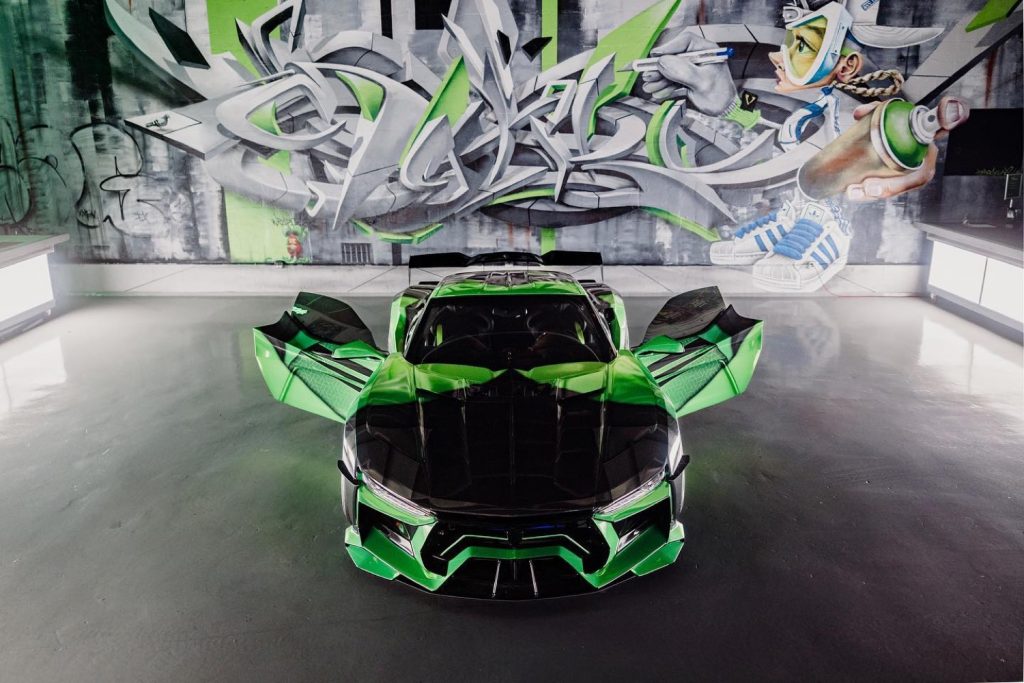 Recently posted to social media, the custom wrap is just the latest update for this totally customized C6 Corvette. According to the recent social media post, this build has been an ongoing process for the past three years – in fact, GM Authority first covered the Valarra Chevy Corvette C6 in 2019, at which time the two-door coupe was headed to Las Vegas for the annual SEMA Show.

The kit comes from Florida-based design company Mattao Concepts, and includes a wealth of carbon-fiber-reinforced plastic (CFRP) body pieces. The car rolls on 275/25R24 tires up front and ridiculous 405/25R24 rubber in the rear. The widebody treatment is so eye-catching, it grabbed the top spot in the Houston leg of the 2021 Hot Wheels Legends Tour, as applied to the 1,000-horsepower twin-turbo Corvette C6 of Michael Tran. 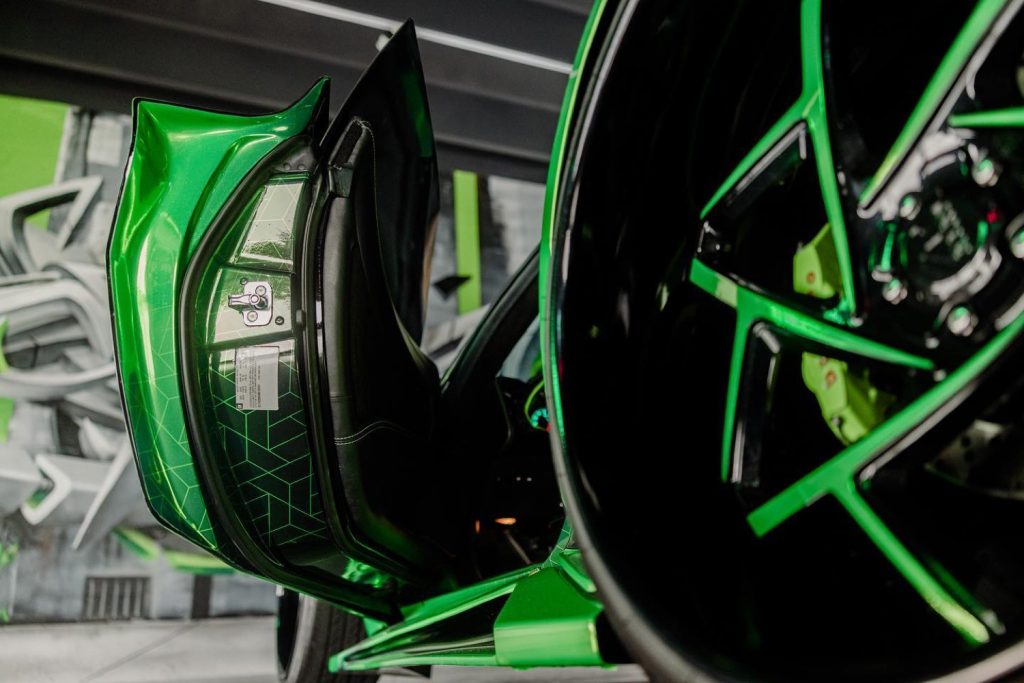 Now, we’re checking out the current state of the original Vallarravette, which is looking even wilder with its new custom wrap from Metro Wrapz. Highlights include a black-and-green color scheme that mixes organic shapes and geometric patterns that enhance the widebody kit even further. Look closely, and you’ll find subtle detailing in the doors, while even the door jambs are finished to match.

With its insane stance, wheels, and overall spaceship aesthetic, it’s hard to tell this thing is a Corvette C6. That said, the profile reveals the classic cab-back proportions and long hoodline we know and love from the previous-generation Corvette models, and no doubt the soundtrack is pure Chevy V8 goodness as well.

Check out the full series of images below: