The 2023 Chevy Colorado made splashdown late last month as an all-new third-generation vehicle complete with a revised exterior, overhauled cabin, and a new powertrain to boot. Now, we’re checking out this rather odd example of the 2023 Chevy Colorado, which appears to be a mashup of no less than three different trim levels. 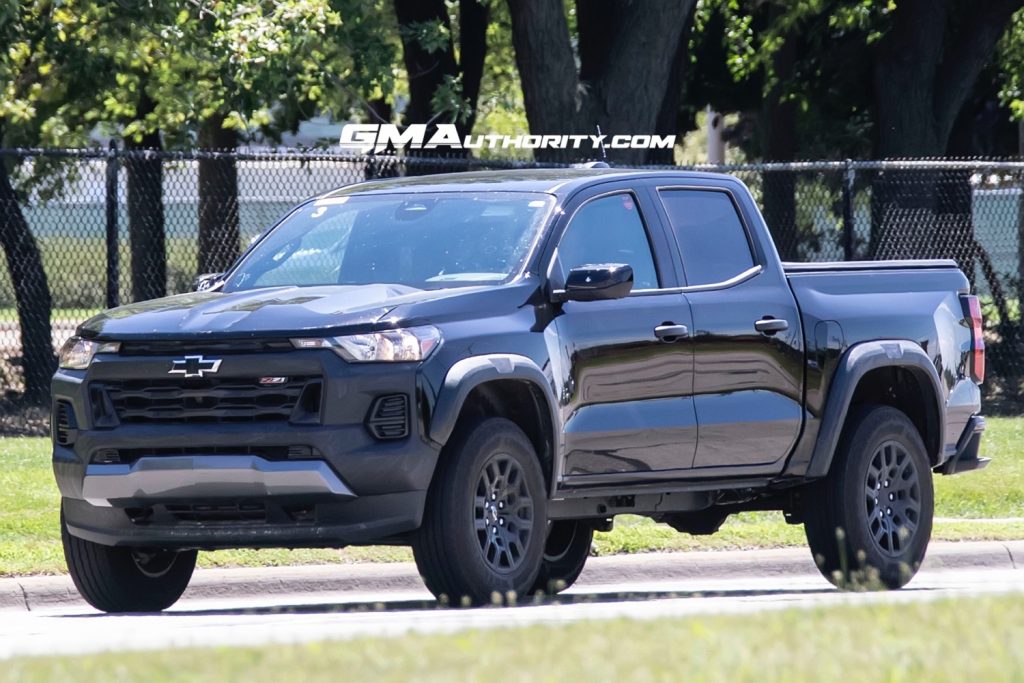 From the off, we should mention that these are the the first live photos of the new 2023 Chevy Colorado painted in Black paint, so that in itself makes this particular pickup quite noteworthy. However, as soon as we start to dig into the details, we uncover some rather strange things.

Let’s start up front where we see a flat-black fascia treatment with a silver-painted bumper garnish, a feature typically reserved for the 2023 Chevy Colorado Trail Boss. However, the grille also has a Z71 badge in it, while the lighting elements for the headlights are the base halogen clusters (as opposed to LED daytime running lights or LED headlights), a feature of the WT, Trail Boss, and LT trim levels. 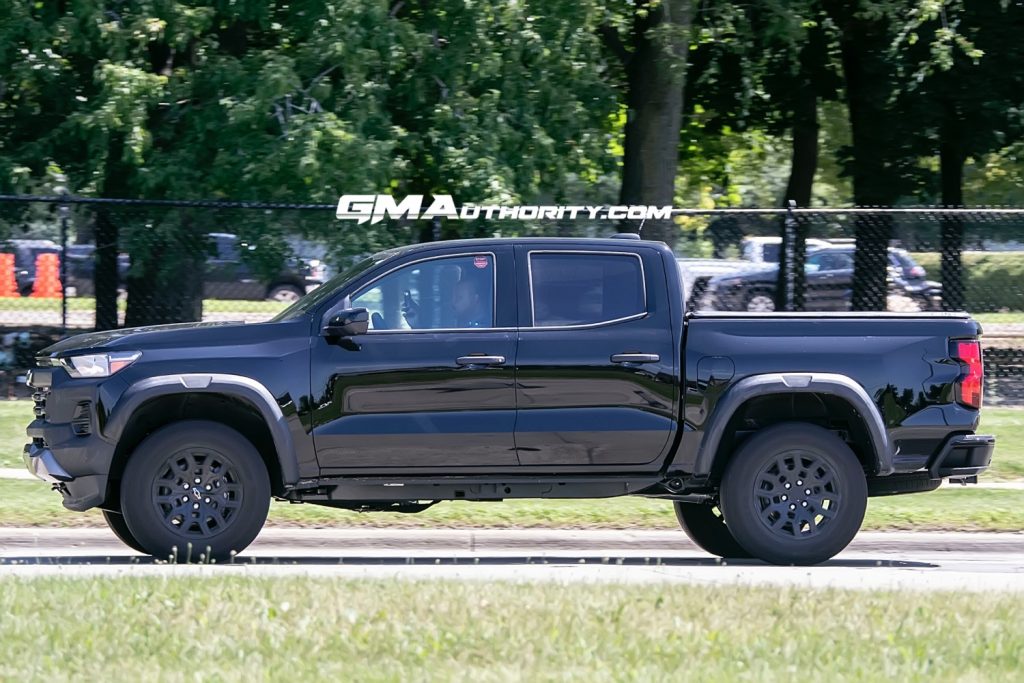 Then there’s the side view, where we see a set of 18-inch wheels with a black finish, which are normally equipped as standard for the 2023 Chevy Colorado Trail Boss and Z71 trim levels. However, the flanks are noticeably missing the usual Trail Boss and Z71 decals.

The rear end continues the weirdness with an LT badge on the tailgate, while we also spot the manual rear sliding window normally offered on Z71 trims and above. 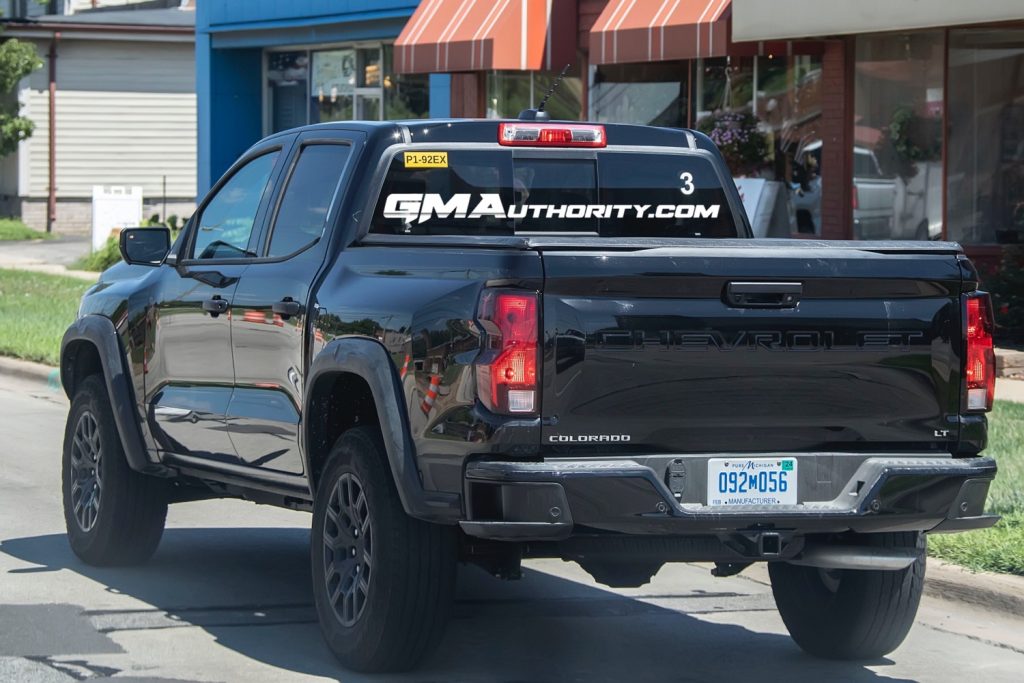 Indeed, this is one strange truck. Still, even with the mishmash of trim level features, this thing still looks quite nice, with the Black paint working well with the revised exterior lines of the next-gen 2023 Chevy Colorado.

Although not pictured here, the 2023 Chevy Colorado also introduces a fully overhauled cabin space, while under the hood you’ll find the turbocharged 2.7L I4 L3B gasoline engine available in three distinct levels of tune. The second-gen GM 8-speed automatic transmission is the only transmission offered. Under the skin is the 31XX-2 platform, which is a heavily updated version of the GMT 31XX platform that underpins the second-gen model. 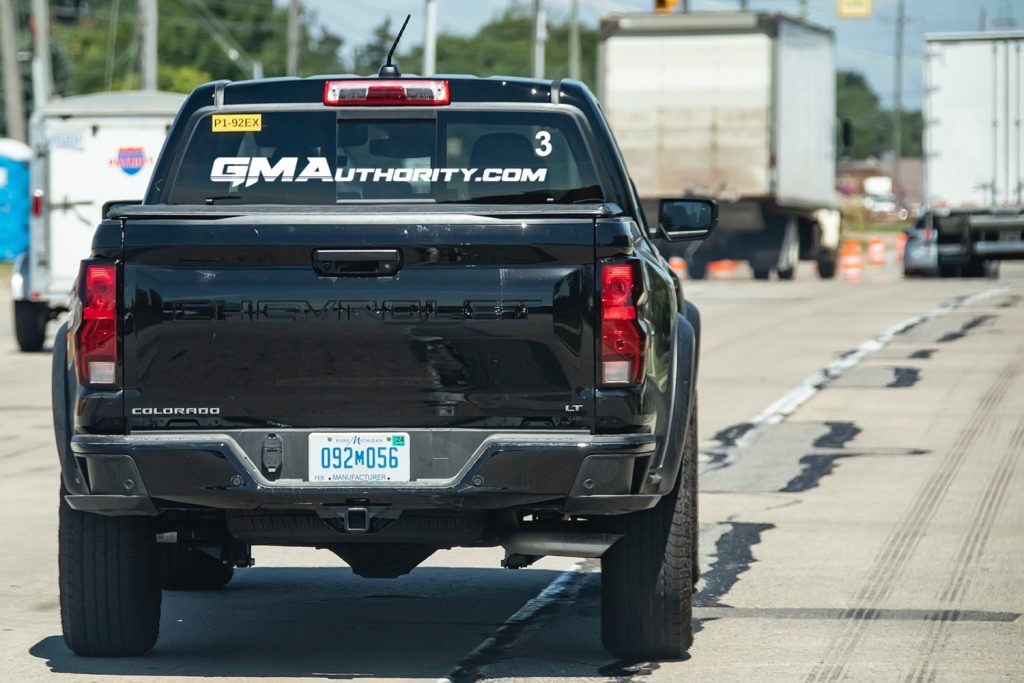 Production of the 2023 Chevy Colorado begins January 25th, 2023 and the GM Wentzville plant in Missouri.