For the vintage Chevy Camaro faithful, there are few cars more enticing or exciting than the COPO Camaro. Our feature car is one such example, but before we get to it, we should cover some history. 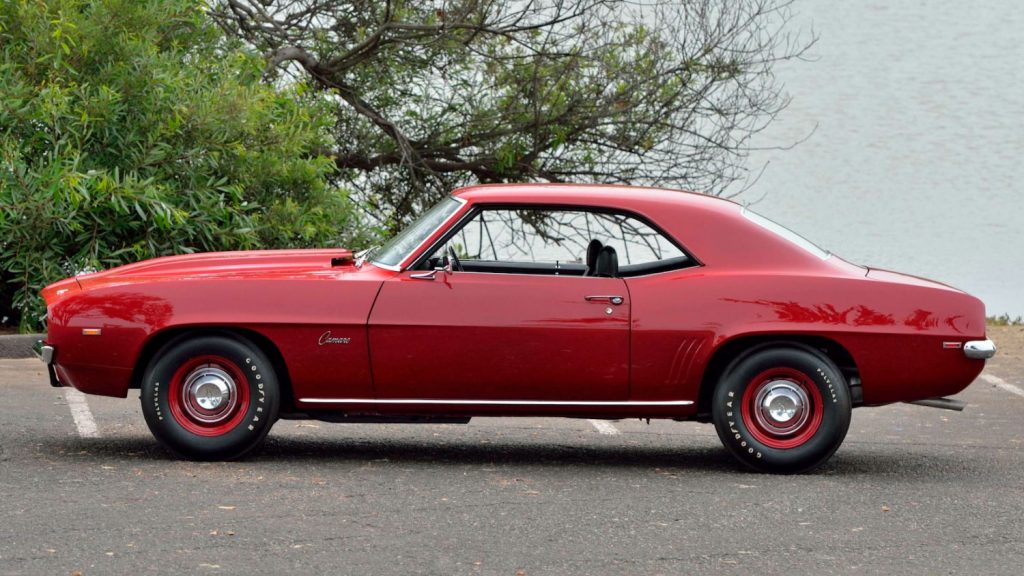 For the uninitiated, COPO stands for Central Office Production Order. COPO was usually applied to special service vehicles like cabs and police cruisers, cars that had to be ordered with a special set of options for the purpose they served. A COPO car could be ordered with options not usually available in a standard production car. This also meant that more performance-oriented vehicles could be ordered with options that were otherwise unavailable. In the late 1960s, GM had an edict that dictated F-Body cars, namely Chevy Camaros and Pontiac Firebirds, could not be powered by engines in excess of 400 cubic inches. A COPO Camaro could be had with the brutish L72 427 that made 425 horsepower, along with numerous other go-fast goodies. 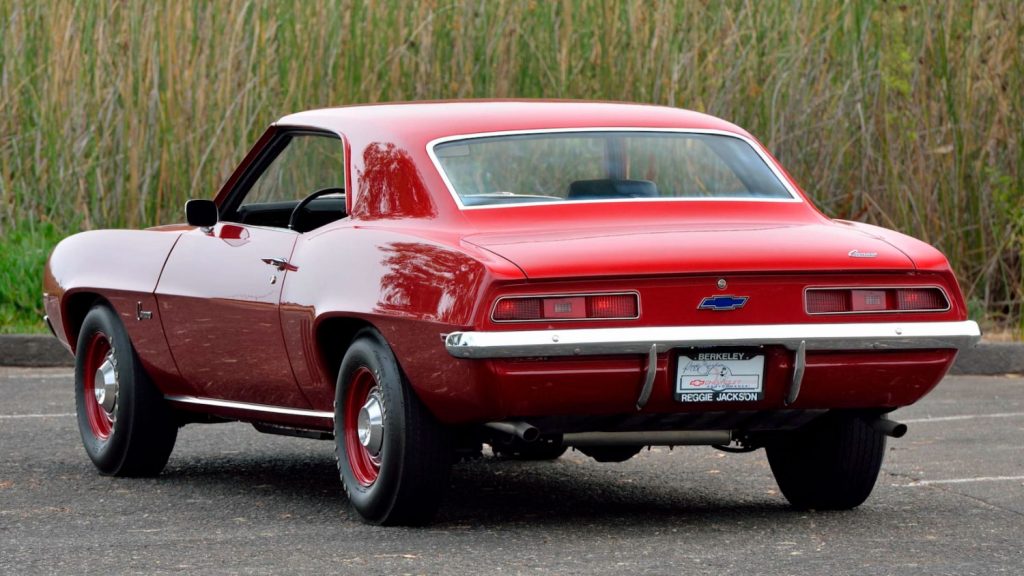 One of the Chevy COPO Camaro option packages was COPO 9561 that added $489.75 to the sticker. With that you got the iron L72 427 Big Block with 11.0:1 compression, a radical solid-lifter cam, rectangular port heads, a 780CFM Holley four-barrel carb that sat atop a high-rise intake manifold. Other additions included a ZL2 cowl induction hood, heavy duty springs, 12-bolt Positraction rear end with 4.11 gears, and a heavy duty radiator. Production numbers are debated, but it is thought that around 1,000 COPO 9561 Camaros were made. 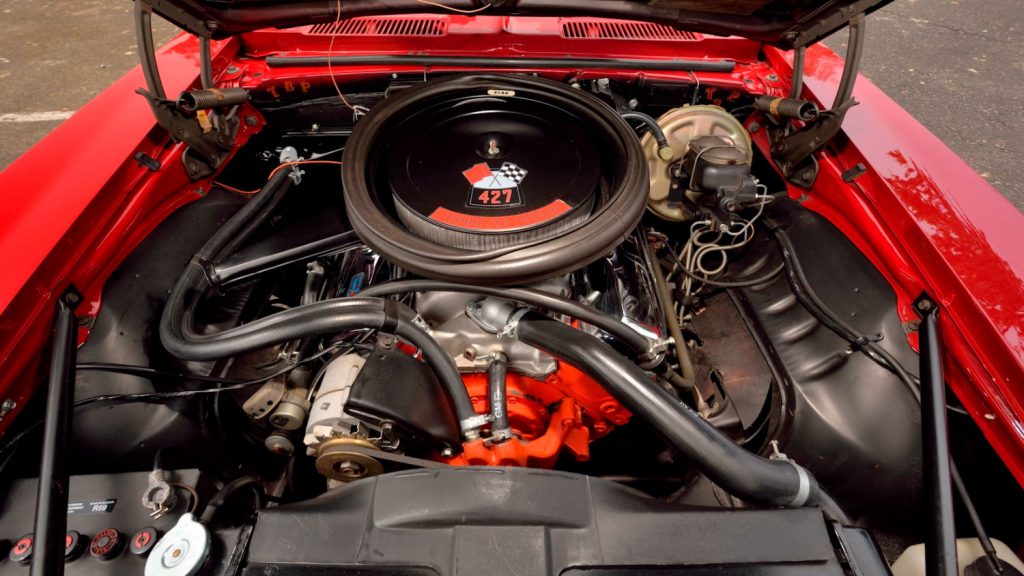 1969 was the final production year for COPO Camaros of that era, and these have proven to be the most desirable. With all the mechanical brilliance that came in the COPOs, there were no outward indications of what lurked inside. Many COPO Camaros had the “plain wrapper” look, without stripes or badges, with steel wheels and dog dish hubcaps. Of course, the exhaust note did give them away. 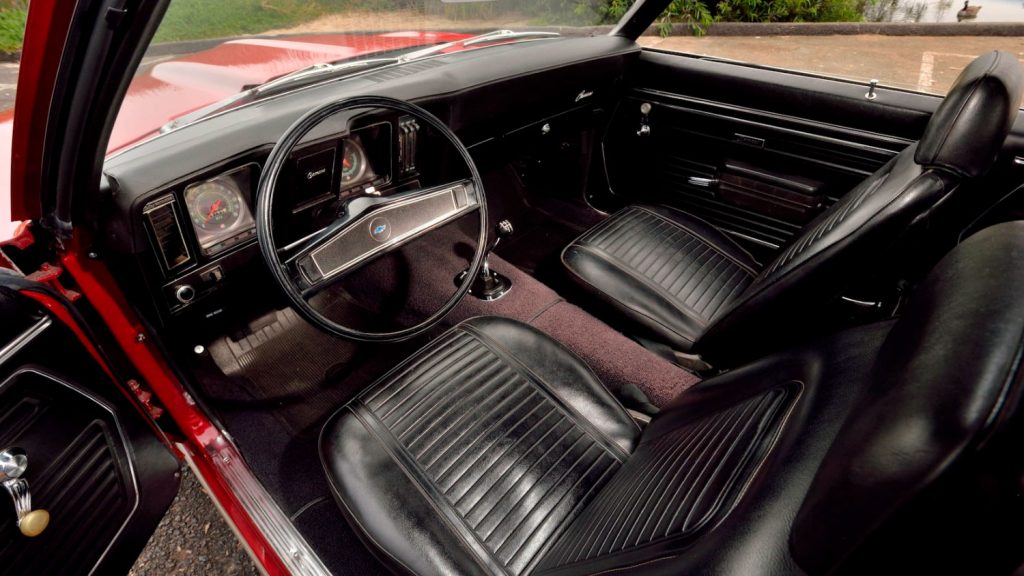 Our feature 1969 Chevy COPO Camaro was treated to a high-quality restoration in 2010, followed by certification by noted Camaro expert Jerry McNeish. It has the COPO 9561 option including a date correct 512 engine block, Winters aluminum intake, Holley carb, Muncie M21 four-speed manual transmission, twelve-bolt rear end, and a cowl induction hood. It is equipped with power brakes with front discs. Finished in Garnett Red over a black vinyl interior, the Camaro rolls on painted steel wheels with the aforementioned dog dish hubcaps. 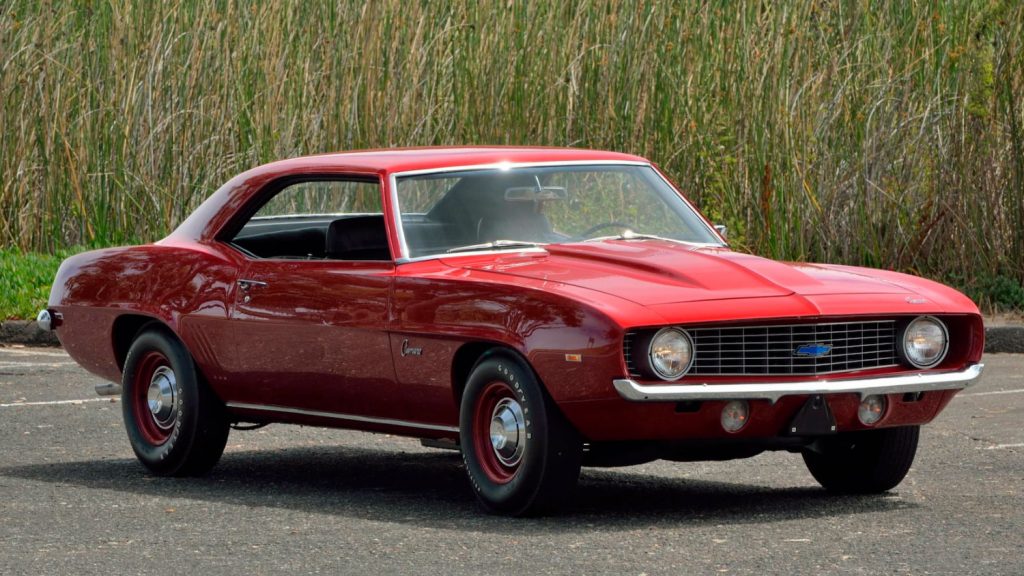 This Chevy COPO Camaro will cross the auction block at the Mecum Auctions Monterey sale taking place August 18th through the 20th. 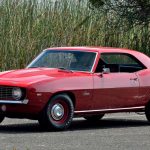 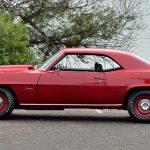 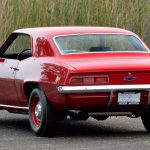 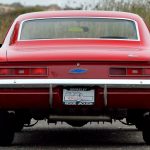 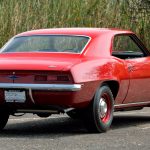 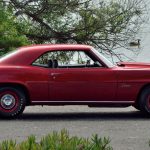 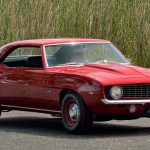 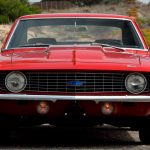 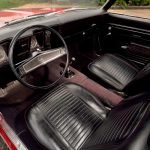 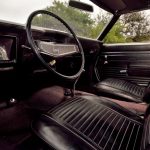 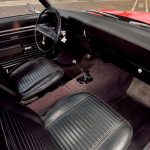 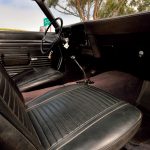 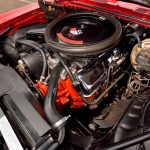 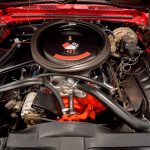 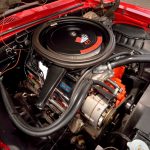